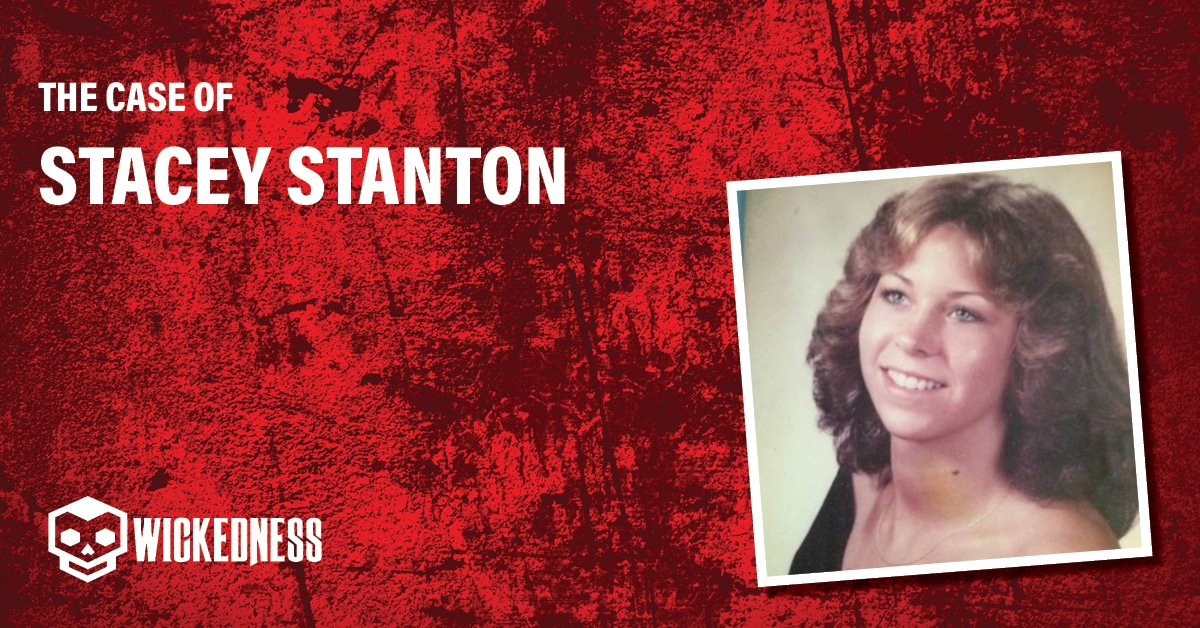 Elizabeth Stacey Stanton, who everyone knew as Stacey Stanton, was born on the 16th of November, 1961, in New Jersey. In 1987, Stacey moved from Northfield, New Jersey, to the town of Manteo. She was working as a waitress and part-time hairdresser. She was 25 years old and had been vacationing in Manteo for years. After leaving New Jersey, Stacey moved into a second-story two-bedroom apartment,m on Ananias Dare Street. Family friends rented it to her, and it was the perfect location. It was within walking distance from the dutches restaurant where she worked.

On February 3rd, 1990, at 1:45 pm in the afternoon, Stacey Stanton was late for her waitressing shift at a restaurant. One of the other workers, Tina, decided that since Stacey only lived a few blocks away, she would go and check on her at her apartment. It was only a 5-minute walk from the dinner. When Tina walked into Stacey’s small apartment, she made her way through the apartment, walking towards the bedroom, thinking Stacey might still be asleep. She called out many times but got no reply. Tina started walking back towards the entrance of the apartment when she came across the living room, and that’s where she saw Stacey. Stacey was sprawled out in her small living space, with blood everywhere. Tina leaves the crime scene and goes back to the dinner, where she tells the hostess and gets them to call 911. Tina and the hostess returned to the apartment, and within a minute or two of them returning to the bloody crime scene, law enforcement arrived.

Stacey had been found naked on her apartment floor with hair clutched in her hand. She had been stabbed 16 times. She also suffered two fatal slashes to the throat and had her right breast, chest, and vagina mutilated. An autopsy revealed no evidence of rape and that the mutilation had occurred after she was already dead. Stacey was brutally stabbed and attacked inside her apartment. Nothing was taken from her apartment. There was no sign of forced entry. However, a bloody washcloth was left behind.

Just days into the investigation, police had two suspects in their sights. A physical evidence report found 13 prints in the apartment. Seven were Clifton Spencer’s, four were Stacey Stanton’s, and two were Mike Brandon’s. Mike Brandon’s name was also found on items found in Stacey’s apartment. He was ruled out after coming to them within 5 hours of Stacey’s body being found with an alibi and telling them someone else to look at. The guy he pointed to, Clifton Spencer, was a known aquatint to Stacey and a known drug dealer. This new guy was pursued as the prime suspect. He was convicted of first-degree murder on the 2nd of April, despite no evidence. Clifton Eugene Spencer was sentenced to life in prison.

During the trial, Clifton Spencer said, “I’d’ rather die than plead guilty to something I didn’t do.” Clifton Spencer pleaded no contest to second-degree murder on January 9th, 1991, and was sentenced to life in prison. According to District Attorney H.P. Williams Jr., Clifton’s plea of no contest means that he does not challenge the charges against him but that he also does not admit guilt.

On April 24, 1992, Clifton filed a 77-page handwritten petition arguing that his attorney had forced him to accept the plea deal. He said that he was told if he didn’t take the plea and was found guilty, then he would have been sentenced to the death penalty. Being a black man, he was told he had no hope of winning the case. However, Judge Gary Trawick ruled that Clifton voluntarily pleaded no contest. As a result, he was to continue serving his full sentence. In October 1995, a private investigator who believed there to be more to this story gave Clifton two polygraphs, both of which he passed. However, in 1997 records of these results were nowhere to be found. Mike Brandon was arrested for breaking into the Dare County courthouse and trying to open the vault containing evidence from criminal cases.

In 2005 DNA tests were performed on the washcloth. The DNA evidence failed to incriminate another suspect, but it also didn’t contain Clifton’s DNA. The hair found in Stacey’s hands was caucasian hair, and Clifton had an alibi for that morning. He spent the morning at his friend Wayne’s, and there was no blood on his clothes. Clifton Spencer was released in July 2007 and now works as a truck driver with help from new lawyers and the innocence project.

What happened to Clifton Spencer?

Clifton Spencer pleaded no contest to second-degree murder on January 9th, 1991, and was sentenced to life in prison. He was wrongfully accused and was later released in 2007 when new evidence and DNA technology became available.

What happened to Stacey Stanton?

On February 3, 1990, Stacey Stanton was brutally murdered inside her second-story apartment in North Carolina. Stacey had been found naked on her apartment floor with hair clutched in her hand. She had been stabbed 16 times. She also suffered two fatal slashes to the throat and had her right breast, chest, and vagina mutilated. Her brutal murder remains unsolved.