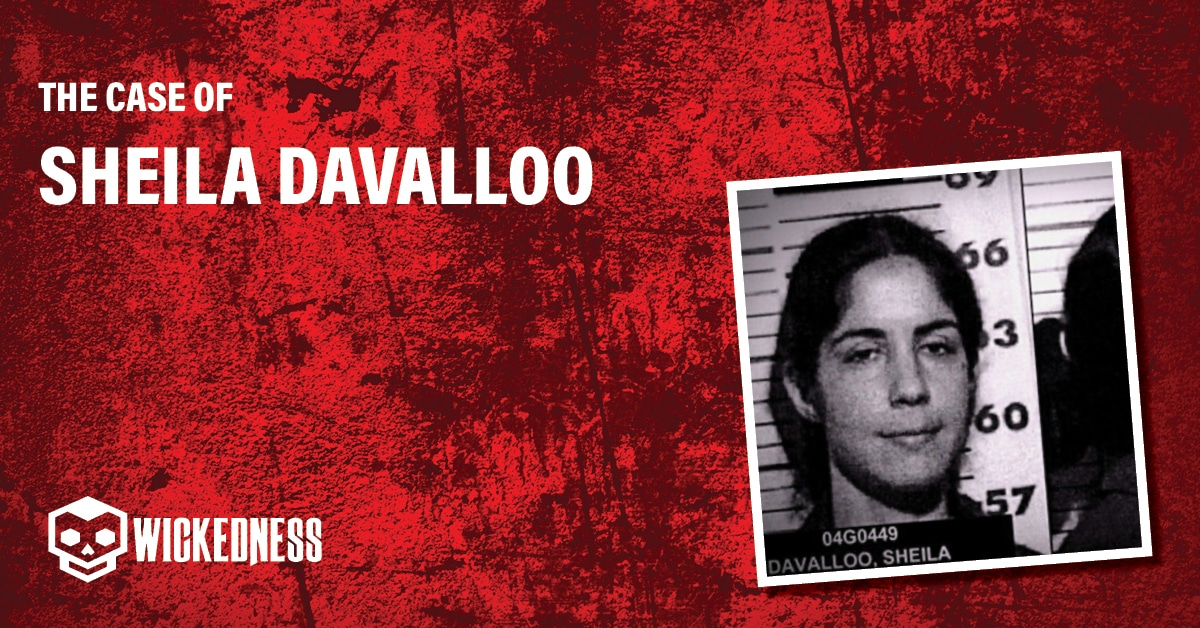 Sheila Davalloo was born on May 11, 1969, in Charlottesville, Virginia. At the age of two, her family and her moved back to Iran, their country of origin. However, at the age of 17, they fled the spreading violence of the war and settled in Yorktown Heights, New York. She was a gifted student in high school and attended college at SUNY Stony Brook on Long Island, where she acquired a degree in biochemistry. After graduating college, Sheila immediately married a businessman and family friend Farid Moussavi.

She then studied for a Master’s Degree at New York Medical College in Valhalla, New York, where she met Paul Christos in her classes. The pair hit off right away and eventually began dating and having a sexual relationship. But there was a secret Sheila was keeping from Paul. Sheila was already married. It wouldn’t be until Sheila and Paul graduated that he discovered this.

The Tangled Web of Love and Lies

Upon discovering that his wife was having an affair, Farid Moussavi filed for a divorce. Paul Christos in 2000 and moved to a new apartment to start a new life together. Sheila soon got a job as a research scientist at Purdue Pharma in Stamford, Connecticut. There she met Nelson Sessler, who she quickly became romantically entangled. When she started dating Nelson, she kept her marriage with Paul secret. She did this quite ingeniously. Whenever Nelson visited her, she would get her husband to leave the house and stay in a hotel by telling him that her schizophrenic brother Shahiem, who didn’t know she lived with anyone, was staying over. Paul had never met this brother of hers, but he never questioned her. When she asked him, he would promptly leave for a hotel room with all his clothes and toiletries, leaving behind no traces that a man had stayed in the house. Nelson said that she told him that she was divorced.

Sheila only has two verified victims that she harmed physically. However, reports say that she scarred many others emotionally.

Anna Lisa Raymundo was a coworker of Sheila and Nelson at Purdue Pharma. She was also part of the love triangle between the three of them. So when Nelson broke up with Sheila to focus on his relationship with Anna Lisa, Sheila was annoyed. She couldn’t accept that he could love someone else more than her and began plotting how to bring his new relationship to an end.

On November 8, 2002, 33-year-old Sheila Davalloo repeatedly hit Anna in the head before stabbing her in the chest, neck, and face, leaving the 32-year-old with almost 20 stab wounds. After killing her, Sheila washed her hands in Anna’s bathroom sink and then fled the scene of the brutal murder. She went to a nearby restaurant and used a payphone to phone 911. However, Sheila did not confess to the murder. Instead, she told the operator that she saw her neighbor being assaulted by a man. She refused to give the operator her name but gave them Anna’s address.

When officers arrived at Anna Lisa’s home, the crime scene, the “man” was gone, and all they could see were signs of a struggle. The whole place was scattered, and they discovered the 32-year-old Anna Lisa’s brutally beaten and stabbed body. There was a clump of hair in her hand, which the police presumed to belong to her assailant. The police investigation went on for quite some time, and in May 2003, they were working on the lead that her killer was a female coworker. Meanwhile, that same year, Sheila and Nelson resumed their romantic relationship.

Nelson wasn’t the only man in Sheila Davalloo’s life. She was still married to Paul, who, in her mind, stood in the way of her and Nelson’s happiness. She decided she had to kill Paul so she could be with Nelson.

On Sunday, March 23, 2003, Sheila suggested that she and Paul play a game. The game involved Paul being blindfolded and handcuffed. According to Paul, the game was an innocent exercise she had learned at work, nothing sexual in nature. The game most certainly didn’t involve him getting stabbed. However, shortly after, Paul was restrained and unable to see Sheila stabbed him twice in the chest. She claimed it was an accident and tried to call 911 but claimed that the line was busy. After so much pleading, Sheila released Paul from the handcuffs and drove him to the Westchester County Medical Center to get medical treatment. But once they arrived, she didn’t take him to the emergency room immediately. Instead, she drove a remote part of the parking lot and stabbed him again through the heart. An onlooker who saw this attack raised the alarm. Sheila fled the scene while Paul was taken to the emergency room immediately. Paul survived the attacks and was to be investigated by police as soon as possible. However, in the meantime, Sheila’s phone records implicated her. She claimed to have called 911, but the only call the police could see around that time was a call to her lover, Nelson. Shelia was arrested for the attempted murder of Paul Christos, and Nelson was questioned. Nelson expressed surprise that she had a husband and said she called that day because she wanted him to come to the house for a date.

33-year-old Sheila Davalloo stood trial for the attempted murder of her husband on February 4, 2004, in the Westchester County Courthouse. Her husband Paul was well enough to testify and testified that he didn’t know her as violent, but she stabbed him. A psychiatric analysis of her called her “deeply manipulative and deceptive.” On April 20, 2004, Sheila Davalloo was sentenced to 25 years in state prison without the possibility of parole which was the toughest sentence allowed by New York State law. Sheila Davalloo was convicted of Anna Lisa Raymundo’s murder on February 10, 2012. She was sentenced to an additional 50 years in prison.

What happened to Anna Lisa Raymundo?

Anna Lisa Raymundo was a coworker of both Sheila and Sheila’s lover Nelson at a pharmaceutical company called Purdue Pharma. However, when Nelson broke up with Sheila to pursue a relationship with Anna Lisa, Sheila was not happy. On November 8, 2002, Sheila brutalized Anna and cleaned her hands in her bathroom sink before leaving her for dead. Anna Lisa Raymundo was discovered dead with a head injury and almost 20 stab wounds. Sheila received a 50-year prison sentence for the murder of Anna Lisa.

What sentence did Sheila Davalloo receive?

Shelia was sentenced to twenty-five years in prison for the attempted murder of her husband Paul and an additional fifty years for the murder of Anna Lisa. Which effectively was a life sentence.

What happened to Paul Christos?

On March 23, 2003, Paul was stabbed repeatedly by his wife during a so-called innocent game. After much pleading from Paul, she drove him to a nearby hospital, but instead of taking him to get the urgent medical care he needed, she took him to hospital parking, where she stabbed him again, this time through the heart. Thankfully an onlooker saw, and Paul got the medical treatment he needed and survived the attack to later testify in court.