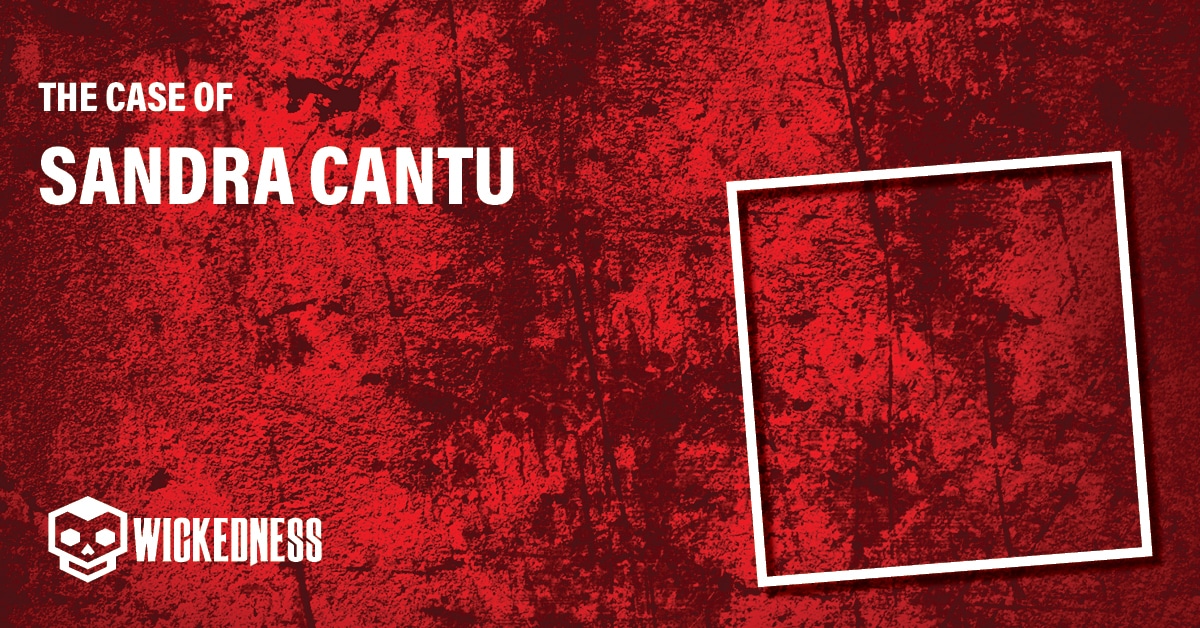 In a suitcase thrown into a pond in Tracy, California

8-year-old Sandra Cantu enjoyed playing with her friends, just like any other child. On March 27, 2009, she played at one friend’s house and returned home at around 4 p.m. Later that evening, she said to her mother she will go to play at another friend’s house. She never came back, and it was the last time that her mother, Maria Chavez, saw her little girl alive…

Who Was Sandra Cantu?

Sandra Renee Cantu was born on March 8, 2001, as the youngest of four children. She lived with her siblings, mother, and grandparents at Orchard Estates Mobile Home Park in Tracy, California. Sandra was a second-grade student at  Melville S. Jacobson Elementary School.

As an outgoing child, Sandra had plenty of friends, and she loved playing with them. Little did this innocent girl know, that danger lurked while she went playing…

March 27, 2009, was seemingly a usual day for the Cantu family. Sandra played at her friend’s house until 4 p.m. She came home and later said she wanted to go and play at another friend’s house. Once she didn’t return for dinner, her mother reported her missing to the police at 7:53 p.m.

The police took a look at the security camera footage that was recorded by a surveillance camera near the Cantu’s home. The surveillance video showed Sandra Cantu crossing the street in front of her home until she disappeared from the frame. The footage was shown on national TV stations. FBI joined the investigation and thoroughly searched the trailer home complex where Sandra’s family lived.

Police dogs, equestrian teams, all-terrain vehicles, and a helicopter were all employed in a massive search to help find Sandra. A reward worth $22.000,00 was offered for any information regarding Sandra’s disappearance. A local man, who was witnessed kissing Sandra on the lips at a local swimming pool 2 years ago when she was only 6 years old, was questioned but cleared of any involvement.

The search seemed to reach a dead-end, until April 6, when a local irrigation pond went through routine draining. A suitcase was found at the bottom of the pond, and it contained Sandra’s dead body.

The autopsy reports showed that Sandra was beaten and sexually abused with a foreign object before death. The cause of death was found to be smothering after a blood-soaked cloth was found around Sandra’s neck. A toxicology report showed that she ingested Xanax.

At first, the killer’s profile made by FBI experts was a white male between the ages of 25 and 40, with a criminal history of sexual assault and child pornography. However, the police soon moved their attention to a former Sunday school teacher, 28-year-old Melissa Chantel Huckaby.

Melissa Huckaby’s daughter was friends with Sandra Cantu. Melissa acted weirdly on the very day of Sandra’s disappearance, when she sent a text message to Sandra’s mother, claiming that a suitcase was stolen from her. The next day, she approached the police and FBI agents that she found a handwritten note on the ground. The note said, “Cantu locked in stolin [sic] suitcase”. The police found it unusual, that the same woman who reported a missing suitcase also found that note.

Another lead was after Sandra’s body was found. A former US marine and his wife reported spotting Melissa in her SUV near the irrigation pond, on the day of Sandra’s disappearance. She seemed distracted and in hurry, and when she saw the couple, she nervously said that she just needed to pee.

The investigators focused their attention on Melissa and her behavior over the last several days. They checked the surveillance cameras all across the town. A camera installed by Sandra’s home showed Melissa passing by in her SUV 8 minutes after Sandra crossed the street. At that time, Melissa called the trailer park manager to report the theft of a suitcase from her trailer.

85 minutes later, a camera installed at a Clover Road Baptist Church’s parking lot captured Melissa driving away from the church. Half an hour later, the same camera captured her coming back to the church. During those half an hour, Melissa was spotted by the irrigation pond.

FBI agents searched the church and found a rolling pin smudged with blood, having a bent handle. The bloody smudge was tested, and the DNA results showed that it was Sandra’s blood. The injuries on Sandra’s external genitalia were consistent with the diameter of the bloodstained rolling pin handles. That was enough to arrest Melissa Huckaby on murder charges.

Melissa Huckaby was born on February 23, 1981. She lived with her parents and 5-year-old daughter in the same trailer complex as Sandra Cantu. She knew the victim very well, as the matter of fact, her daughter often played with Sandra. That’s probably how Sandra ended up in Melissa’s car in the first place, she innocently trusted her friend’s mom.

Melissa worked as a Sunday school teacher in a nearby church, but her behavior was often problematic. She had a history of mental health problems, including bipolar disorder, borderline personality disorder, and schizophrenia. She had several failed relationships behind her, that often included accusations of domestic violence. Shortly before her arrest, Melissa tried to commit suicide by swallowing three razor blades.

Melissa Huckaby admitted to killing Sandra Cantu, but she had a few contradictory statements. One of them was that Sandra accidentally died. According to that story, Sandra and Melissa innocently played and Sandra willingly entered the suitcase. Melissa forgot about Sandra, and once she remembered that Sandra was still in the suitcase, it was already too late for the little girl.

However, the evidence tells a different story of 8-year-old Sandra Cantu’s murder. Sandra Cantu was beaten and raped with a rolling pin and then smothered. It was also proven that Melissa drugged Sandra, and the traces of Xanax were found in the child’s bloodstream. During the investigation, it was also revealed that Melissa had a history of drugging other people and even children. She was additionally charged with drugging a 37-year-old-man and a 7-year-old girl.

In May 2010, Melissa Huckaby pleaded guilty to first-degree murder and kidnapping, as advised by her defense attorney Sam Behar. In exchange, the rape charges were dropped, as well as the charges of drugging a man and another young girl.

She expressed her remorse for what she did to Sandra, and couldn’t explain the motive behind such a gruesome crime. Her mental illness is often cited as the reason behind this horrific murder. Her father, John Huckaby said it was pointless to look for an explanation or an excuse for such a crime.

Before the trial, the new gruesome details about Sandra’s murder were released. Melissa Huckaby was sentenced to life imprisonment without the possibility of parole. After the trial, Sandra’s mother, Maria Chavez told during NBC’s “Today” show that there was no forgiveness for what was done to her daughter.

Judy Lawless, Melissa’s mother, expressed regret and apologized to the Cantu family for the unspeakable crime her daughter committed against Sandra Cantu.

What Happened To Sandra Cantu?

An autopsy established that 8-year-old murder victim Sandra Cantu had been beaten and sexually abused with a foreign object before being smothered with a torn piece of cloth, while toxicology results showed that she had ingested Xanax.

What Was Melissa Huckaby’s Reaction To The Rape Charge?

During her April 14 arraignment, 28-year-old Melissa Huckaby reacted most strongly when the rape allegation was read, closing her eyes and appearing to choke back a sob.

What Was The Sentence For Melissa Huckaby?

Melissa Huckaby was sentenced to life in prison, without the possibility of parole. She pleaded guilty to the kidnapping and murder of Sandra Cantu, in order to avoid the death penalty.