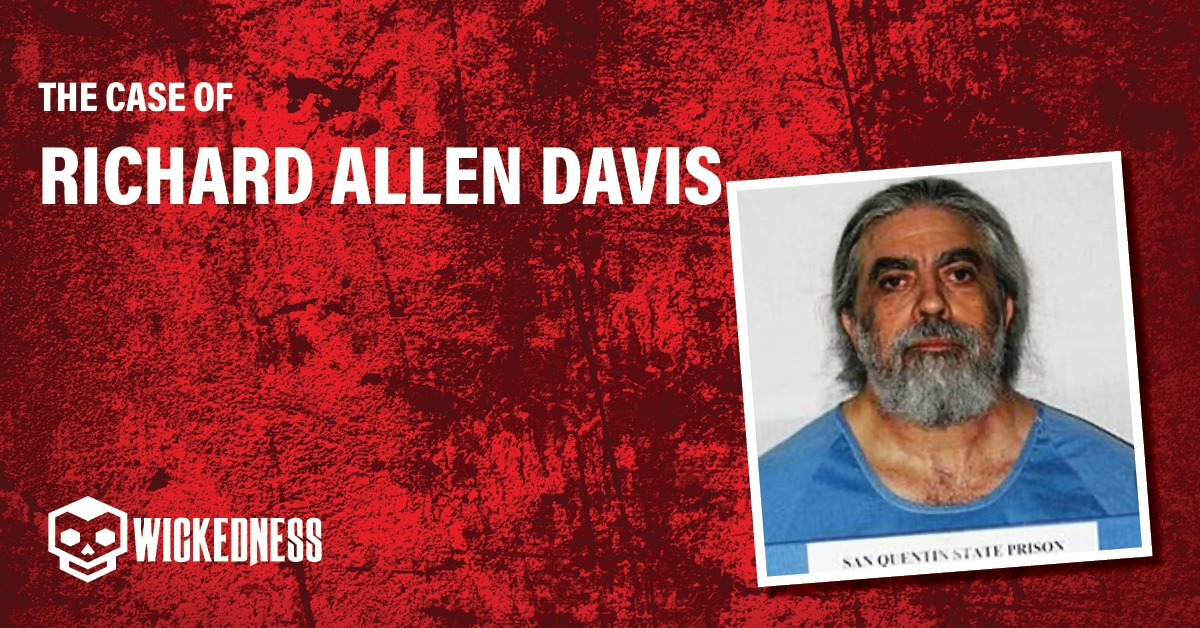 Highway 101, a mile south of the city limits of Cloverdale, California, USA

Polly Hannah Klaas was born January 3rd 1981 to her parents, Marc Klaas and Eve Nichol, in Fairfax, California. Her parents were married when she was born but they divorced when Polly was around two-years-old and she was an only child at the time of the divorce.

After the separation, Polly and Eve moved around California often before they settled in Petaluma. Eve remarried a man called Allan Nichol but that marriage didn’t last long either. Eve and Allan had two daughters together, called Annie and Jess, who were Polly’s half-sisters.

At the time of her death, Polly was a student at Petaluma Junior High and she played clarinet in the school band.

On October 1st 1993, 12-year-old Polly Klaas was having a slumber party at her house with three of her friends. They were excited. Eve had bought ice-cream for the girls and they were trying on Halloween costumes for the upcoming holiday. The plan was for them to play the Nintendo all night and not go to sleep. Unfortunately, this wouldn’t happen.

Polly Klaas wasn’t discovered until December 4th 1993, two months after she had gone missing. Her remains were in a shallow grave off Highway 101, about a mile south of the city limits of Cloverdale, California, which was around 30 miles from the search area for Polly. Richard Allen Davis led them to Polly after crime scene investigators matched his palm print to a partial print placed Davis in Polly’s bedroom.

On October 1st 1993, Polly Klaas was having a slumber party at her house with two of her friends from school. Eve had looked in on the girls at around 9pm and asked them to keep the noise down. She was suffering with a migraine and decided to go to bed early to try and sleep it off. Before she headed to bed, she took some prescription medication to help with her migraine as they were something she suffered with often.

At around 10.30pm, Polly opened her bedroom door to get some sleeping bags for her friends. She was confronted with an intoxicated Richard Allen Davis, who had broken into the family home and was brandishing a knife he had taken from the kitchen.

Davis told the girls that if they screamed, he would slit their throats. He said that he wasn’t there to hurt anyone, he just wanted money. Davis asked the children who lived at the house and if anyone else was in the property. Polly told him it was her house and she offered up information on where money was hidden. Davis didn’t seem interested though.

He tied up the girls with pieces of cloth that he had brought with him and took pillowcases from the beds to cover their heads with. Before he kidnapped Polly, Davis told the friends to count to 1000 and by the time they finished counting, Polly would be back.

What happened next isn’t certain as Davis refused to provide Sonoma County law enforcement with an accurate timeline but it’s believed that the events detailed below are true.

Davis’ vehicle became stuck in some mud on a private driveway. Davis panicked when a babysitter of the woman who owned the land drove past. Davis flagged her down and asked for her help calling a tow truck but the babysitter got an odd feeling from him and wouldn’t stop. Instead, she drove to the nearest payphone which was around two miles away and called the owner of the driveway to warn her. The woman decided to take her daughter and leave the property. On her way out, she drove past Davis’ car which appeared abandoned. She made her way to a service station and used a payphone there to call 911.

It’s thought that it was between the two women driving past that Davis murdered Polly. He knew that it was likely police would be called because he was trespassing and he didn’t want to be caught with a missing 12 year old. He claims that he strangled her from behind with a piece of cloth and then hid her under a bush before police arrived.

Richard Allen Davis was born June 2nd 1954 to his parents, Robert Davis and Evelyn Smith in San Francisco. Richard was the third child out of five; he had two older brothers, Donald and Ronald, as well as two younger sister, Darlene and Patricia.

He didn’t have a good upbringing, both of his parents were alcholics and it’s been said that the punishments the childrent received were extreme. For example, when Evelyn discovered Richard smoking, she burned his hands as punishment. The children witnessed violence between their parents and when they separated, Richard and his siblings were taken in by their maternal grandmother. Two years later, when Richard was 11, his parents divorced and the children were told to choose who they wanted to live with. Richard and his sisters chose their father while his two brothers chose their mother.

When Richard was 14, his 10 year old sister Patricia died from an illness. By the time he reached his teens, he held an impressive criminal record with convictions for burglary and forgery. He dropped out of high school in his sophomore year. At 17, while in court for a motorcycle theft, Davis was given the option of going to the California Youth Authority or serving in US Army. Richard chose the army but he received a letter of discharge after 13 months of service.

In October 1973, Davis went to a party at the home of his girlfriend, Marlene Voris. Later that night, she was found dead of a gunshot wound. Several suicide notes were found by her body and her death was ruled as a suicide but it’s strongly believed that Davis killed her.

Two police deputies arrived to the scene and encounted Davis and his stranded car. They noted that he had twigs and bushes in his hair and they could smell alcohol on him. Even though an APB had been out out for anyone who looked like Davis, the deputies weren’t aware of this and upon searching his car, the only piece of evidence they found was an unopened can of beer. A tow truck was called to help Davis out of the ditch and the police let him go.

Davis returned to the bush where he had hidden Polly earlier when he knew the coast was clear. She was then buried in a shallow grave off Highway 101.

On November 28th, the owner of the property Davis was stuck on was clearing some trees when she came across some items that she thought were suspicious. One of these items was a torn pair of ballet leggings which matched a pair that had been taken by crime scene investigators as items of evidence from Polly Klaas’ bedroom. A review of calls in the area was made on the night of the kidnapping and Davis was identified as having been in the area. He was also identified through the FI card that had been filed because he had the unopened can of beer in his car.

Richard Davis was arrested on November 30th 1993 for a parole violation. The arresting officer recognized him from the composite sketch compiled at the time of Polly’s disappearance. Because of this and the fact that he was in the area at the time of the kidnapping, he was named as the main suspect in the case and a palm print was taken. After hours of analysis, it was confirmed that it was Davis’ palm print that had been found in Polly Klaas’ bedroom.

Davis was arrested and subjected to gruelling questioning but he denied everything. The public were aware of the palm print match but because Davis had been in isolation, he didn’t know. A friend visited him in jail and told him that he needed to come clean.

Meanwhile, the Sonoma County police department were conducting a massive manhunt for Polly. It is one of the largest searches ever conducted in the state of California. The initial search effort began on December 3rd and continued through until December 4th when the decision was made to start again the next morning. But it was at this point that Richard Allen Davis confessed to the kidnapping and murder of Polly Klaas and he led them to her remains.

The trial was long and gruelling with Richard denying his involvement in Polly’s death. Even though he had confessed, he said his confession shouldn’t be admissable in court because he didn’t have an attorney present and it was coerced. He was trying to avoid the death penalty.

On June 18th 1996, Richard Allen Davis was found guilty of burglary, robbery, kidnapping, first-degree murder and attempting to perform a lewd act on a child under 14 and he received a death sentence which was to be by lethal injection.

At his formal sentencing, he read out a statement where he claimed Polly’s last words were, “Just don’t do me like my dad” which implied that Marc Klaas had molested Polly. This made Marc angry and he lunged at Davis before being escorted out by courtroom officers. Marc denies any sexual abuse towards Polly.

Davis also stuck up his middle fingers to a courtroom camera, which caused national outrage, after his sentence had been read and the judge told him that his conduct in the courtroom made it easier to pass the death penalty.

How did Richard Allen Davis get in?

Where is Richard Allen Davis now?

Richard Allen Davis is currently on death row at San Quentin State Prison where he is in protective custody as attempts on his life have been made by himself through an opiate overdose and other prisoners.