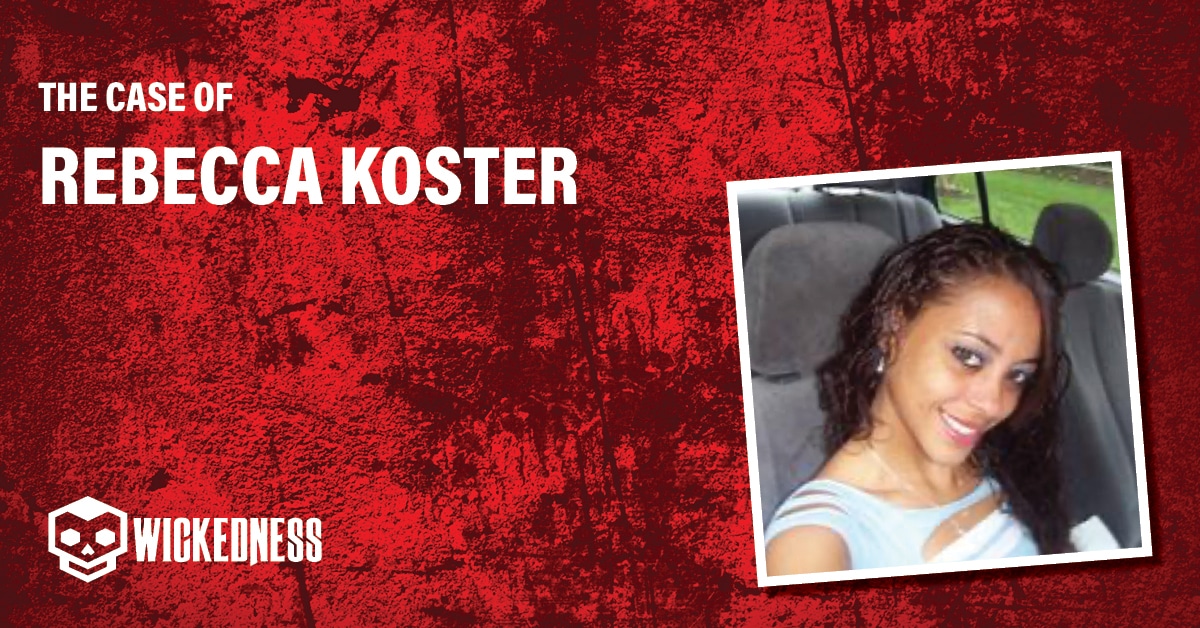 Rebecca Koster Trusted People – That Got Her Killed

Rebecca Eladia Koster was only 24, living with her mother Barbara Miller Ross, and her stepfather Larry Ross in their home in Medford, New York. Rebecca was enjoying the nightlife just as much as she enjoyed helping people in her day job. She was working as a health care aide, taking care of people with autism,  and the elderly. At night, she was always described as the life of every party. “Bubbly, lively, she loved everything and everyone” – as her best friend Nicole Longo recalls. The night of December 3rd was no different.

The evening ended at a local pub called Butcher Boys Bar And Grill. At 3:20 am Rebecca Koster was ready to go home after she was approached by a stranger. They had a short conversation in which Rebecca gave the man her phone, he then types in his number and the conversation ends.

Dan Mayor, Rebecca’s boyfriend drops her off at her house at around 3:30 am. Another one of Rebecca’s nights out has come to an end. Or has it? Rebeccas phone rings at 4:00 am, and she picks up.

Rebecca answers the phone, the man on the other side is Evans Ganthier. He picks her up from her house in his SUV. This is where the story gets a twisted turn, which will result in the finding of Rebecca’s body, on December 4th, savagely and brutally deformed in North Stonington, Connecticut.

What exactly happened? That depends. If you ask Evans, they get to his house, and Rebecca starts to cough, which throws her out of balance when she trips on a dumbbell, falling flat onto the ground and dying. Evans panics, he decides to mutilate her, so much that police won’t be able to identify her. He then takes her remains in his SUV and boards a car-carrying ferry to Connecticut, where he burns her body. That is the story you get when you ask Evans Ganthier. But what if we ask for the evidence?

Rebecca Koster: Dead, Dismembered, And Burned – But Was It An Accident?

The evidence is conclusive. This is what they tell us: Rebecca got in Evans’s car, the common conception among police detectives being that she was murdered in that very car. Stabbed with a fatal injury to her liver. It’s also very likely for a man who can disfigure a body to also have the ability and disposition to murder.

But murder was not enough for Evans Ganther. He decided to inflict more pain upon Rebecca Koster’s family.

Her family had already begun looking for her. They drove all around, knocking on doors, hanging fliers, and not leaving any stone unturned. Barbara receives a text that appears to be from Rebecca, saying Dan has her captive, but she doesn’t know where she is. A few hours later, another text from Rebecca’s phone, this time saying that dan had locked her up in his basement and adding: “Don’t tell Dan or he’ll kill me”.

These text messages, sent by Evans Ganthier, gave the family a false sense of hope and are yet another form of torture to the innocent family that has already gone through so much.

Evans Ganthier was born on January 20, 1980, and lived in Port Jefferson, Brookhaven, Suffolk County, New York. We don’t know exactly what his motive for killing Becky Koster was, but we do know Evans Ganthier is a cold-blooded, vicious killer. Besides the awful killing and the atrocities that followed, Ganthier’s monstrosity was showing. It showed when he made up the story about the whole murder being an accident, It showed when he pled not guilty in court, It showed when he texted the family and gave them hope after brutally murdering their loved one, and it even showed on surveillance, when Evans is seen walking in the ferry he took, unaffected by the fact that he has a dismembered body in the trunk of his car. Evans Ganthier is a true, real-life demon. Just as Barbara Described him.

With the texts, the mysterious calls found on Becky’s phone (later found to be called from Evans), and the surveillance evidence recording the strange encounter they had at the bar, it became very clear that this case involves an offender, and he is out there. The police try to track the phone after receiving the texts but came up to an industrial area in Commack – which proved to have no use for the case. Meanwhile, on December 4th, just one day after Rebecca’s disappearance, seemingly unconnected, A Jane Doe’s body was found.

The police sent the remains to the lab for analysis, but it was very hard to identify the body since she was stabbed to death, her toes, fingertips, face, nose, ears, and even the tattoo on her back were all cut out, and to make it even harder to identify; the body was completely burned. Eventually, only through dental records, 5 days after finding the body, the truth is revealed; That Jane Doe is no other than Rebecca Koster.

Police turn to Evans. They search his house and his car, and they find crucial findings – Evans’s garage was cleaned recently, and more importantly, the blood on Evans’s car. The blood is located in a very specific way inside the car, a way that allowed investigators to confirm that Rebecca was murdered in Evans’s car.

Even the body, although completely burned, holds key evidence: A piece of tape. Not just any piece of tape, A piece of tape with Evans’s fingerprint on it. It was enough for the police and they had more than enough evidence to know for sure; Evans Ganthier killed Rebecca Koster.

Evans Ganthier went into trial saying he was not guilty, and the whole thing was an accident. But the truth was clear; Evans Ganthier is a cold-blooded murderer. And everyone knows it. “Neither I nor the jury believes you” – said judge Justice Richard Ambro to Evans. The prosecution’s efforts were a success. Every person in the courthouse knew Evans was lying and understood the kind of person he was. It was time for the verdict.

Evans Ganthier was accused of second-degree murder and sentenced to 25 to life sentence, which he is currently serving in the Five Points Correctional Facility in New York. Evans is eligible for parole in 2035.

Who is Evans Ganthier?

Rebbecca Koster was murdered by Evans Ganthier, who she met at a bar.