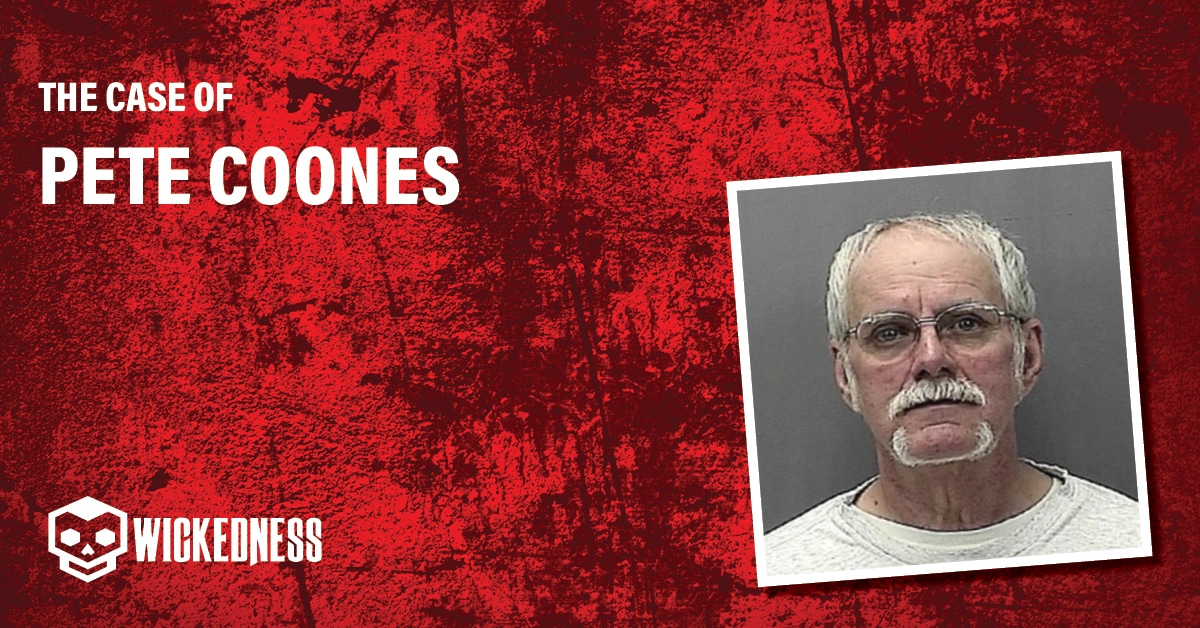 Pete Coones was found guilty and served 12-and-a-half years in prison for a double homicide he didn’t commit. Embezzlement, a staged homicide, hidden evidence, and fabricated proof contributed to his wrongful conviction.

45-year-old Kathleen Schroll and her husband, 64-year-old Carl Schroll, were found dead inside their Kansas City home by police officers on April 7, 2008. Carl had been shot in the chest twice. Kathleen had been shot once in the back of the head.

There were no indications of forced entry or a struggle, and nothing was taken from the home. The police found Kathleen’s phone and a gun near her body, and the bullets recovered from the scene were from the same caliber gun.

Initially, the authorities believed the double shooting could be a murder-suicide, but that changed when they spoke to Kathleen’s mother, Elizabeth Horton. She told officers that her daughter called her sometime after 2:00 am and claimed that Pete Coones had shot Carl and was now threatening to kill her as well.

Kathleen met Pete while serving as his father’s caregiver, and they were currently in a legal dispute over his father’s money. Kathleen was in a tremendous amount of debt and faced fraud claims. The investigators thought that seemed like a pretty clear motive, and Pete Coones was arrested and charged with premeditated first-degree murder.

In the Prosecutor’s case, they alleged that because things were moving too slow regarding the issues with his father’s estate, Pete decided to take care of the situation himself and committed the double murder. The Prosecution believed that Kathleen’s phone call to her mother and her front door being partially open when the police arrived were proof of Coones’ guilt.

The Defense argued that Kathleen’s mother admitted that she had not heard gunshots or voices in the background during the call and that no evidence linked Pete to the crime. Authorities searched his home but could not find anything that tied him to the murder. There was no gunshot residue, bloody clothes, or guns. When Kathleen Schroll called her family, she said that Pete had stolen a lawnmower, but investigators did not find that either.

Pete had an alibi. He was at home with his family the night of the murder. Pete’s family testified that he could not have left without them noticing. There were also other vehicles blocking his car, so he would not have been able to leave.

Coones’ lawyers alleged that Kathleen killed her husband and herself because of their dire financial situation. There was proof of the fraud claims against her. She had forged Pete’s father’s signature to embezzle money. The Defense believed she framed Pete, so she would receive a payout from the life insurance benefits and get the house. There was also the fact that Kathleen’s DNA was discovered on the trigger of the gun. A doctor also testified and said that Kathleen could have shot herself in the back of the head.

Ultimately, Olin “Pete” Coones was convicted of first-degree murder and given a life sentence.

Pete was granted a retrial after an appeal because it was discovered that the State did not divulge crucial evidence concerning his alibi. During the second trial, a testimony from a prison informant tipped the case towards the Prosecutor’s side. Pete was again found guilty of murder, and his life in prison continued.

In November 2020, Pete’s legal team successfully argued that the deaths occurred as part of a murder-suicide planned by Kathleen Schroll.

His defense attorneys said the plot to frame Pete came to fruition after Kathleen was caught mishandling his father’s money. Kathleen had been hired part-time to help care for his father, who had dementia. Soon after Pete’s father died and following his death, checks for more than $28,000 were written from the father’s account to Kathleen. Pete discovered that Kathleen had been listed as a beneficiary of his father’s life insurance, which had been done online without power of attorney. Coones challenged the change of beneficiary, and the insurance company asked a federal court to determine who the proper beneficiary was. The issue was still unresolved at the time of Kathleen and her husband’s deaths.

The Defense argued that the Prosecutors did not disclose the financial evidence of embezzlement and the felonious writing of over 100 fraudulent checks. They didn’t divulge the information about changing beneficiaries on the life insurance policies either. The Prosecutors also failed to mention that they were warned not to use the unreliable jailhouse informant because he wasn’t trustworthy.

After reviewing the evidence, the judge threw out Pete’s murder conviction, and he was exonerated. The judge ruled that there was manifest injustice and that the Prosecutors had committed perjury by allowing the informant’s testimony.

Sadly, just a few months after his release from prison, Pete Coones, now 64, died from cancer. His attorneys said he succumbed to the health condition that went undiagnosed and untreated while serving time in prison.

His family received a settlement of over $800,000 under Kansas state’s wrongful conviction law, which gives individuals $65,000 for each year they were incarcerated, plus attorney’s fees. The settlement also required his arrest and conviction records to be expunged, and his family was given an official document certifying his innocence.

Who was Pete Coones?

Pete Coones was a man from Kansas City who served jail time for a wrongful conviction. He was charged with the deaths of Kathleen and Carl Schroll in April 2008. He was later exonerated in November 2020 after the Schroll’s deaths were determined to be a murder-suicide committed by Kathleen Schroll, who tried to frame Coones.

Kansas man Pete Coones died just a few months after being exonerated in a staged double homicide that turned out to be a murder-suicide. Coones was 64-years-old when he succumbed to cancer that went undiagnosed and untreated while he was serving time in prison.

How much money did Pete Coones get?

The family of wrongfully convicted Pete Coones received an $826,000 settlement from the state of Kansas under the wrongful conviction law.