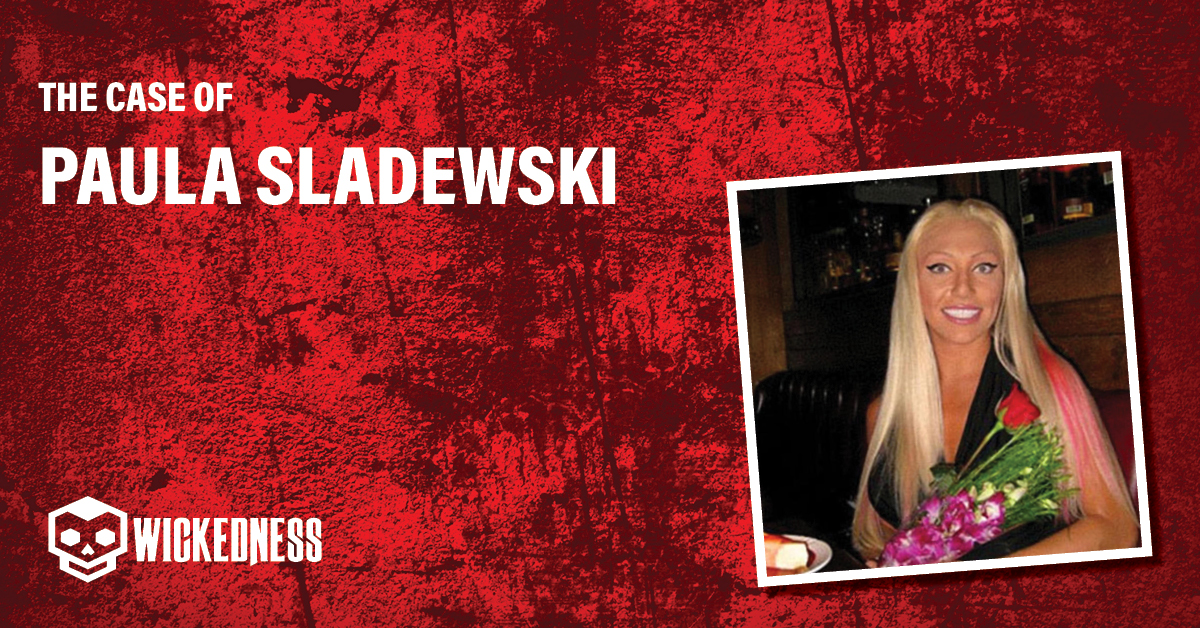 Paula Sladewski was born on the 15th of November 1983 and grew up in Detroit, Michigan. Paula was raised by her single mother, Patsy, and her grandparents, as well as her older sister Kelly Farris who was a teenager at the time of Paula’s birth. Patsy eventually married a man named Richard Watkins, making her Patsy Watkins.

Paula was described by friends and family as fearless, always on the go and having fun. She was very beautiful and very intelligent. Paula had always excelled in school and wanted to pursue a career in nursing. She studied nursing in college in California and financed her own schooling through modeling, appearing in videos for playboy and as an exotic dancer.

When she started working as an exotic dancer, Paula dyed her brunette hair blonde and added hair extensions so that her shoulder-length hair was now down to her waist. Paula’s mother became concerned that Paula was becoming an alcoholic after starting a career as an exotic dancer.

Paula was living with her boyfriend, Kevin Klym. The two had met when she first started her job as a dancer. Their relationship was described as caring and loving when sober but as violent when alcohol was involved. They were both reported as big drinkers, and several incidents of violence were reported on both sides. One month before Paula’s murder, Kelvin Klym was arrested for domestic assault when he broke Paula’s nose and gave her a black eye. However, these chargers were quickly dropped. Kevin Klym had previously been arrested two years before Paula’s murder after he had been caught with cocaine.

The Disappearance of Paula Sladewski

On the New Year’s weekend of 2010, Paula and Kevin headed to North Miami to see a New Year’s Eve concert and spend a few days on the south beach before heading home.

On January 3rd, 2010, 26-year-old Paula Sladewski and Kevin arrived at a night club called club space at around 5 am in the morning. Once they arrived at the club space, Paula was reported to be constantly getting drinks brought for her and quite intoxicated. Paula began lifting her already revealing dress with no underwear underneath. She also started dancing with other men. After this bizarre behavior went on for a little bit, an annoyed Kevin grabbed her by the arm to take her out of the club. But Paula resisted stating that she was having the time of her life. At 7.17 am, Kevin was kicked out of the club for causing a scene. He then hailed a cab and returned to the couple’s accommodation at Miami Beach, where he went straight to sleep. The club’s video footage showed that at 7.21 am, Paula was also escorted out of the club. She was also kicked out of the club by security as it is club policy to remove both parties after a fight despite who was at fault.

Kevin woke later that day at around 11.30 am. He became worried when he noticed Paula still hadn’t made it back to the accommodation at Miami Beach. He asked the hotel staff if they had seen her, but no one had. Kevin called the police to file a missing person report and hired a private investigator who immediately began the search.

Kevin Klym was one of the last people to see Paula alive and was initially a suspect in her murder. A friend of Paula’s informed investigators that Paula had told them that she was afraid of Kevin. Paula’s stepfather also told them that Kevin and Paula had a horrible relationship. Kevin was cleared after a sketch by North Miami Police of a possible suspect was released. Kevin stated that the sketch looked like the bouncer from club space.

Paula did not have her cell phone on her, so police were unable to track where she may have gone next. The last surveillance footage she was captured on was the North Miami clubs showing her exiting club space. Detective Michael Gaudio and the North Miami Police say no one has been able to determine what she did between the time she left the club and when her body was found or where she went beyond the club exit.

At around 9 pm on January 3rd, 2010, the same day Paula had been seen exiting the night club in the early morning hours, a dumpster fire was reported by a man named Christopher Michael about 10 miles from the Club Space night club. Upon extinguishing the flames, the firefighters made a gruesome discovery. It was a charred body that was already unrecognizable. They couldn’t even determine if it was a man or a woman at this point. Three days later, a medical examiner identified the body as the 26-year-old girl, Paula Sladewski. She was identified through dental records. The medical examiner got Paula’s dental records from her family.

Paula Sladewski’s body was found burning inside in a North Miami dumpster at NW 14 Avenue and 130 street next to what was then a propane company.

To this day, police have not been able to identify Paula’s cause of death. However, the medical examiner stays that strangulation was a possibility.

Paula Sladewski’s murder remains unsolved decades on. Police questioned Kevin, club employees, witnesses, and the person who reported the fire. Micheal Gaudio has been the lead detective of this case during his years at the bureau of detectives.

Did they ever find Paula Sladewski?

Paula Sladewski’s body was found burning in a North Miami dumpster at NW 14 Avenue and 130 Street next to what was then a propane company.

Paula Sladewski is a young model whose burned body was found in a dumpster some 14 hours after surveillance video showed her leaving a Miami nightclub.