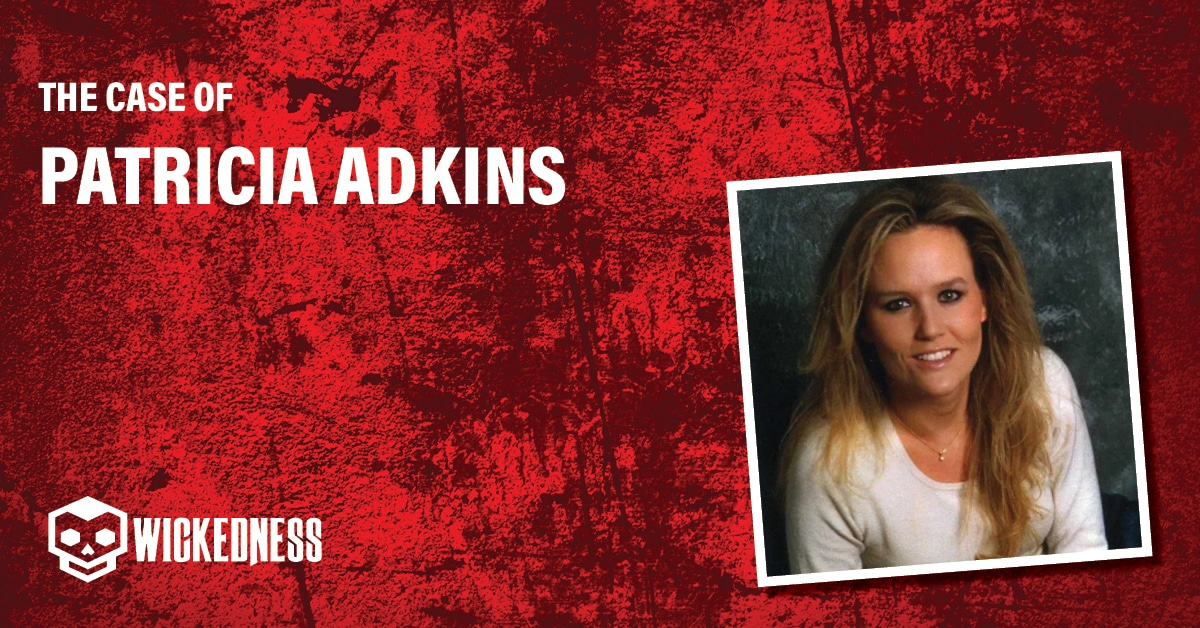 Has not been located

Patricia Adkins is a single mother who vanished after leaving work one night. It has been over 20 years, and the case remains unsolved. A body was never found.

Who is Patricia Adkins?

29-year-old Patricia Adkins, also known as Patty Adkins, was born on May 4, 1972. She was a single mother living in a quiet subdivision in Marysville, Ohio, with her seven-year-old daughter, Michaley, who she loved very much. She divorced her ex-husband several years before she disappeared, and they maintained a friendly relationship for the sake of her daughter.

Patrica worked at a Honda factory since she was 19. She was one of the few women on the assembly line. Patrica has been in an on-and-off relationship with a coworker from the plant for several years. The man was married, but Patrica told her friends and relatives that he planned to leave his wife to be with her.

Patrica had given her boyfriend approximately $90,000 from her savings accounts for three years. Her boyfriend owned a side business with his wife and told Patty that he needed the money to buy out her share before he could divorce her. He promised Pattrica he would divorce his wife to be with her and would pay her back her money. Patrica wanted him to start repaying her in July, the same month she disappeared.

The Honda automotive plant gave its employees a week off for the 4th of July holidays. Before she disappeared, Patricia told her family and friends about her plans for a vacation with her boyfriend. She mentioned a few possibilities, including a trip to a remote cabin in Canada.

Patrica told her friends and family that she would not be able to contact them once they arrived because there would be no cell service. Her boyfriend said they’d buy everything they needed, so she didn’t need to pack anything. She arranged for her sister Marsha to watch her seven-year-old daughter while she was gone and told her she would pick her up by July 8, 2001.

It was just after midnight when Patricia cloaked out of her shift; it was the last time she was seen. She headed into the parking lot in her all-white Honda work uniform, where her boyfriend was to meet her. She carried a small teal-colored duffel bag that allegedly contained something from Victoria’s Secret in her boyfriend’s favorite color, blue.

Patricia had informed friends that her boyfriend had asked her to stay hidden under the tarp cover of his pickup because he needed to give a coworker a ride before the trip to Canada. He didn’t want anyone to know he was with her since he was a married man.

Patricia never returned home from her supposed vacation and has not been seen or heard from since.

On July 8, 2001, her sister Marsha tried to call Patricia several times, but when she couldn’t get in contact with her, she decided to call her boyfriend, she said where is my sister? Martha said he went quiet; he said Paddy from Honda? He started pretending that he didn’t even know who she was. According to Martha, he was stuttering and stammering.

Marsha filed a missing person report with the Marysville Police Department after she failed to come to pick up her daughter at noon as planned.

After 29-year-old Patricia Adkins was declared a missing person, the police searched her home. They didn’t find anything in her home; however, they took her financial records and her computer. After looking at Patrica’s financial records, the police discovered that she had given this man money. The amount of money he had taken from Patricia was about $90,000. Her sister recalled that Patrica had told her about it, and she was annoyed because Patrica had been saving her money for over ten years. However, Patricia assured her that he was going to pay her back.

On July 10, 2001, the police interviewed the coworker Patricia had been seeing and had planned to go away with for the week, whose name had not been publicly released. He denied being Patrica’s boyfriend and said he had nothing to do with her disappearance.

The police also spoke to Patricia’s boyfriend’s wife, who stated that she didn’t have any knowledge of an affair. She informed authorities that her husband couldn’t be involved with Patricia; he was way too busy between his job at the plant, his side job, and taking care of his children. The boyfriend wouldn’t have had spare time to meet with Patty outside of work. Police checked on the boyfriend’s whereabouts on the night Patricia disappeared. The boyfriend left his job at the automotive plant at around midnight, took someone home, and arrived home by 2:30 am. During the week off, he spent time with his wife and children. He claimed he didn’t have the time to harm Patrica.

They also interviewed the man’s coworker from Honda of America, who he had dropped off after work. He said the two of them went to Burger King that night, and then he was dropped off. It was claimed that they waited for 45 minutes in the drive-through line. However, the Burger King manager said the restaurant wasn’t busy. Therefore, customers were unlikely to have waited 45 minutes to get their food in the drive-through.

The police searched the man’s home. They found evidence to state an emotional relationship with Patricia when searching the home, such as a birthday card and gifts.

The man’s truck was also searched. They found that the cover that Patrica had hidden under was missing but was later found in his business. Forensic evidence was found on the cover. There was a small drop of blood and cat hair from Patrica’s cat. However, the blood spot was so small it couldn’t be tested in 2001.

The police had also brought cadaver dogs to the man’s home because they found a concrete slab, and apparently, the dogs went crazy. So they dug it up. However, nothing was found.

It is believed that foul play may be involved in the disappearance of Patricia Adkins, and authorities believe she may have been the victim of homicide. Her family declared her legally dead in 2006.

Unfortunately, the circumstances of Patricia Adkins’s disappearance remain unclear, and her case is currently classified as missing. Her case remains unsolved.

Yes. The case was given to the Union County Sheriff’s Office since Patrica lived in Union County. On July 10, 2001, the case was handed to Lieutenant Stiers; he has been on it ever since.

What happened to Patrica Adkins?

It is believed that foul play occurred in 2001 when Patrica Adkins disappeared. No one, not even her daughter or other family members, has heard from her, and all financial and personal records have shown no activity since her disappearance.