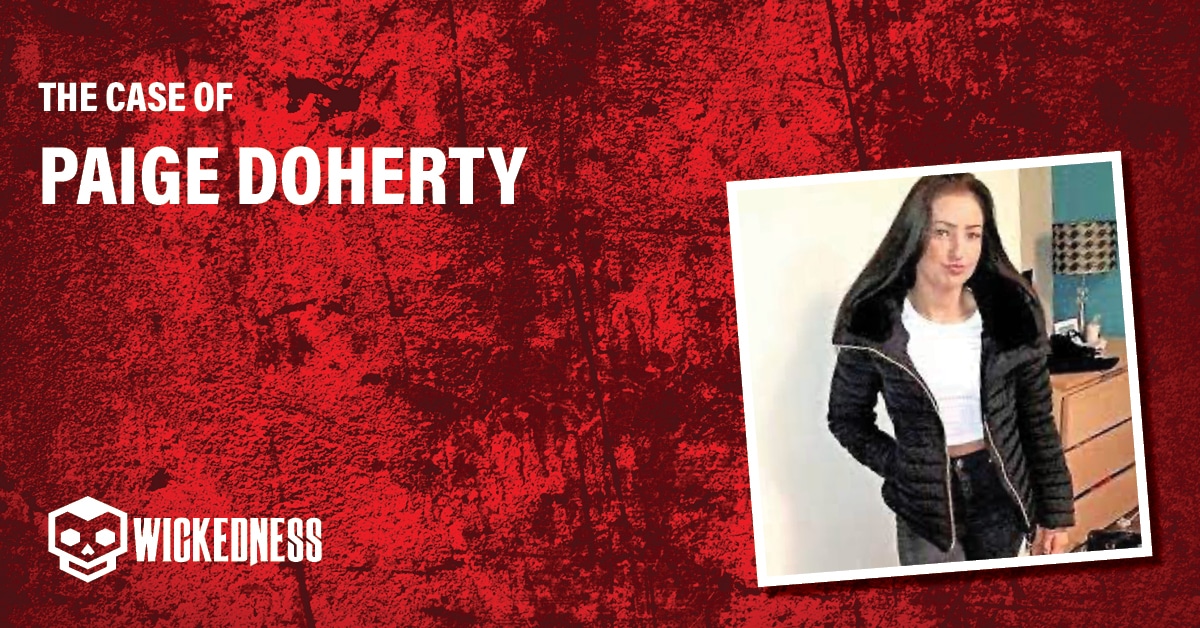 Paige Doherty was a bright-eyed young woman who had her life stolen from her when a deranged deli owner brutally attacked her with a knife. Unclear motives left police, the court, and anybody following the case confused.

Who was Paige Doherty?

Paige Doherty was born on April 18, 2000, in Scotland, to her parents Pamela Munro and John Bothwell. By age 15, she was already a hard-working young woman, working in a hair salon while also being successful in school. She was known for being kind, motivated, and full of potential.

Ditched with no regard for humanity

Concern was sparked one Saturday morning on March 19, 2016, when Paige Doherty did not arrive at her hairdressing job for her scheduled shift. She had been staying at a friend’s house the night previously, so by the time she missed work and wasn’t home to her family, tensions were starting to rise.

She left her friend’s house in the morning and went to catch the bus around 8 am, but somewhere between the house and the bus stop was the site of a chilling murder. Police and the community tirelessly searched for two days to find her, with the search concluding when her body was found abandoned, left in a ditch on a highway connecting Clydebank and Glasgow, Scotland. The manner in which her battered body was left caused a realization that was all the more disturbing.

Upon the discovery of the 15-year-old’s body, it became clear that someone deranged had committed the savage murder. She showed evidence of a frenzied attack, with her body having 146 knife wounds, at least 61 of which being stab wounds and 43 hard blows to her neck and head.

This was no regular murder, this had the marks of a crime of passion committed by somebody who knew her well. Police began to interview people close to her trying to scrounge for a lead. The break in the case finally came when a local business owner tipped off police about his concern that a nearby deli owner was frantically looking for cleaning supplies the day of Paige Doherty’s disappearance.

This led the police to a man named John Leathem.

John Leathem was a 32-year-old deli owner in Clydebank Scotland, a seemingly ordinary person with a wife and two kids. He lived a rather unassuming, low profile lifestyle, but apparently had a dark side capable of a frenzied knife attack.

Finding a killer without motive

When John Leathem was interviewed about the slaughtered Paige Doherty, he claimed he did not see her the day she disappeared. Evidence quickly mounted to prove that he was lying about his involvement in the case, and likely played a role in the murder. The most critical piece of evidence was security camera footage of Paige walking into his deli, but never leaving. The disturbing footage then shows John carrying out a trash bag, putting it into his vehicle, and driving away. Part of Paige’s body was visibly sticking out of the bag.

This was more than enough evidence for the police to investigate further, so they searched the deli and John’s other assets for more clues. John did a good job cleaning up any mess that would be left by his grizzly crime, but he let something slip through the cracks. Police began moving appliances in the deli and found blood with DNA belonging to Paige Doherty puddled underneath them.

Police theorized that Paige Doherty entered the deli only to be a victim of a 10-minute-long, gruesome attack. Not long after, John Leathem was put on trial for the heinous crime.

The tremendous evidence built up against him was too much for him to try fighting. John plead guilty to the murder, but he claimed it occurred over a dispute about a job she was asking for. Obviously, that was false, considering she was on her way to work when the event took place. Doherty’s family and friends were quick to point that out, but Leathem has never given a real answer.

The trial was cut and dry in terms of the outcome, but the motivation for the murder is still unclear. The medical exam of Paige Doherty’s body did not find any signs of sexual assault or any crimes of that nature. It is unknown why John Leathem would choose to slaughter a kind girl with her whole future ahead of her.

A jury ruled that John Leathem would serve life in prison with the potential for parole after 27 years. A judge has since reduced the minimum term to 23 years during a subsequent appeal. It is unclear why the judge reduced the sentence for such a crime.

What happened to Paige Finn Doherty?

Paige Doherty was a 15-year-old girl who suffered the fate of a grizzly murder by John Leathem. Paige entered John’s deli on March 19, 2016, and was viciously stabbed in an attack that still has unclear motivations behind it.

Where was Paige Doherty killed?

Paige Doherty was killed in Clydebank, Scotland, and her body was abandoned in a ditch in Glasgow, Scotland. She disappeared and did not show up for work one day, prompting a 2-day search party that revealed her grim fate.

How many times was Paige Doherty stabbed?

Paige Doherty was stabbed at least 61 times by John Leathem. Additionally, she suffered a total of 146 knife wounds and at least 43 traumatic blows to the head.