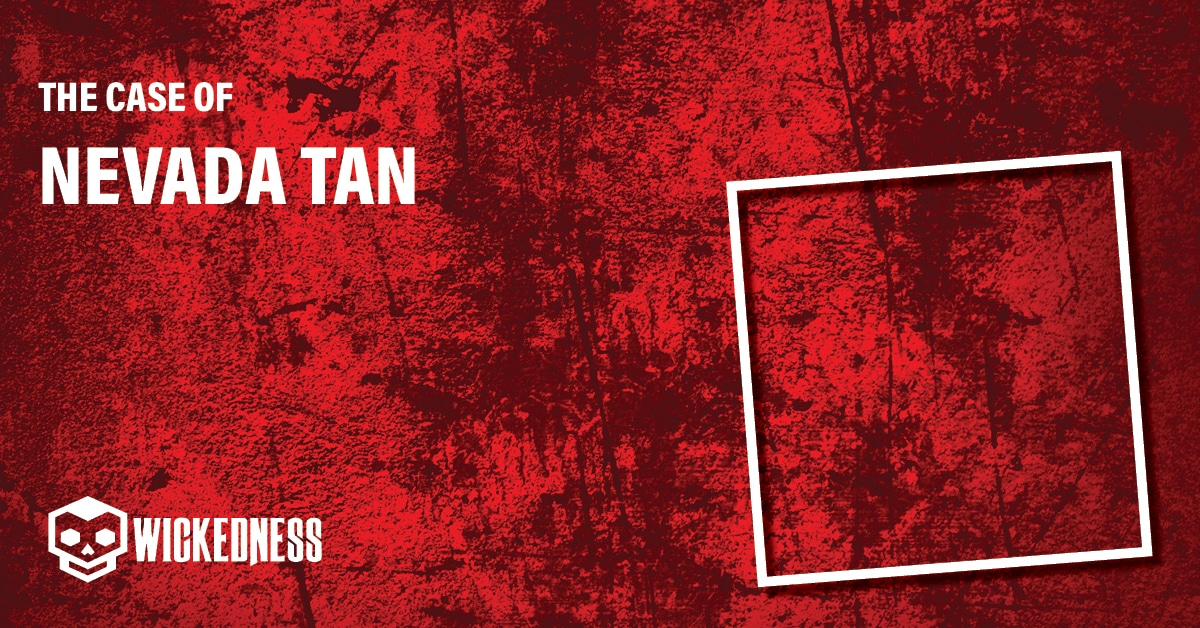 Who was Satomi Mitarai?

12-Year Old Satomi Mitarai was a young student born on April 20, 1992 in Sasebo, Nagasaki, Japan. She attended Okubo elementary school and although there is not much information about her on the internet, there are several news portals and forums where she is described as a studious young girl, who had a fairly normal behavior.

Apparently she grew up as a normal child in her community and had friendships with many schoolmates, attended classes regularly and always showed a good school performance.

However, her life would end in a very horrible way. Her case became well known in Japan and in several countries around the world, as she was murdered by a classmate.

The 12-Year old girl had her throat slit by Natsumi Tsuji, a classmate from her school, who was first known as Nevada Tan.

Her body was found in one of the school’s classrooms after Nevada Tan confessed to the murder.

This became the most talked about true crime story in Japan due to the young age of the girls and the fatal conditions in which Satomi Mitarai was killed.

A friendship that ended in a horrific crime

It was known that Natsumi Tsuji and Satomi Mitarai were very good friends, they shared several classes at school and spent a lot of time together.

Until the day of Satomi’s death everything seemed to be going very well, they both talked and did not leave each other’s side. The girls shared their homework as well as many games.

Although everything seemed to be going very well between the two, days before Satomi Mitarai had made a comment about Natsumi’s appearance. On an internet portal to which many of the girls’ classmates had access, Satomi called Natsumi “fat,” and this comment was seen by all the children at the school.

In addition to calling her fat, Natsumi received many derogatory comments from her friend that undoubtedly made her fall into depression and caused her to change her cheerful attitude to a more somber one.

Further investigation revealed that this incident had caused Natsumi Tusji to change her personality. She began to become more introverted, her grades began to drop, among other attitudes very different from what was known about her prior to this comment and the teasing from her peers.

On June 1, 2004 during lunch time, Natsumi Tusji invited Satomi to one of the school’s classrooms. He made her believe that it was all a game, when he suddenly used a cutter, slashed her throat and hands.

Satomi Mitarai bled to death and her body was found minutes later, when Natsumi arrived at her teacher’s office full of her classmate’s blood. The teacher noticed the absence of the other student and that is how they discovered Satomi’s lifeless body.

Natsumi Tusji and Satomi Mitarai had an enviable friendship, not only sharing classes at Okubo Elementary School in Nagasaki Prefecture, but also being playmates.

The two used to share their free time at school and were always seen together in the schoolyard and in the school hallways. You could say they were best friends.

Days before the murder, Satomi Mitarai made several disparaging remarks about Natsumi regarding her physical appearance. In addition to calling her “fat”, she referred to her in a negative way to how she looked.

These comments were made by Satomi through an internet page visited by all of her schoolmates, where she also mentioned that she was much more popular than Natsumi and other classmates.

Both her teachers and the other children at school noticed a change in the 11-Year-Old schoolgirl’s personality. Her personality was totally different from before and she seemed noticeably affected by her best friend Satomi’s comments.

In addition to a change in her attitude, her performance and grades dropped overnight, which was very strange, considering that Natsumi had some of the best grades in the school.

During the lunch hour on June 1, 2004, while everyone was at recess, Natsumi and Satomi escaped to one of the school’s classrooms that was alone at the time.

While in the classroom, Natsumi, as if it were a game, blindfolded Satomi. Satomi, believing it was just a game, allowed Natsumi to do it without stopping her, after all she trusted her.

Once Satomi’s eyes were covered, Natsumi, a 11-Year-Old girl, took out a cutter from her pocket and cut her throat. She also made several deep cuts on her arms and hands.

Natsumi, realizing the horrific crime she had committed and in a state of shock, returned to the classroom where her next class was with her sweatshirt filled with her friend’s blood. Her sweatshirt had the word “Nevada” on it, and that is how the world came to know Natsumi as “Nevada Tan.”

The class teacher upon seeing Natsumi bloodied, began to check the young girl to see if anything had happened to her. Noticing that it was not her blood and that she had no wounds, he ran to the other classroom, where he found Satomi Mitarai on the floor, her throat slit and surrounded by a large pool of blood.

The crime was reported to the authorities, the Japanese schoolgirl admitted to murdering Satomi, and was very remorseful for the horrific crime she had committed. As the police proceeded to arrest her, Natsumi only repeated “I’m sorry” and then asked, “I have done something wrong, right?”.

Because it was a crime committed by a minor, the press and authorities protected her identity by referring to her as “Girl A”.

Girl A’s identity was kept secret during the early days of the investigation, however, because rumor spread that she was wearing a sweatshirt with the word Nevada on it at the time of the crime, the public began calling her “Nevada Tan,” which means “little girl Nevada” in Japanese.

Natsumi Tusji, better known as Nevada Tan, was born on November 21, 1992, in Sasebo, Nagasaki, Japan. From a very young age, she showed great talent for sports, especially basketball, as well as for her studies.

Natsumi stood out at school for her high grades, even, according to information compiled in different internet portals, she was submitted to several intelligence tests, in which she obtained an IQ of 140 points, much higher than the average of young people of her age.

She also showed great interest in drawing and film, so it was known among her peers that the 11-Year-Old Japanese Girl had many talents.

Her mother was very demanding of Natsumi in terms of her academic performance, so she took her out of her basketball classes so that she could devote more time to school and her classes.

After her friend Satomi’s derogatory comments about her, Natsumi radically changed her attitude and personality. This made her much more introverted, which caused her to isolate herself from her classmates and her social life weeks before she committed the murder.

When Natsumi (Nevada Tan) was arrested on June 1, 2004 for murdering Satomi Mitarai, she was taken to the police station, where she was interrogated by the detectives involved in the case.

Investigations revealed that Natsumi, a week earlier, had been the target of several derogatory comments by her friend on the personal website she had created.

Several tests were conducted by child psychology experts, but the girl was not found to have any mental problems. However, after detectives questioned schoolmates and teachers, they discovered that a month before Satomi’s murder, Natsumi had threatened a 12-Year-Old Nagasaki boy with a knife.

After receiving all the negative comments from her friend about her appearance, and teasing from some of her classmates, as well as appearing depressed, Natsumi had violent episodes with other classmates prior to the crime.

It was also discovered that Natsumi had a strong interest in violent movies, especially those of the “gore” genre, which contain excessively explicit and violent scenes. Child psychology experts determined that Natsumi was heavily influenced by these movies and websites with this content.

Investigations also revealed that Natsumi had a penchant for drawing pictures depicting a lot of violence, certain fetishes involving blood and more. On her website she shared content of this type and expressed an interest for the Japanese movie Battle Royale, with extremely graphic and violent scenes.

She used to visit a page called “Red Room”, where many internet users shared violent stories and urban legends.

The family court in Japan made the decision on September 15, 2004 to commit Natsumi Tusji (Nevada Tan) to the reformatory located in Tochigi Prefecture. The decision was made due to the severity of the crime she had committed.

Several child psychologists and psychiatrists conducted various tests and examinations. One of them revealed that Natsumi suffered from a syndrome that made her avoid socializing or leaving her home, others raised the possibility that she suffered from asperger’s syndrome, but none of the diagnoses were official.

By May 29, 2008, the court granted Natsumi house arrest, as she had shown improvement in her social skills.

In 2013 the Japanese court decided to release Natsumi from house arrest at the age of 20.

The Nevada Tan case was an internet phenomenon, to the point that it is a reference in Japanese culture due to the following that Natsumi gained. It is common to find on the internet people dressed up as Nevada Tan with the iconic sweatshirt and it is a cult symbol on the internet.

Who is Nevada Tan’s real name?

Her real name is Natsumi Tsuji.

What happened to Satomi Mitarai?

Satomi Mitarai had her throat slit by her best friend Natsumi Tusji at school.

How old is Nevada Tan now?

As of the time this article was written, Nevada Tan is 30 years old.