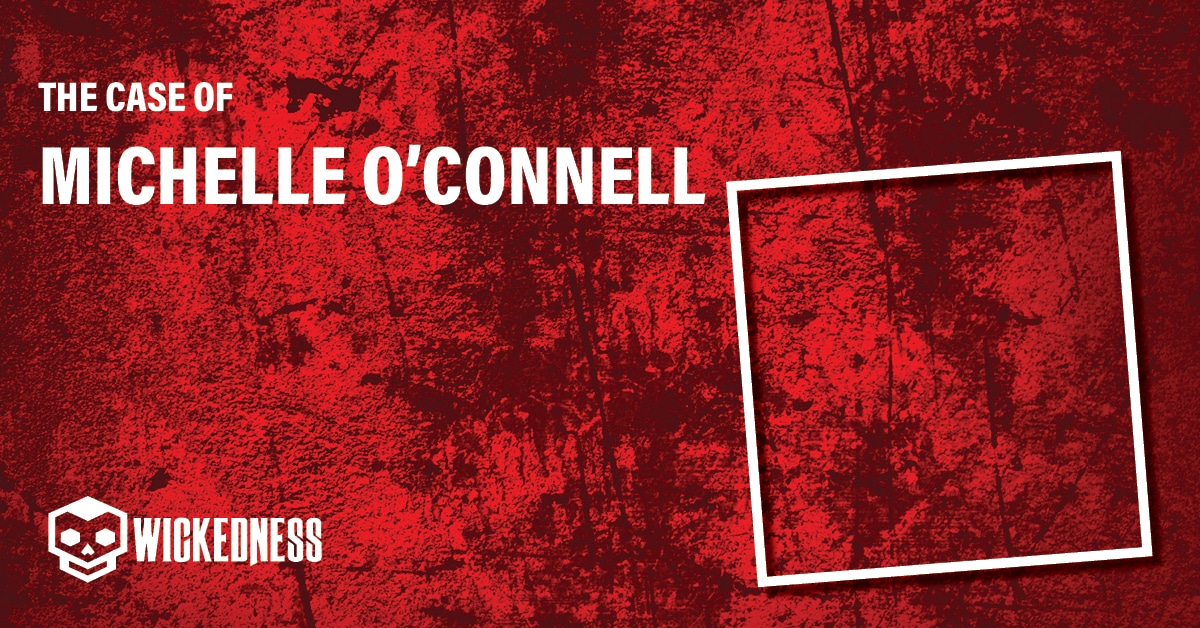 Who Was Michelle O’Connell?

Not much is known about Michelle O’Connell’s upbringing. Her mom is called Patty O’Connell, and growing up, Michelle had five siblings; two sisters who are called Jennifer and Christine, and three brothers, named Justin, Sean, and Scott.

Michelle O’Connell has been described as being bright and beautiful, loved by anyone who knew her. At the time of her death, she had just landed her dream job. She was going to be working with one of her old high school teachers at a daycare center. This was the first “proper” job that Michelle had had, this job came with benefits such as healthcare, and she was over the moon about it.

Michelle O’Connell was a single mom to her then four-year-old daughter, Alexis. Prior to getting the daycare center job, she’d had to work multiple jobs just to keep a roof over their heads. But now, she only had one job and it had perks that she had dreamed of having. Things were finally looking up for her.

However, her personal life wasn’t going so well. At the time of her death, Michelle had been dating Jeremy Banks for a year. He was a deputy at the St Johns County Sheriff’s Office. The three lived together, but Michelle had been telling her family that she didn’t think her relationship would last much longer.

On September 2, 2010, Michelle O’Connell had lunch with her sister, Chrissy O’Connell. Chrissy knew that Michelle, Jeremy and their brother Sean, were going to a Paramore concert that night and Michelle was so excited. But during this lunch, Michelle told Chrissy that she was going to break off her relationship with Jeremy after the concert. When Chrissy heard this, she said that she instantly got a gut feeling that Michelle shouldn’t go to the concert and Chrissy told her sister this. Michelle laughed this off and said that she’d paid for the tickets so she was going to go and have fun.

But during the concert, Michelle’s siblings started receiving weird cryptic texts from her. They all seemed to refer to Alexis and making sure that she’d always be loved. However, when the concert was over, Chrissy received one last text from Michelle, a message that seemed normal. Michelle told her sister she’d be around to pick up Alexis as they had arranged.

Michelle never picked up Alexis. That text message was the last contact Chrissy had with her sister.

At 11.25 pm, 911 dispatch received a frantic call from Jeremy Banks. Jeremy tells the dispatcher in this phone call that Michelle O’Connell had shot herself with his service weapon. Part of that call has been made public, and you can hear the panic in Jeremy’s voice, to the point where the dispatcher mistook him for a woman.

Jeremy corrected her and said that he was a “sir” and repeatedly said that his girlfriend had shot herself. He explained that he was a deputy and “worked with y’all” before providing his address and asking where the police were.

Michelle was found in Jeremy’s bedroom with his service weapon on her left side and two bullet holes near her. Despite trying to save her, Michelle O’Connell was pronounced dead at the scene at approximately 11.48 pm on September 2, 2010.

First responders from St Johns County Sheriffs Department arrived within minutes of the 911 call and they were actually co-workers of Jeremy’s so they were familiar with the couple.

Agents found Michelle O’Connell in his bedroom, bleeding from a fatal gunshot wound. A gun was on her left side with the tactical light still on which matched Jeremy’s claim of Michelle shooting herself. She had been shot in the mouth and she had a wound above her right eye.

Even though the police didn’t officially name him as a suspect, Michelle O’Connell’s family still believe that it was Jeremy who pulled the trigger.

Michelle had shared some upsetting things with her family which showed that Jeremy could be very controlling. Both Michelle’s mom Patty and her sister Jennifer said that Michelle was being isolated from her friends and family. Jennifer also shared that Michelle had told her that Jeremy had choked her, hit her in the head and had taken “play wrestling” too far which had resulted in Michelle suffering vaginal bleeding.

Because of this information, the O’Connell family believed that Michelle was in danger. On the night of Michelle O’Connell’s death, her family tried to give statements to the police, including details of the alleged abuse. But the police didn’t want these statements and said that the physical abuse was “hearsay” and it wasn’t helpful to the investigation.

After finding Michelle O’Connell’s body, the police started searching Jeremy’s home. In the kitchen, they found Michelle’s open purse with two prescription pill bottles inside. However, the bottles were empty and the pills were actually found in Michelle’s pocket.

Despite the initial impression, the police didn’t do much investigating. When first responders arrived, they rallied around Jeremy and offered their support to him. Even officers who weren’t assigned to the crime showed up and his commanding officer, who was off-duty at the time, also arrived. Jeremy’s stepfather, a sheriff in another county, spoke with Jeremy before he was questioned in a police car. The potential conflict of interest wasn’t a concern for the local police department.

During this interview, Jeremy said that on the drive back from the concert, Michelle had told him that she wanted to break off the relationship. They’d argued, but by the time they arrived home, things had cooled off, and she just wanted to pack up her things. Jeremy left her to do that, and some of his friends came around. He said that after they left, he sat on his motorcycle in the garage when he heard a “familiar popping sound.” He instantly recognized it as a gunshot and ran inside. Jeremy tried to get into the bedroom but couldn’t and that’s when he heard a second pop. After this, he broke into the bedroom and that’s where he found Michelle bleeding before calling 911.

The medical examiner ruled that Michelle O’Connell’s cause of death was a suicide within two days of her death. During the autopsy, the wound above her right eye was put down to the shell casing from the shot but her toxicology report came back clean aside from alcohol. None of the pills that were found in her pockets were in her system and all of the pills missing from the bottles were accounted for.

Michelle O’Connell’s phone records were pulled and this is where the ominous texts to her family were discovered. The police explained these texts by saying that this showed Michelle was deeply unhappy and wanting to end her own life, not as a result of her feeling in danger at the hands of Jeremy.

The original investigation didn’t follow protocol correctly. They didn’t speak to her family to assess Michelle’s mental state, they didn’t collect clothing from the crime scene, they didn’t canvass the neighborhood or properly interview Jeremy. The lack of forensic evidence was shocking.

The St Johns County Sheriff’s Department were adamant that Michelle had committed suicide and they closed her case. This wasn’t good enough for her family though and they requested that her case was reviewed by a special agent in a private investigation. The name of this agent was Rusty Rodgers.

It took him two weeks to find evidence that could potentially change the case status and it was evidence that hadn’t been collected as part of the original investgation. Agent Rodgers found two separate neighbors of Jeremy’s who both claimed that on the night of Michelle O’Connell’s death, they’d heard a woman calling for help, followed by gunshots.

In 2011, Rodgers hired a crime scene reconstructive agent who said that the evidence was more consistent with a homicide rather than suicide. It was also found that the gun, which was Jeremy’s own service weapon, had no DNA on it. None at all, not even his. However, this wasn’t enough for Jeremy to be arrested and charged with Michelle’s death.

In 2016, Patty exhumed her daughter and asked an independent medical examiner to examine her body. It was discovered that Michelle had had a cracked jaw which wasn’t caused by the gunshot but rather blunt force trauma, further proving the domestic violence allegations.

The sheriff, David Shoar, was enraged by the exhumation and didn’t believe that these newest findings proved anything, In fact, one of Sheriff Shoar’s medical examiners claimed that the cracked jaw, which wasn’t inititally found, had been caused by the gunshot and the cut above her eye was caused by her holding the gun upside down with her non-dominant hand.

As of today, Jeremy Banks hasn’t been charged with the murder of Michelle O’Connell. Her family hopes that one day, the truth will come out about what happened to Michelle and they continue to fight for justice.

Where is Jeremy Banks now?

Jeremy Banks remains a deputy at the St Johns County Sheriffs Department. He still hasn’t been questioned or formally charged with the murder of Michelle O’Connell.

Where is Michelle O’Connell buried?