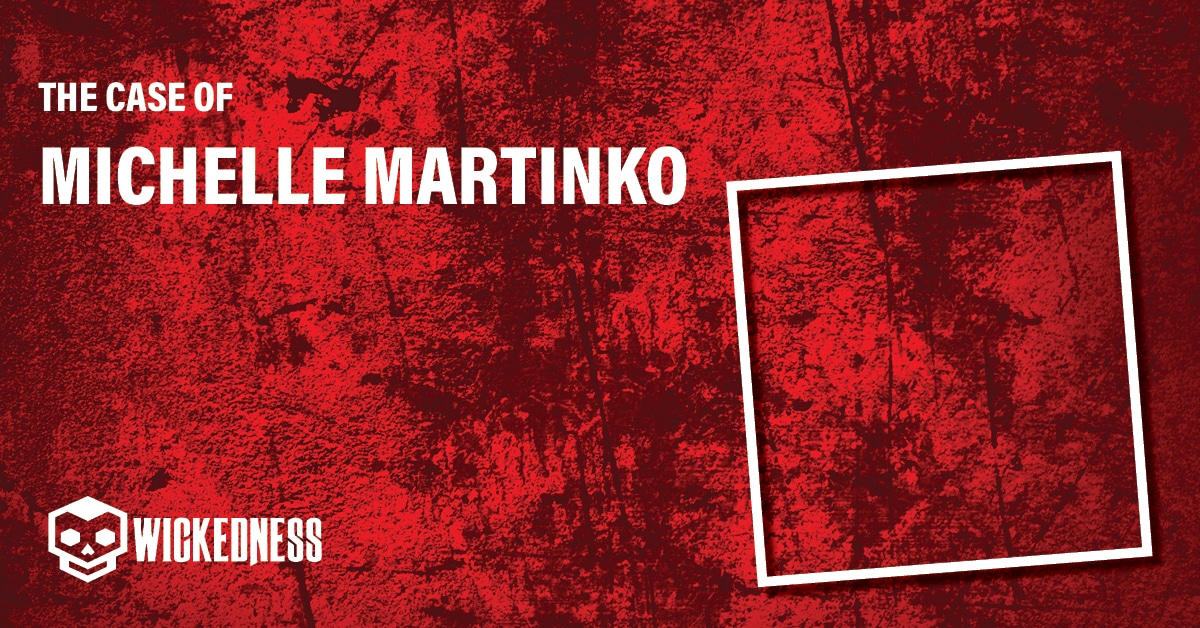 Michelle Martinko was born in Cedar Rapids, Iowa, on October 6, 1961. She was the younger daughter of Albert Martinko and Janet Martinko. Michelle was a source of pride for her parents. She went to Cedar Rapids Kennedy High School and worked at the Westdale Mall; she was a great student and a part of the school’s choir and twirling squad. Indeed a talented girl. Besides those accomplishments, Michelle was popular, loved by her friends, and had a great sense of fashion and unique natural beauty. Michelle planned to study interior design at Iowa State University.

She Felt Like Someone Was Stalking Her, And She Was Right…

It was a special night for 18-year-old Michelle Martinko and her friends as they went to the choir banquet for the Kennedy Concert Choir at the Sheraton Inn in Cedar Rapids. After the event, Michelle wanted to go to the Westdale Mall, a new mall that had just opened and was also her place of work. She had 186$ and planned to use them to buy a new winter coat. She parked her car at the remote part of the parking lot and walked into the mall. She hung out with her friends and met her co-workers when she eventually left the mall around 8 pm. she was last seen at the jewelry store. That would be the last time she’s seen alive.

It has been some time since Michelle Martinko expressed her fears to her boyfriend, Andy Seidel. She said she had felt like someone was stalking her at her job. And she was right.

Martinko left the mall when it was dark and walked towards her car. Investigators believe she entered her car, and before she could head home, a man opened the door, got into the car, and brutally ended her life.

“It Looked Personal” – How Was Michelle Murdered?

Michelle almost started driving home when a man named Jerry Burns opened her car door, snuck into the car, and stabbed Michelle 29 times. “I had never seen anybody stabbed that many times” said retired detective Harvey Denlinger. Michelle fought back and was able to injure Jerry, who bled on the gear handle and Michelle’s dress. Although Michelle was killed, her fighting spirit was a key to solving her case 40 years after the crime.

“He Felt Like He Had Won” – Who Is Jerry Lynn Burns?

Jerry Burns was born on December 23, 1953. He was 25 at the time of the murder, working for John-Deere and co-owning a truck stop. He grew up in Manchester, Iowa, and graduated from West Delaware High School.

Jerry was a seemingly ordinary guy, had a steady job, a clean criminal record, and was even a father of two kids. He was married to Patricia Burns, who committed suicide in 2008. Even after Being convicted, he still claims to be innocent, and his family believes him; Jerry’s kids claim that he cannot be the one responsible for the murder. His daughter, Jennifer Burns claimed: “I don’t think there’s any way that my dad could have done this”.

After the murder, Jerry lived his life as a free man, raising his kids, managing his powder coating business, and traveling. He thought the whole story was over.

The multiple stab wounds, the defensive wounds, the money that was still on her, the lack of evidence suggesting any sexual assault, and the use of rubber gloves indicating a planned murder – all led the police officers at the crime scene to think that the murder was personal; they suspected all of the men close to Michelle Martinko, and especially her boyfriend, Andy Siedel. Martinko’s family describes Andy as possessive, they were sure he did it, but the police were not convinced. They ruled out Andy as a suspect and moved on.

The leads were drying up, and the Cedar Rapids Police Department went to the public in search of any information that may lead to catching the mysterious killer. They released a sketch they though matched the killer; A white man, with brown hair and brown eyes, approximately six feet tall. The tips from Cedar Rapids’ community were flowing in. Michelle Martinko’s murder was the center of attention for the whole community, constantly covered in local and national news and leaving the people of Cedar Rapids constantly searching for answers. But none of this helped. The police were stumped.

Until 2005, when detectives had the chance to use a new, groundbreaking technological tool, forensic DNA analysis, the police were able to use an old blood sample taken from the car and Michelle’s dress and identify it as a male’s blood DNA. The DNA was used to create a profile of the murderer and eventually an updated sketch, which police released to the public. The calls were again coming in, with the community reporting anyone who looked remotely like the man in the drawing, but it was no use; they still could not find the killer.

But another breakthrough was ahead; The ability to compare the DNA to the public records and use genetic genealogy. They did not find an exact match to the killer but his distant relative – Brandy Jennings. With that advancement, the detective team, led by Matt Denlinger could narrow it down to his family, and from there, to just three brothers; Donald Burns, Kenneth Burns, and Jerry Burns. One of them was the killer.

The police knew they had to collect each of those brothers’ DNA samples and do it covertly. They collected a DNA sample from Jerry by taking a straw he used in a Pizza place and sent it to the DNA crime lab. It was a perfect DNA match.

The trial began in 2020 in Scott County, as judge Fae Hoover agreed to move it away from the excessive news coverage taking place around Cedar Rapids. The trial was a true turning point that Michelle’s family and the people of Cedar Rapids were hoping for. Jerry pled not guilty, and his attorney, the Iowa City Lawyer Leon Spies attacked the DNA evidence, saying it cannot be used on its own without any other evidence. But although the chances of an identical DNA match between Burns and an unrelated individual is less than 1 in 100 billion, the prosecution had more evidence to make their case. They brought Michael Allison, Jerry Burns’ cellmate from Linn County Jail. He stated that Jerry threatened him to “take him to the mall” while they were playing a card game. Paired with the very reliable DNA evidence, the jury was convinced…

On February 24, 2020, the jury found Jerry Burns guilty of first-degree murder. On August 7, 2020, he was sentenced to life in prison without the possibility of parole. To this day, he is still appealing and maintains his innocence.

The end of the investigation and the life sentence given to Jerry finally answered the questions that haunted Cedar Rapids for 40 years. Michelle Martinko’s closest living relatives, Janelle Stonebraker and John Stonebraker (sister and brother-in-law), were also relieved, as John had stated, “I’m so pleased we have answers to this.”

What kind of weapon did Jerry Lynn Burns use to kill Michelle Marie Martinko?

Some sort of sharp object, but the police could not establish exactly what the murder weapon causing the fatal wound was.

There is no evidence to suggest that Jerry Burns killed Jodi Huisentruit, although Mason City police has not officialy disclosed whether they are investigating Burns as the killer in this case.

Where is Michelle Martinko Buried?