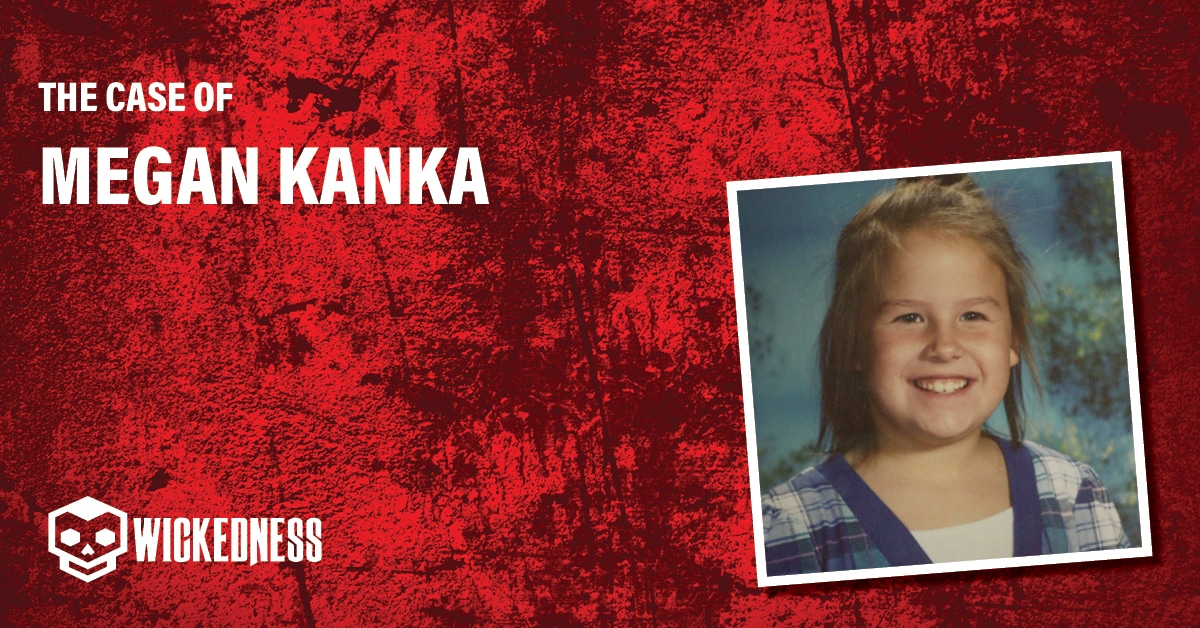 7-year-old Megan Kanka led a normal carefree life, just like any American child. She spent days playing outside, but little did she know, that she was prey in the eyes of a predator…

Who Was Megan Kanka

Megan Nicole Kanka was born on December 7, 1986. She lived with her parents and two siblings in Hamilton Township, Mercer County, New Jersey. On July 29, 1994, she was invited by her neighbor Jesse K. Timmendequas to his house to see his new puppy. The innocent girl trusted her neighbor and didn’t know the danger she was in. At around 6 p.m., while her parents were taking a nap, she went to his home and was never seen alive again…

Megan Kanka’s parents knew something wasn’t right when they saw their daughter’s bike abandoned on their front lawn, with no traces of Megan. They alarmed their neighbors to help look for Megan, and one of the neighbors that joined them in a search was Jesse K. Timmendequas.

While they were looking for Megan Kanka, someone called the police and informed them about Joseph F. Cifelli, who lived in the same house as Jesse K. Timmendequas. Joseph Cifelli was a sex offender, charged with carnal abuse and sodomy of a 5-year-old girl, and some other lesser offenses. Timmendequas had another roommate, Brian R. Jenin. He was also a convicted sex offender. However, both Cifelli and Jenin had alibis, while Timmendequas did not.

Timmendequas did not have an alibi, but he did have a criminal record. Similar to his roommates, he was also a sex offender that was convicted of two separate sexual assaults on young girls.

The police didn’t have many doubts when it came to where they should look for Megan. They searched around Timmendequas’s house and decided to take a look at trash cans that Timmendequas had handled. There, they found cut-up strips of cloth, which Megan’s mother recognized as fabric from Megan’s shorts.

Timmendequas was arrested and interrogated by the police. At first, he denied being involved in Megan’s disappearance, but he broke down eventually after being confronted with physical evidence and confessed to killing Megan Kanka. A forensic dentist matched a bite mark wound on Timmendequas’s hand to Megan’s lower front teeth.

According to his confession, Timmendequas lured seven-year-old Megan Kanka to his house by promising to show her a puppy. The little girl believed him and followed him inside. Once she noticed there was no puppy, she tried to leave the house, but Timmendequas slapped her. She put up a fight and even managed to bite his hand, but Timmendequas was too strong, and he overpowered and raped her. He strangled her by placing a plastic bag over her head and a belt around her neck.

After murdering her, he placed Megan’s body in his car where he assaulted her one more time. Then, he placed her body in a toy chest and dumped it in a park in West Windsor.

The suspect or Convicted Killer Details

Jesse K. Timmendequas was born on April 15, 1961. In 1979, he assaulted a 5-year-old girl after he lured her under the pretense to look at ducks with him. He got a suspended sentence, but since he failed to attend therapy, he had to serve nine months at the Middlesex Adult Correctional Center.

In 1981, he attacked a 7-year-old girl, after enticing her to walk with him into the woods, promising her firecrackers. There, he assaulted and choked her until she turned blue. He left the scene, but the girl survived and was found by her mother. For that crime, he was convicted for six years in the Adult Diagnostic & Treatment Center (ADTC) in Avenel, New Jersey.

While there, he showed little to no interest in treatment programs offered by ADTC. One of the therapists working there believed Timmendequas will commit another sex offense, but didn’t think he would actually murder someone.

After he served his time, he moved to Hamilton Township, Mercer County, together with Joseph F. Cifelli and Brian Jenin. The house belonged to Cifelli’s mother and was situated at 27 Barbara Lee Drive, right across the street from Megan Kanka’s home. From there, Timmendequas watched Megan play and grow, lusting for this child for weeks.

During the trial, the police detectives testified against Jesse Timmendequas. According to them, Jesse Timmendequas said that the motive for the murder was his fear that the little girl will tell her mother that he touched her. He also claimed that at first, he placed plastic wrap around her head to avoid staining the carpets, since she was bleeding from the fight. Confronted with medical evidence, Jesse Timmendequas admitted he sexually assaulted Megan.

During the guilty phase of the trial, Jesse Timmendequas didn’t testify nor did he present any defense witnesses. However, during the penalty phase of the trial, he presented two witnesses, a forensic social worker, and a clinical and forensic psychologist. They both described Jesse’s childhood as dysfunctional and filled with substance abuse and child sexual abuse since Jesse’s mother was a promiscuous alcoholic that had 10 children with 7 different men.

Several of Timmendequas’ siblings were either adopted or placed in foster care. Timmendequas’ brother also testified, claiming that both he and Jesse were exposed to domestic violence and physical abuse and that they were molested by their father Skip. Apparently, they also witnessed Skip raping a 7-year-old girl when they were also around that age.

After the jury and judge were presented with overwhelming evidence against the defendant, Jesse Timmendequas was convicted on all charges and was sentenced to the death penalty. He was on death row until December 17, 2007, the New Jersey Legislature abolished capital punishment in the state. His sentence was changed to life imprisonment without the possibility of parole.

Defendant claimed he was denied a fair trial because the jury knew he had a prior record of sexual abuse, which affected their decision.

One month after her daughter’s death, Megan Kanka’s mother started a campaign for a law that would require notification of the presence of sex offenders in communities. The New Jersey General Assembly passed a series of bills proposed by Assemblyman Paul Kramer.

This series of bills required a sex offender registry with a database tracked by the state. When a registered sex offender moves into a certain community, the state is obliged to notify the said community. Also, repeated sex offenders will spend life in prison.

What Is Megan Kanka’s Law?

Following Megan’s death, her parents and others advocated for laws to ensure people would be notified when child predators moved into their community.

Who Was Megan Kanka?

On July 29, 1994, 7-year-old Megan Kanka disappeared from her neighborhood in Hamilton Township, New Jersey. It was discovered that she was raped and murdered by her neighbor, Jesse Timmendequas.

What Is International Megan’s Law?

Referred to as International Megan’s Law, it orders registered sex offenders to report international travel prior to departure.

What Are The Legal Issues Concerning Megan’s Law?

Opponents have said the laws violate the civil liberties of sex offenders, pose challenges to rehabilitation, and consist of a second punishment for the same crime. Those in favor of this law stated that Megan K would still be alive if this law was brought earlier.