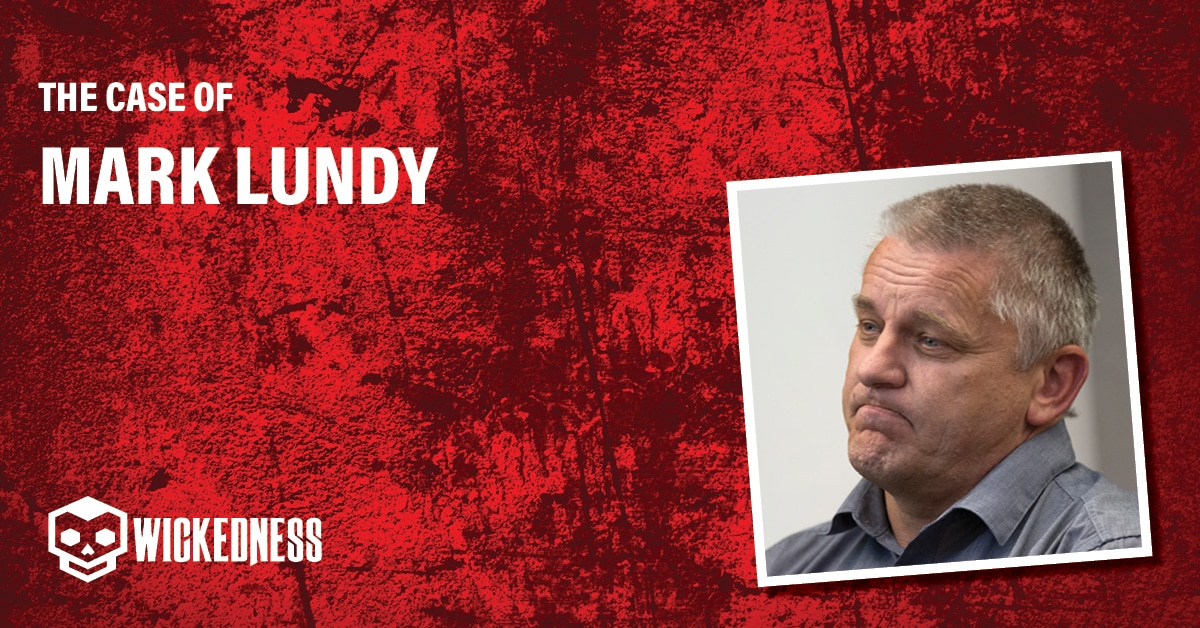 Marck Lundy had met his wife, Christine Lundy, at scouts. In August of 2000, Christine and Mark Lundy had been married for 30 years. The family lived in Palmerston North in New Zealand. Palmerston North is a friendly city. It’s considered safe to live in and a good city for raising children with many schools nearby. Amber was the only child of Mark and Christine. The pair tried for a second but, after many failed attempts, decided not to go through IVF and to have one child. Amber loved to dance. She was bubbly and had lots of friends.

Mark and Christine ran their own business selling kitchen sinks and bench tops from their online catalog. Mark was the salesperson behind the business and Christine was in charge of the accounts.

On August 30, 2000, in Palmerston North, New Zeland, Glen arrived at his sister Christine’s house at around 9 am to pick up a checkbook he had left there earlier in the week. When Glen arrived at the Lundy family home, no one answered the door. He waited awhile before knocking even louder. However, there was still no answer. Glen instantly felt uneasy, like something was wrong. The sliding door had been left slightly open, so he entered his sister’s house. When making his way through the living room, Glen saw his 7-year-old niece. She was lying on the floor between the doorway of the master bedroom with blood-soaked hair covering her face, and her head was in an unusual position. Amber Lundy was dead. Glen immediately called emergency services before continuing to look for his sister Christine. When he reached the master bedroom, he saw his 38-year-old sister’s body lying on the bed. She was naked, face-up, and drenched with blood. Amber and Christine died from violent and severe head injuries. They had to be identified by forensic means of their dental records instead of visual means.

While Glen was waiting for emergency responders to arrive, Christine’s best friend Karen arrived  at the Laundy’s household. Karen and Christine often went for scheduled morning walks and it was one of those mornings. Glen tried to stop Karen from entering the home, but she rushed in to see the horrific scene. Karen and Glen sat in the dining room together, while they waited for the police to arrive.

At 9.20 am, Christine’s husband, Mark, called the home. The police coach Karen to tell Mark that Christine was currently busy and will call him back as soon as possible. 43-year-old Mark Lundy was away on business in Petone the night of his wife and daughter’s murder. By the time he returned to his home, the police had taped it off with the bodies of his wife and children lying inside.

Even the police were shocked at the viciousness of this murder. The position Amber was found in looked like she was trying to flee as she was killed. No murder weapon was found during the searches. During the investigations, police discovered a window with a broken latch. It appears to have been forced open. Around the window, they also see a bloody smear. The blood was later identified as Christine’s. Christine and Amber’s time of death was placed at around 7 pm based on undigested McDonald’s french fries found in Amber Lundy’s stomach during the autopsy.

Less than six months after the murder of his wife and daughter Mark Edward Lundy was arrested and charged under suspicion of the murder of Christine and Amber Lundy.

During the trial, the jury learned from the prosecution that the Lundy’s had increased their life insurance just four days before the murders.The prosecution argued that Mark murdered his wife for her life insurance money because of financial pressure and murdered his daughter because she was a witness. At the time of Christine and Amber’s death, Mark Lundy owed 2 million dollars. However, the life insurance increase was not yet valid as the documents had not yet been issued.

They also stated that a speck of body tissue was found on one of Mark’s polo shirts. The shirt was discovered along with other clothes and miscellaneous items on the back seat of Mark Lundy’s car. A New Zealand pathologist could not identify this as Christine’s brain tissue. However, a pathologist from Texas did. The only way this brain tissue could have got on the shirt was if Mark himself was the murderer. Later tests by experts cast doubts upon if the material was, in fact, brain tissue.

A murder weapon was never found. However, paint found in the hair of victims matched the paint Mark Lundy used to mark the tools in his toolshed.

The defense called forward three witnesses, one of whom was Mark Lundy. Mark emphatically denied killing his wife and daughter. The defense argued that Mark would not have had the time to make the round trip from Petone to Palmerston North and back within three hours. Phone records show Mark’s phone was in Petone at 5:43 pm and 8:48 pm. This, however, leaves three hours when Mark’s phone appeared to be turned off.

As for the brain tissue evidence on his shirt, the defense pointed out that the scene was so brutal that if Mark were the murderer, then there would have been blood splattered all over his items. There was blood splattered all over the walls, the bed, and the floor around the bodies. However, no blood was found on Mark Lundy’s glasses, wedding ring, shoes, or other clothes.

The jury found Mark Lundy guilty of the murder of his wife Christine Lundy and daughter Amber Lundy. In April 2002, he was charged with two counts of murder and sentenced to life in a North Island prison with the possibility of parole after 17 years.

What happened to Mark Lundy?

Mark Lundy was found guilty of the murder of his wife Christine Lundy and daughter Amber Lundy. He was charged with two counts of murder and sentenced to life in prison.

What evidence did the court have against Mark Lundy?

A pathologist had identified brain matter found on Mark’s polo shirt as brain matter belonging to Christine. It was also stated that Mark was in serious money trouble, being 2 million dollars in debt. He was six months behind on his repayments, and the family had just increased their life insurance just four days before the murders.