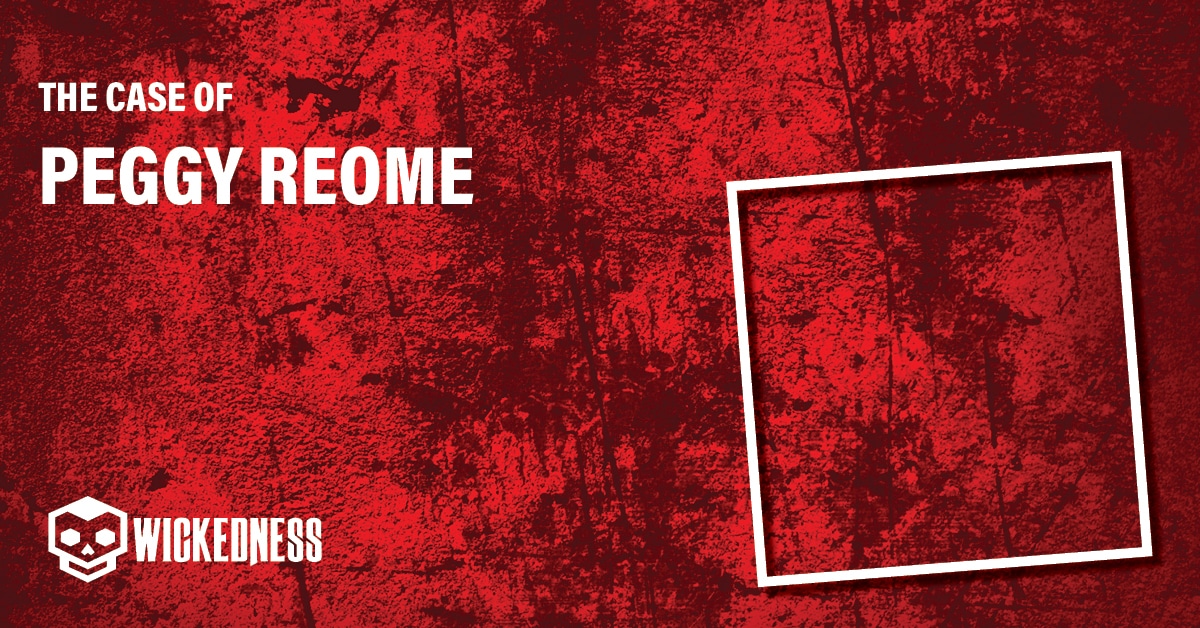 Margaret “Peggy” Reome was the mother of three children. She was reported missing on February 26, 1990; however, Geddes said he had not seen her since February 11, 1990. She was in a relationship with Geddes and lived with him. Her daughter, Jerilyn Reome, spoke out about the sexual abuse Geddes inflicted on her when she was 13 years old.

Peggy Reome’s sons, Bill Reome and Scott Reome, lived with their father, while Jerilyn lived with Peggy Reome and George Geddes Jr. Jerilyn moved out of the home about six weeks before the murder. Geddes was arrested as a suspect in the rape of Jerilyn two weeks before she was reported missing. Peggy Reome left her purse, personal identification, and a paycheck at her place of employment.

It took authorities 14 years to find the body of Peggy Reome. George Geddes Jr. paid $38 per month towards a rental storage unit for 14 years. He was in and out of prison for different offenses during these years. Renting the unit fell outside of his parole limitations. However, he did not report it to authorities, keeping the information well hidden. An anonymous tip led authorities to the storage unit, where they found Peggy Reome’s remains inside a trunk and wrapped in a blanket.

By the time Margaret Reome’s remains were discovered, 14 years of decomposition had taken over. Specialists used dental records to identify her. The cause of death became apparent after a proper examination, as well. Her skull showed signs of a fatal head injury. Authorities assume the murder happened in the home before Geddes transported her body to the rented self-storage shed. He had plenty of time to place the body in storage since she was not reported missing immediately. It took 14 years to charge Reome’s boyfriend with murder due to a lack of evidence.

George William Geddes Junior, 52 years old, and 31-year-old Reome were in a relationship and lived together in Mattydale, New York, a suburb of Syracuse. He was arrested in 1993 for raping a 13-year-old girl and in 2001 for possession of a firearm by a felon. The girl in question is Jerilyn Reome, Peggy Reome’s daughter. Geddes visited prison off and on for various charges during the 14 years after Reome’s death.

While a dead body is usually hard to hide for long periods, Geddes managed to conceal the fact that he rented the 5-foot-by-5-foot storage unit. Renting a storage unit without telling federal officials violated the rules of Geddes’ probation. Investigators completed a search of the apartment that Margaret Reome shared with George Geddes Jr. close to the time of the crime. No evidence remained at the apartment.

The summer before the trial, authorities learned about Geddes’ storage unit. They did not realize that Geddes failed to report it properly, however. No one knew about the secret storage unit, which was only discovered due to a tip given to authorities. Geddes was initially arrested on a federal charge of violating probation. Detective Kieth Hall took over the case two years prior to the investigation of the storage unit. The remains of Reome were found wrapped in a blanket and placed in a trunk inside the storage unit.

The murder trial for George Geddes Jr. took place in Onondaga County Court. Geddes was led into the courtroom shackled, wearing Onongada County Justice center clothing. Geddes chose to plead innocent to the crime. His defense attorney argued that Margaret Reome’s death was an accident caused by falling down the stairs.

George further stated that Margaret Reome threatened Geddes and his son with a knife, causing the accidental push down the stairs. Autopsy results showed severe trauma to the head; however, some testimonials lead to the belief this could have also happened during a fall. Efforts to remove blame from Geddes easily failed. Jerilyn Reome believes her mother found out about the child sexual abuse inflicted by Geddes and confronted him, resulting in her death.

Judge Anthony Aloi gave George Geddes Jr. 25 years to life in prison. He gave Geddes the maximum sentence for the second-degree murder of Margaret Reome. Sentencing took place in April of 2005, after 14 years of uncertainty about Reome’s whereabouts.

Why did it take so long to find Peggy Reome’s body?

Authorities did not know about the storage unit that contained “Peggy” Margaret Reome’s body. A tip provided to authorities alerted them to the storage shed and prompted an investigation. Family members also did not report Reome missing immediately after the disappearance. This extra time, gave Geddes time to destroy evidence and hide the body.

How did George Geddes Jr. escape conviction for 14 years?

George Geddes Jr. escaped conviction for 14 years by hiding Peggy Reome’s body and also hiding the fact that he rented the storage unit. After authorities searched the secret storage space, it was easy to convict Geddes of second-degree murder.

How did specialists identify Margaret Reome after finding her remains?

Fourteen years of storage led to the advanced decomposition of Reome’s remains. Specialists used her skeletal remains to determine the identity and cause of death. Dental records were used to discover her identity while an autopsy showed trauma to the head as the cause of death.