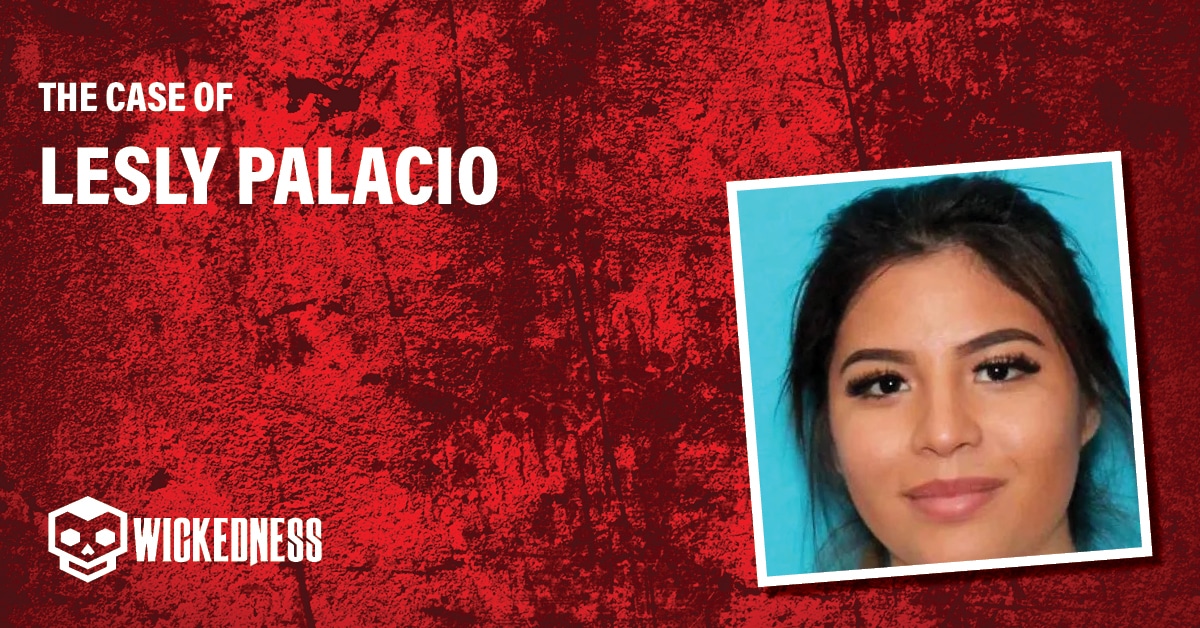 Lesly Palacio was born on the 5th of May, 1998, in Las Vegas, Nevada. She was the second oldest of 5 daughters and lived with her mother, Aracely Palacio. Lesly was studying Phlebotomy at college. According to her sister, Lesly loved Phlebotomy because they paid her to poke people for a living. She was extremely close with her four sisters. They would hang out together, exercise together, and go hiking. Some of their favorite memories with Lesly were playing music and dressing up together. The sisters had dreams of opening their own clothing boutique together.

Lesly and her mother set up their own business after Aracely Palacio was let go during the covid pandemic. The business was a cleaning business.

According to Lesly’s mother, Aracely Palacio, everyone who met Lesly Palacio liked her, and she liked everyone. She also had a contagious smile.

On the 9th of September 2020, 22-year-old Lesly Palacio’s body was found neat in the Valley of Fire, In Moapa Valley. The 22-year-old had last been seen on video footage being carried out of a home on the east side on the 29th of August, 2020.

On the 29th of August, 2020, Lesley had gone out for drinks at the Las Vegas Longhorn Hotel and casino with her friend, 25-year-old Erick Michel Rangel-Ibarra. They were seen on surveillance footage entering the hotel just after midnight. The same surveillance camera also caught them walking out a little while later. It was then two weeks later before anyone ever saw her again. Her body tossed into the Valley of Fire dessert was discovered on the 9th of September by Moapa Tribal Police, LMMPD investigators, and Red Rock Search and Rescue. Her body was found wearing a t-shirt and her underwear. Her pants were missing. Her underwear was also put on wrong. Instead of the waistband being put around her waist, it was actually a leg band.

The official cause and manner of death are listed as undetermined due to the lack of evidence on the deceased body. Lesly’s body had been exposed to the elements for nearly two weeks, causing her body to be severely decomposed. This made it impossible to determine how she died clearly.

Kaly Palacio received a text from her sister Lesly while she was out drinking. The text said I have something to tell you. Kaly responded by saying what is it but received no reply. She sent another message a little while later, telling Lesly to text her when she gets home safe. After not hearing from Lesly, Kaly decided to try to ring her, but the phone went straight to voice mail. Kaly became concerned, it was unlike Lesly not to respond to her sisters. Lesly had not made it home the next morning, so the family reported her as missing. Lesly was 22, so the police weren’t responsive right away. However, the family knew this was out of character for Lesly Palacio, so they hung up flyers around the town.

They also tried to get into contact with Erick since they knew Lesly went out with him that night. All attempts at contacting Erick were unsuccessful. His family said they hadn’t heard from Erick either, so he was also reported as missing. The family became concerned that something had happened to both of them. They then later found out that Jose, Erick’s father, was also missing, and no one could get in contact with him.

The police searched the Rangel family’s home. During the search, they found a small amount of blood splatter on Erick’s bedroom floor. They also found a bunch of cleaning supplies and garbage bags, and the mop had some dark residue dried on it. There was also blood found on Erick’s mattress and shirt. Police decided to ask neighbors if any of them had surveillance footage to help them determine what had happened.

A neighbor of Erick Rangel- Ibarra had interesting footage from her home security camera for police. The footage showed Lesley entering Erick’s home at around 6 am after their night out at the Longhorn Hotel and Casino. She appeared to be struggling to walk, and Erick helped her. It is possible that she had been very drunk after their night out drinking.

Then only 90 minutes later, the footage shows Erick and his father, Jose Antonio Rangel, dragging her corpse out. The corpse was limp and wrapped in a bedsheet. The father and son place her body in the back of Erick Rangel-Ibarra’s truck.

Shortly after, the surveillance video shows Jose Rangel attempting to clean the driveway with a hose and water.

Cell Phone location showed police that Erick had gone to the Valley of Fire, where Lesly’s body was later found.

An arrest warrant was issued for Jose Rangel. On January 19, 2021, he was arrested by U.S Customs and border control near the San Deigo and Mexico border after he attempted to flee to Mexico.

Erick Rangel- Ibarra remains on the run and is wanted for murder. Investigators believe he is most likely in Mexico. An arrest warrant has also been issued for Erick for his arrest on suspicion of murder. Erick’s truck was located next to a bus stop near the Mexican Border.

The Palacio family was very close family friends with Jose and Erick.

To this day, Jose claims he does not know where his son Erick is.

45-year-old Jose Rangel accepted a plea deal and pleaded guilty to destroying evidence and being an accessory to committing murder in the death of 22-year-old Lesly Palacio. He was charged with being an accessory to murder and destroying or concealing evidence. He was sentenced to 2 years in prison for his role in the murder. He served his sentence at the Clark County Detention Center. Jose said he initially saw the body when Erick dragged it down the stairs of their home on a bedsheet.

What happened to Lesly Palacio?

Lesly Palacio went missing after a night out with close friend Erick Rangel-Ibarra. The pair went out for drinks on the 29th of August 2020 at the Las Vegas Longhorn Hotel and Casino. Lesly was reported missing the next morning by her family after she didn’t return home after the night out, and her sisters and mother couldn’t get in contact with her. Her body was found two weeks later in the Valley of Fire. She was only wearing her t-shirt and her underwear which had been put on wrong. Due to being exposed to the elements for two weeks, Lesly’s body was severely decomposed, and her cause of death could not be determined.

Surveillance footage from a neighbor’s house showed Erick Rangel-Ibarra and his father Jose Rangel dragging Lesly’s limp body out of their home and into Erick’s pickup truck. Her body was then found two weeks later in the Valley of Fire.

What happened to Jose Rangel?

Jose Rangel was arrested by U.S Customs and border control near the San Deigo and Mexico border on January 19, 2021. He was arrested while attempting to flee to Mexico. He was charged with being an accessory to murder and destroying or concealing evidence. He was sentenced to 2 years in prison for his role in the murder. He served his sentence at the Clark County Detention Center. Jose said he initially saw the body when Erick dragged it down the stairs of their home on a bedsheet.

What happened to Erick Rangel-Ibarra?

An arrest warrant was issued for Erick Rangel-Ibarra for his arrest on suspicion of murder. He remains on the run and is wanted for murder. Investigators believe he is most likely in Mexico. Erick’s truck was located next to a bus stop near the Mexican Border.