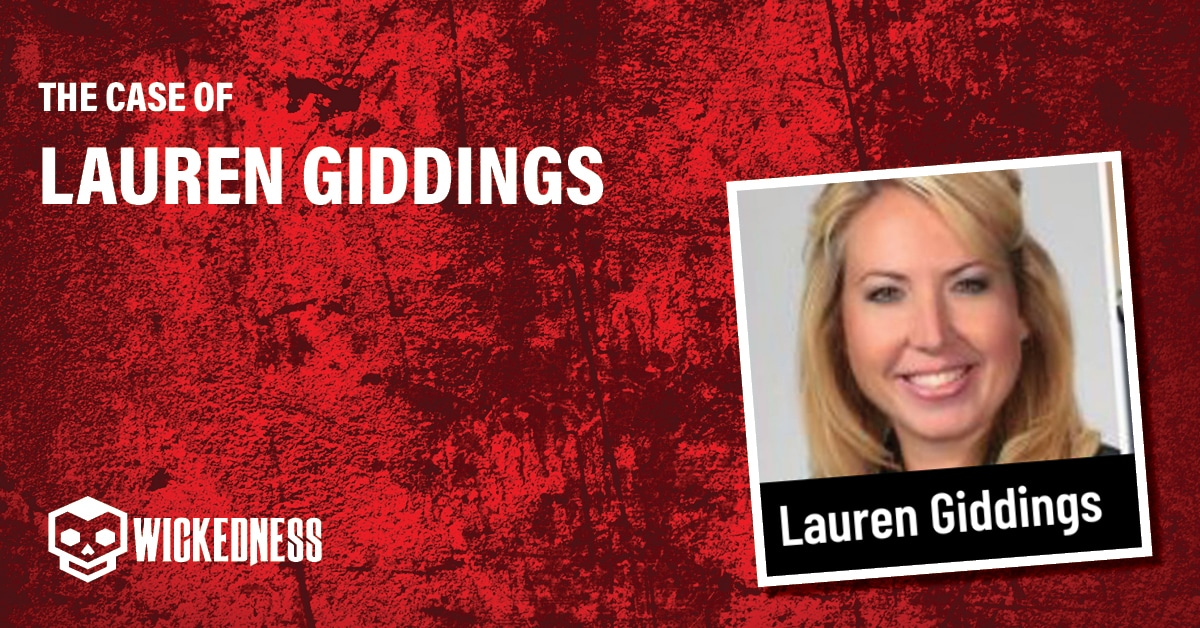 Lauren Giddings – Killed and Dismembered By Her Law School Classmate

Lauren Giddings was excited about her future. She had just graduated from Mercer University Law School and life seemed good. Her happiness didn’t last long, though, because of one sick mind lurking in the shadows…

Lauren Teresa Giddings was born on April 18, 1984. She graduated from Atholton High School in Columbia, where she played field hockey and softball. After high school, she went to Mercer Law School. After she graduated from Mercer Law school, she planned to take the Georgia Bar exam. She was in a happy relationship and was beloved among her friends and other law students. Her life seemed normal, up until one day when her friends noticed she was missing…

On June 30, 2011, Lauren Giddings’s friends reported her missing. They couldn’t reach her even after numerous calls, and they have last heard of her a few days ago. Her car was still in its usual place, but there were no signs of Lauren Giddings. When the police arrived at Lauren’s apartment, they saw evidence of violence. especially in the bathroom, which was smeared with bloodstains.

However, Lauren’s body was not in the apartment, so they decided to search the trash cans outside the apartment complex where she lived. If they came only a few minutes later, the police wouldn’t find anything. But, they came just minutes before the trash was supposed to be taken to its further location. The contents of one trash bag were shocking – it was a human torso, with no head, arms, or legs…

As expected, it was Lauren Giddings’ body. The rest of her remains couldn’t be found. While the police tried to put together the pieces of the puzzle that was her murder, the killer was hiding in plain sight. As usual for cases like this one, TV crews rushed to the scene to get any possible info about the case. Lauren’s neighbors were interviewed, and they all seemed distressed by what happened to her.

One neighbor particularly stood out. It was Stephen McDaniel, a young man that not only lived in the same apartment building but also attended the same Mercer Law School as 27-year-old Lauren Giddings. They weren’t too close, but they knew each other and at first, Stephen seemed really worried about the disappearance of his neighbor and former classmate. However, soon it was evident that Stephen tried to be more adamant about not being involved in Lauren’s disappearance than he was actually worried about what happened to her.

His behavior started to become even weirder as the interview progressed, especially when the news broke out that Lauren’s torso was found. Allegedly, he drank more than 10 bottles of water, while sweating profusely. This drew the police’s attention, and that same day, Stephen’s apartment was thoroughly searched. They found packaging for the saw that was probably used to dismember Lauren’s body, but that was not the only incriminating evidence against him. A pair of Lauren’s panties and a master key that could open any apartment door in the complex were also found, making Stephen McDaniel the prime suspect.

Apart from physical evidence, the police have found some disturbing things on Stephen’s computer. Apparently, he wrote several blogs calling for violence and torture against women. He had a flash drive full of Lauren’s personal photos, and he frequently visited her social media pages. His search history showed that he watched violent pornography while looking at Lauren’s pictures on social media at the same time. The police even managed to retrieve a deleted video footage of Lauren’s apartment, that McDaniel secretly filmed while peeking from the outside. Reportedly, over 200 pieces of evidence were found that implied Stephen McDaniel as Lauren’s murderer.

Stephen McDaniel was arrested on a murder charge, and although he denied his involvement in Lauren’s murder at first, the evidence against him piled up, and eventually, he confessed to his crime in 2012. He revealed that he asked Lauren Giddings out several times, which she rejected each time, as she was in a happy relationship, and wasn’t interested in him anyway. He didn’t take the rejection very well and started to plot a horrific murder.

On June 26, 2011, Stephen McDaniel was spying on Lauren Giddings, as usual. He noticed that she was alone in her apartment, sleeping. He took the master key and tried to silently enter her apartment. As he entered the apartment, Lauren woke up and told him to leave, but it was too late for her. Stephen jumped on her and started strangling her. Although he was much stronger, she put up a good fight, and it took him 15 minutes to kill her.

Once he saw that she was dead, he dragged her body to the bathroom and placed it in the bathtub. He used the saw he brought to cut her body parts and place them in separate trash bags. These bags were thrown into different trash cans, and Stephen McDaniel thought he committed a perfect murder, at least until Lauren’s torso was found.

Stephen Mark McDaniel was born in 1989, to a family of highly educated factory workers. He was, however, not so interested in academic success, although he managed to finish the same Mercer Law School as Lauren Giddings. What interested Stephen more than studying, were women, but not in a healthy way.

He showed obsessive behavior, especially after he met Lauren Giddings. He asked her out several times but was rejected, which further pushed him to fantasize about murder and violence against women. His internet activity proved that he was a misogynistic, sadistic, and deeply disturbed individual. If he wasn’t caught after Lauren’s murder, it is quite possible that he would continue his killing spree.

While on trial, Stephen M. McDaniel tried to defend himself by claiming that his rights were violated when he was arrested. Using his knowledge from the law school, he tried to accuse the police of using improper interrogation techniques and intimidation. He also claimed that he was declined proper medical care and that he was insulted and yelled at.

In spite of his attempts at defending himself, the evidence against him and his confession to the murder was enough for the jury and judge to make a verdict. On April 21, 2012, Stephen McDaniel was sentenced as guilty and convicted to life imprisonment with the possibility of parole after 30 years. He tried to appeal his sentence in 2018, but his appeal was declined by the Richmond County Superior Court.

What Happened To The Rest of Lauren’s Giddings Remains?

Tragically, they have never been recovered. Only her torso was found.

What Happened To Stephen McDaniel?

In a written confession to Bibb County District Attorney David Cooke, Stephen McDaniel admitted that he murdered Lauren Giddings. Based on his confession and the strong evidence against him, the judge gave Stephen McDaniel a sentence of life in prison in 2012, with the possibility of parole after 30 years.

What Was Found On Stephen McDaniel’s Laptop?

His internet search history showed that he was a frequent visitor of Lauren’s social media pages and that he would even search up violent pornography while looking at Lauren’s pictures at the same time.