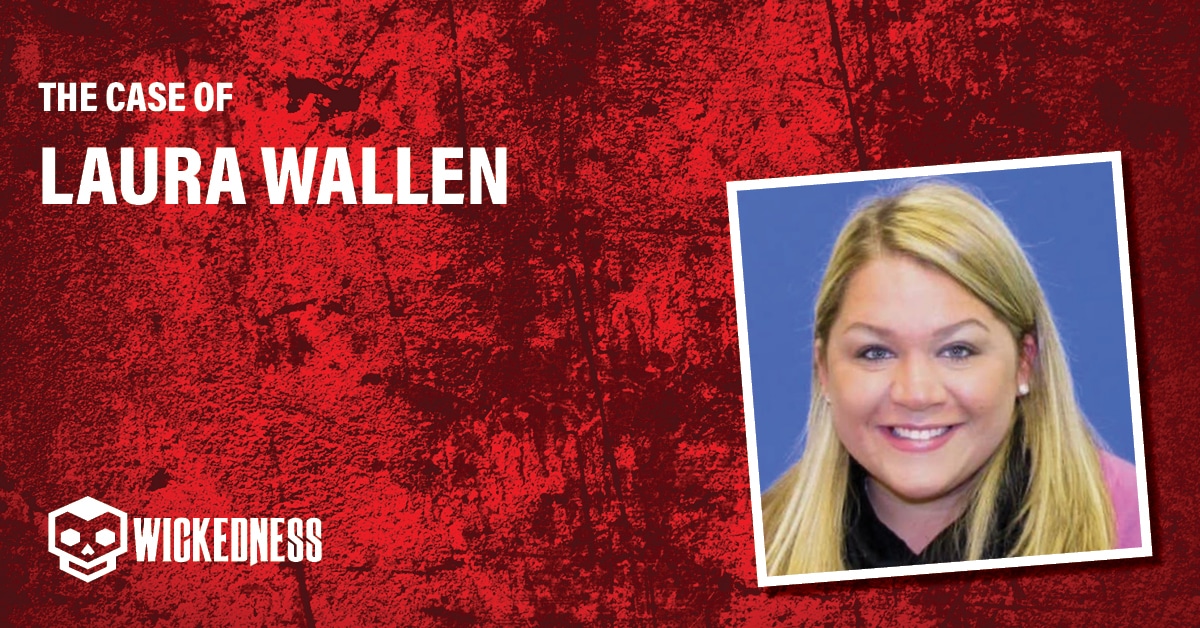 Laura Wallen, a man who lacks foresight cheats on his fiance and impregnates another woman. The aftermath takes down him and some of those around him.

Who was Laura Wallen?

Laura Wallen was a 31-year-old social studies teacher from Maryland. She was four months pregnant with her first child with her boyfriend, Tyler Tessier, at the time of her death.

From a missing woman to a body

On September 3, 2017, Laura Wallen disappeared, she stopped going to school, she stopped talking to her family, and she stopped being seen anywhere. Her family was distraught, they plead with the public to help find their loved one by reaching out during a TV news conference.

With police on the case and still no sign of Laura, hope was dwindling. On September 13, 2017, the family’s worst fears were confirmed when a body was found buried in a shallow grave in Damascus, Virginia, and confirmed to be her. She died of a gunshot wound to the head. Now the question was who killed the school teacher.

Murdered to hide a dark secret

As the truth came out, it became clear that the murderer was Tyler Tessier, the victim’s boyfriend. On the day she went missing, he took her with him in his truck to an open field in Virginia, where he shot her in the head and buried her lifeless body.

The motive was clear, Laura was pregnant with his child but discovered the truth that Tyler was engaged to another woman. The truth was about to get out and turn his life upside down, which was causing great stress for him. Rather than bravely face the consequences of his actions, he decided to try covering up the problem by murdering Laura Wallen in cold blood.

Tyler Tessier was a 33-year-old man who was the boyfriend of Laura Wallen and engaged to another woman. He had a skewed moral compass and tried to live a double life of getting married to one woman while having a child with another.

This led Tyler to situations where he struggled to keep his lives from becoming intertwined. He proved he would go to any lengths on his mission to keep his love interests from finding out about one another, but this ultimately led to his swift downfall when he welcomed a different type of trouble.

The changing testimony of Tyler Tessier

Shortly following the initial disappearance of Laura Wallen on September 3, 2017, police were suspicious that a savage murder may have occurred at the hands of her boyfriend, Tyler Tessier. One of Laura’s friends received a text the night of the disappearance, alerting her that Tyler had taken her to an open field, which was the reason for suspicion. Additionally, the last known sighting of Laura was from a surveillance video in which she and Tyler with both present.

When Tyler was first brought in for an interview, he told detectives he helped Laura disappear because the child she was pregnant with was from another man, so she requested to disappear so it to not get out. This was a false statement. Laura Wallen’s body was found buried with her unborn baby in a shallow grave on September 13, 2017.

At this point, Tyler’s story was proven false, so he changed it. This one was, even more, peculiar; He claimed a group of black men kidnapped him and his late girlfriend from her apartment complex, then drove them to an open field and murdered just Laura by gunshot but spared his life.

When police did not believe Tyler’s testimony, he changed his story a second time. He told investigators that he and Laura were having a domestic dispute one evening when she began brandishing a pair of scissors at him threateningly. The alleged altercation then continued to the porch where Laura experienced a fatal fall, dying of blunt force trauma to the head.

Naturally, police questioned why the so-far unexplained gunshot wound found on her head was there. Tessier argued he was concerned about whether she had fully died and did not want to bury her alive, so he used a bullet as his solution.

The shaky testimony, coupled with a slew of evidence ranging from suspicious texts to prove that he made several trips to and from the crime scene on the days following her chilling murder, was enough for police to arrest and charge Tyler Tessier with first-degree homicide. He was sent to a correctional facility for holding before going through with a jury trial and an official prison sentencing.

Although the evidence proved the guilt of Tyler Tessier in the murder of his pregnant girlfriend Laura Wallen, he was never convicted. Before the trial took place, he killed himself by hanging, in the cell he was imprisoned in at Montgomery County Correctional Facility. There were no co-conspirators, so no convictions or sentences were given out as a result of this case.

Was Laura Wallen found in a field?

On September 13, 2017, Laura Wallen’s body was found buried in a shallow grave in a remote field in Virginia. She and her unborn child were murdered by her boyfriend, Tyler Tessier when he shot her in the head.

Was an arrest made in the Laura Wallen case?

Shortly following the discovery of Laura Wallen’s body, police had compiled enough evidence to go through with an arrest and bring Tyler Tessier first-degree murder charges. Despite the arrest, he escaped a murder trial and near-certain life in prison by hanging himself in the jail cell in which he was being held.

Why was Laura Wallen murdered?

Tyler Tessier killed Laura Wallen in a desperate attempt to keep his double life from being intertwined. Being engaged while having a pregnant girlfriend was too much for him to handle, so when the truth started to get out, he made horrible decisions out of panic.