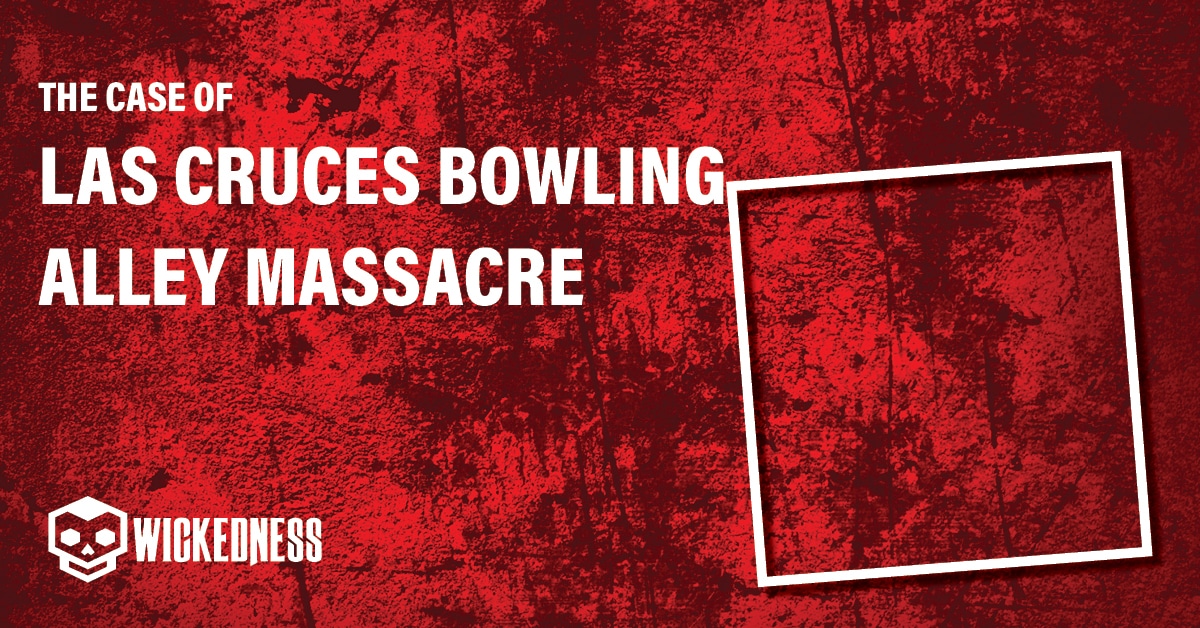 Who Were The Victims of the Las Cruces Bowling Alley Massacre?

Polo and Ruth Teran had their son Steven, twenty-six, in 1963. Records indicate that Steven graduated from Cobre High School in 1981. After graduation, Steven enrolled in the New Mexico Military Institute. Steven was also a member of the National Guard. His ranks included the first lieutenant and platoon leader.

In 1983 Steven married Audrey Martinez, who graduated from Silver High School in 1985. Before marrying Steven, Audrey Teran had a daughter Paula Holguin from a different relationship. Blood isn’t what makes a family; Steven loved Paula as if she were his biological daughter. Audrey and Steven had their second daughter Valerie on May 7, 1987.

Valerie’s obituary says she was a much-loved little girl who loved her mommy and her daddy. She had an incredibly close relationship with her sister Paula. At the time of their murderers, Paul was six, and Valerie was a toddler at only two years old.

Thirteen-year-old Amy Houser was the fourth victim of the Las Cruces Bowling Alley Massacre. Mark Woods, Amy’s brother, was only four when the massacre occurred and didn’t have many memories of his sister. He does recall when Amy would play Nintendo; he sat on her lap.

On February 10, 1990, Ida Holguin arrived for her shift at the Las Cruces Bowling Alley, where she worked as a cook. Ida always arrived at the bowling alley early in the morning to prep the restaurant for lunch. Also at the bowling alley that morning was the manager, thirty-four-year-old Stephanie Senac.

Stephanie, the day manager, was in the office with her twelve-year-old daughter Melissa Rappes and Melissa’s friend Amy Houser. In the office, Stephanie added the receipts from the previous night, and Ida had started preparing for the day.

At some point before 8:30 AM, two gunmen entered the kitchen through an unlocked door. Brandishing a gun, the men forced Ida into the manager’s office, where another man held Stephanie and the girls at gunpoint. The gunmen told the four women to lie on the ground with their faces on the floor.
While the women lay trembling on the ground, the men stole between $5,000.00 and $6,000.00.

Steven Teran, the pin mechanic, couldn’t find a babysitter for his daughters Paula and Valerie and had to go in for work. He didn’t mind bringing them to the bowling alley with him; Valerie and Paula could play in until his shift ended. When Steven and the girls entered the Las Cruces Bowling Alley, he walked to the manager’s office when he couldn’t find Ida or Stephanie.

The gunman had promised Ida, Stephanie, Melissa, and Amy they wouldn’t kill them. At approximately the same time, Steven, Paula, and Valerie entered the office. Steven and his daughters were forced to lie on the floor like the other hostages. And then, despite promising not to kill anyone, the men shot all seven hostages execution style. Before leaving, they set fire to the bowling alley.

Miraculously Melissa Rappes was still alive and managed to reach a phone. After Melissa called 911, Las Cruces authorities raced to the bowling alley arriving at 8:30 AM. Only three of the seven people shot in the bowling alley would survive. Emergency services pronounced Steven, Paula, and Amy dead at the scene. Valerie died hours later at the hospital. This horrible event would be forever remembered as the Las Cruces bowling alley massacre.

Within one hour of the shooting, police set roadblocks up around the city. Anyone attempting to leave the city was subjected to a search by the police. The military provided helicopters and planes to search the area but found nothing.

Steve Senac, brother of manager Stephanie Senac, stopped by the bowling alley that morning before the murders. About one hour before investigators believed the murders occurred, Steve went to the bowling alley to pick up his backpack. He wasn’t scheduled to work that day and had left his bag there the night before.

As Steve left, he saw two men walking toward the bowling alley. Steve described the men to detectives, who then formed two composite sketches. At the roadblock, patrol officers stopped a van with two Hispanic men inside. The men were also in possession of a large amount of cash.

Investigators brought Steve Senac to the van to see if he could identify the men, but he couldn’t say one hundred percent they were the men from earlier. Without any evidence to hold the men any longer, the police had to let them go. There is a possibility the police let the men responsible for the las cruces bowling alley massacre go.

Although it looked like simple robbery was the motive, investigators are unsure if there was more to it than that. Because Las Cruces’ investigators thought this could have been the work of a violent cartel. A few months after the murder, it was featured on Unsolved Mysteries. America’s Most Wanted also discussed the crime two times. Once in 2004 and again in 2010.

In 1999 Stephanie Senac passed away due to injuries she sustained during the attack. Ida appeared in the television series I Survived and talked about her struggle with PTSD. The detective investigating the bowling alley murders said the case is still open and active.

They are hoping advancements in forensic science will be what solves the crime. A small amount of DNA recorded at the scene is currently being tested to determine a DNA profile. Hopefully new DNA technology with the help of a suspect’s genealogy tree, the crime can finally get solved. Crime Stoppers asks anyone with information concerning the bowling alley deaths to call their hotline. Numerous people are waiting for answers about this heinous crime.

When was the Las Cruces Bowling Alley Massacre?

Did anyone survive the Las Cruces Bowling Alley Massacre?