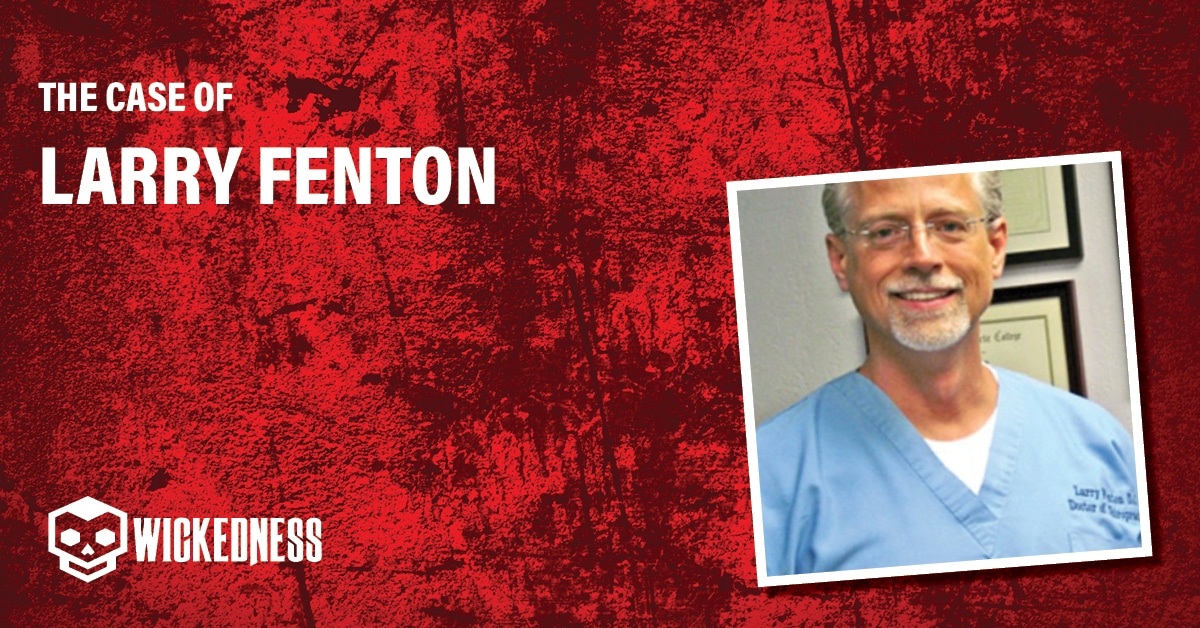 Larry Fenton, a gold-digging wife shoots her husband in cold blood, arousing suspicion with her cheery demeanor and poor planning. A stroke of dumb luck makes an arrest nearly impossible.

Who was Larry Fenton?

Larry Fenton was a 57-year-old man with a successful business career. He established an excellent life for himself, having a home and a wife of 3 years, Rebecca. He achieved success in the medical device manufacturing industry, allowing him to grow a moderate amount of wealth

A heartbroken widow walks in on the worst?

Rebecca Lynn frantically called the police on February 3, 2008; she told them she was just coming back inside from a workout, and she came into their house to find her dead husband, Larry Fenton. He was shot numerous times in the upper body and left in a gruesome crime scene, sprawled in a pool of blood.

Rebecca informed the police that they had valuable items in the house and it was a robbery attempt. Larry’s truck was taken so that was assumed to be part of the robbery. Her claims had some trust, but the police were still suspicious.

A heinous plot for a payday

While the story of a robbery may be believable on the surface, it was simply untrue. What actually occurred was a premeditated plan, orchestrated by Rebecca Fenton, to murder her husband for significant financial payoffs such as his estate. This was possible as they did not have a prenuptial agreement.

She planned a misdirection to send the police off course by fabricating her story about a burglary. She was able to get the attention and scrutiny off of herself to buy time to clean up the crime. It almost worked.

Rebecca Fenton was the wife of Larry Fenton for the years leading up to his death in 2008. She was known to refer to him as a handsome and charming man, bragging about his success and kindness. It was only a matter of time before she revealed her true feelings.

Initially, the police believed Rebecca’s claim that it was a robbery attempt gone awry that led to Larry’s gruesome murder. But slowly evidence began to unfold leading them to suspect the wife.

The demeanor was more suspicious when considering inconsistencies in her testimony. She claimed that she came into the house from her workout, saw Larry, then rushed over to check on him and try to see if he was okay. She did not have any of his blood on her, though. Additionally, the police found the “stolen vehicle” in an area nearby to the house, further weakening Rebecca’s story.

When they searched Rebecca’s car, they found the key piece of evidence. The murder weapon. A gun missing the same amount of bullets as fired during the savage murder was in her car. She was going to be arrested for murder. At least, until a forensic gun residue test determined she did not fire the gun. It didn’t prove she was innocent, but it made the evidence of a gun in the passenger seat of her car useless. Despite being presented with the first piece of physical evidence, forensic evidence helped her escape scrutiny.

A few years later, her ex-boyfriend detailed the abusive tendencies he was victimized by during their relationship to the police, including a time when she threatened his life with a knife. When his story was corroborated, Rebecca Ayn Fenton was arrested for the murder of Larry Fenton. Since she had not been arrested or tried based on any of the evidence previously discovered, it could all be used against her. The police’s strategy of patience paid off.

A jury found Rebecca Ayn Fenton guilty of first-degree murder and she was sentenced to life in prison without parole. She is currently in a Florida women’s prison. She was convicted on November 13, 2015, almost a full 8 years after the savage murder.

During public appearances, she is known to have abnormal behavior and a lack of remorse for her actions. She still maintains her innocence despite the piles of evidence against her, even sticking with the fabricated burglary story she created. She still refers to Larry in high regard, further sticking with her burglary claim.

Where is Rebecca Fenton today?

Rebecca Ayn Fenton was found guilty of first-degree murder. She was sentenced to life in prison without the possibility of parole and is currently serving out that sentence in a Florida women’s prison.

How did Larry Fenton die?

On February 3, 2008, the police were called because Larry Fenton was shot several times in the upper body. He was pronounced dead at the crime scene, which was in his house in Clearwater Florida. The investigation into his death did not conclude until his wife, Rebecca, was found guilty 8 years later.

Who was Larry Fenton?

Larry Fenton was a successful businessman who made a significant amount of money in the surgical device industry. He was known for being a respectable gentleman but was tragically murdered by his wife in 2008.