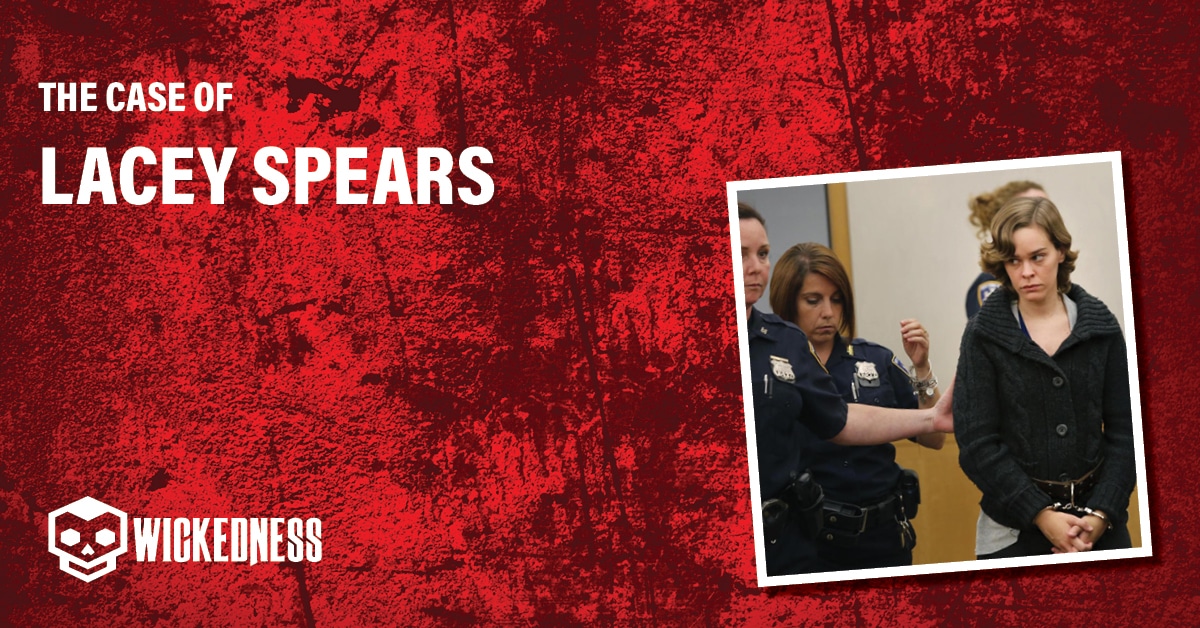 Lacey was sentenced to 20 years in prison for killing her son, 5-year-old Garnett. Garnett was poisoned to death with high amounts of salt.

Lacey Spears was born and grew up in Decatur, Alabama. Lacey worked as a nanny and in a daycare center during her teenage years. She loved children and dreamed of one day having her own.

After her son Garnett-Paul Thompson Spears was born on the 3rd of December, 2008, the single, 20-year-old mother became lonely. Struggling to raise her son alone, Lacey moved to Florida with her son to live with her maternal grandmother. At this time, Lacey got a financial benefit from the government and worked as a cleaner.

Garnett had many health problems. So lacey started a blog telling people about her son’s illness and how he needed help. As a result, she became known as the mommy blogger.

At only nine days old, Garnett became very ill, resulting in him being hospitalized. Garnett was frequently hospitalized, and the doctors never got a diagnosis 100% right. They said that the set of symptoms he presented was almost unbelievable. Garnett had a high fever, ear infections, convulsions, and gastrointestinal problems. The doctors were always uncertain of the cause of Garnett’s repeated illnesses.

At just eight months old, Garnett was given a feeding tube at his mother’s request. According to Lacey, he was not eating, he was losing weight, and she didn’t know what else to do. A while later, Garnett received another surgical procedure at Lacey’s request. This time to stop him from vomiting so that she could feed him without him regurgitating food.

When Garnett was three years old, Lacey heard about a community in Chestnut Ridge called the Fellowship Community. They cared for the elderly and contributed to community service. In return, they earned housing, food, and education for their children. So she and Garnett moved there, and Garnett adapted quickly and made lots of friends.

One day one of the local families took their children and Garnett for lunch at a restaurant close by. Garnett was known to have difficulty eating, but to the family’s surprise, he desperately ate his meal that day, even asking for more.

Garnetts’s biological father was a friend of Lacey’s, Chris Hill, who had allegedly wanted to be a part of Garnett’s life but wasn’t allowed to be. Lacey had lied to him and said he was not the father and instead created a fake person who was a police officer named Blake, who died in a car crash, allegedly Garnett’s father.

It was eventually discovered that Lacey had a long history of lying. She faked illnesses, pretended other children were her own, and even forced Garnett to suffer repeated hospitalizations from a young age.

On the 23rd of January, 2014, Garnett-Paul Thompson Spears died at the Maria Fareri Children’s Hospital in Valhalla, New York. The young boy’s brain was severely swollen, he had a few cardiac arrests, and eventually, the devices keeping him alive were turned off after it was determined he had brain damage and would not survive.

Garnett’s sodium level was sky-high, and it couldn’t be occurring naturally, someone had to be inducing it.

The doctors begin to suspect 26-year-old Lacey Spears. Law Enforcement was called in.

The Westchester County police searched Lacey’s house. When they entered, they found several bottles of medicine that corresponded to treatments for Garnett’s illness. On the cupboard next to the medication was a can of salt.

Lacey’s neighbor Valerie contacted the police. She told them that on the day Garnett Spears became sick and was hospitalized, Lacey had asked her to throw away a bag of food that was in her house and not to comment to anyone about it. Valarie got the food bag but didn’t throw it away. Instead, she kept it in her house. The police collected this bag and sent it to the laboratory for analysis.

It was discovered that the bag had a high sodium content, corresponding to 69 small salt packets. This quantity of salt is fatal.

Once again, 26-year-old Lacey Spears was questioned. The policemen asked her how there could be so much salt in the body of a 5-year-old child. She answered, saying that’s what they should be asking the doctors, not a mother who has already suffered so much.

Ten weeks after Garnett’s death, the medical examiner confirmed that the case was a homicide. The prime suspect was identified as Lacey Spears.

After the death of her 5-year-old son, Garnett, single mother Lacey Spears was charged with second-degree murder and first-degree manslaughter. On the 2nd of March 2015, a jury found Lacey guilty of murdering her son by poisoning him with table salt, which she had administered through his feeding tube. On the 8th of April 2015, Lacey was sentenced by the judge, Robert Neary, to 20 years in prison.

What happened to Garnett Spears?

5-year-old Garnett-Paul Thompson Spears was hospitalized with an elevated sodium level. His sodium levels were at a lethal level. The sodium levels caused him to have swelling on the brain and undergo a number of cardiac arrests. The 5-year-old boy was eventually determined brain dead and that he would not survive.

What is Munchausen by Proxy?

Munchausen by Proxy is a psychiatric disorder in which a parent harms a child for sympathy and attention. It is a disorder that police consider possible that Lacey Spears suffered from.