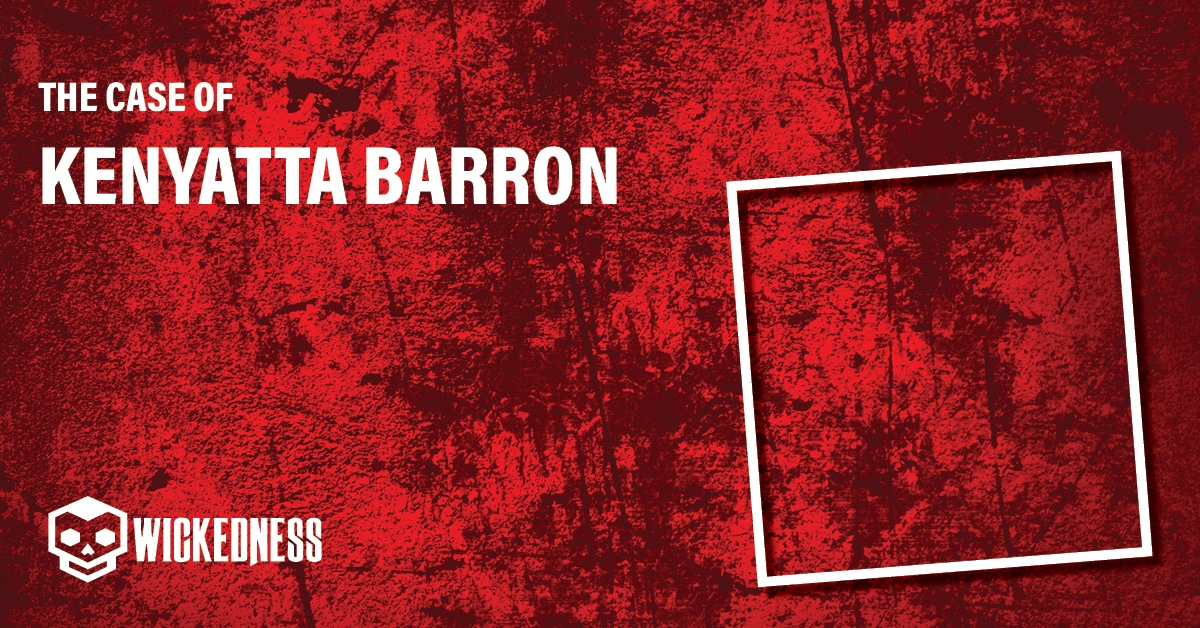 Who Was Kenyatta Barron?

Kenyatta Barron was the 33-year-old mother of two children, Ron’Niveya O’Neal and Ronnie O’Neal Jr. She was described as a very loving mother, and she was much beloved by her family, including her mom and sister, who were very close with Kenyatta.

Ron’Niveya was a 9-year-old girl who was living with severe disabilities, autism, and cerebral palsy. She had to use a wheelchair and was non-verbal.

Her mother went to great lengths to take the best care she could of her disabled child and decorated her room with a princess theme. Often she would feed Ron’Niveya her favorite treats, Oreos, and read her bedtime stories.

The father of the children and Kenyatta Barron’s boyfriend was Ronnie O’Neal. Although having two children together and living together, the two were not married, and Kenyatta’s family did not approve of Ronnie. Or trust him. Their suspicions of him would tragically become founded on the night of March 18, 2018.

Who Was Ronnie O’Neal?

Ronnie O’Neal, who was 29 years old at the time of the murders, is a male living in the state of Florida. He suffered from both mental and physical abuse as a child, and psychologists diagnosed him with delusional disorder and PTSD that was reportedly caused by a drive-by shooting (months before the murders) in which he had been shot.

He was clearly disturbed and showed erratic behavior throughout all of his court proceedings. Kenyatta Barron’s family said that Ronnie had displayed this type of odd behavior for a long time, which is why they never trusted him with Kenyatta and their children.

What Happened The Night Of The Murders?

On March 18, 2018, Kenyatta Barron and Ronnie began arguing. This arguing would lead to Ronnie pulling a shotgun out from under their bed and chasing Kenyatta through the house with it. He shot her in the arm and yelled to his then 8-year-old son to come to kill her, which of course, he didn’t do.

At some point, Kenyatta was able to get to the phone and make a quick and frantic 911 call in which she could be heard screaming that she was sorry and trying to calm Ronnie down in one last attempt to save her and her children’s lives.

Kenyatta Barron stumbled outside right before her death, being chased by Ronnie, and then he brutally beat her to death with the shotgun since he had run out of bullets. After she was dead, he returned to the home and killed his disabled daughter with fatal blows to the back of her head with an ax.

Ronnie then tried to light Ronnie Jr on fire, but Ronnie Jr ran away into the kitchen, where Ronnie caught up to him, stabbed him, and then lit the rest of the house on fire. Ronnie then ran away, hoping that the fire would hide the evidence of his heinous crimes.

But miraculously, Ronnie Jr survived and stumbled outside, where he was found by a neighbor. The boy was stabbed so badly that they originally thought he was disemboweled, and he also had burn wounds and a collapsed lung on his list of injuries. He was rushed to the hospital.

Firefighters on the scene rushed into the house to see if there were any survivors, and it was there that one man found the body of Ron’Niveya. He carried her out into the front yard and laid her down, where he then took in the state of her corpse and realized that she was dead. He reportedly cried and hugged a fellow firefighter.

Kenyatta Barron was also found dead outside, and then the shotgun used to kill her was found nearby, being almost completely destroyed by the amount of force used to kill Kenyatta with it.

The police also found Ronnie that night and proceeded to arrest him after some struggle as Ronnie fought back at the police. They had to tase him into submission. In the police car, he mumbled about his girlfriend being the devil and her kids being the devil’s spawn.

Ronnie Jr Was Put in A Secure Location

In the two years from that horrible night to the trial, Ronnie Jr was adopted by one of the investigators on the case and taken to an unknown and secure location to recover and live until his testimony. He needed an emotional support dog and suffered greatly from the trauma inflicted on that night.

The Trial Was Bizarre

Ronnie was facing two counts of first-degree murder as well as one count of attempted murder at the time his trial started in 2021, the charge was very likely to be the death penalty. And yet, he strangely chose to be his own defense attorney, which would lead to a very bizarre trial unfolding.

His defense was that he had killed Kenyatta Barron after she had harmed their children and maintained that she was the aggressor and he was only acting in self-defense. He said that he would never harm his children despite all evidence to the contrary.

Ronnie claimed that the evidence against him was fabricated and manipulated in order to make him look guilty. He included the testimony his son would give as part of the manipulated evidence, as he said that his son had been groomed to say certain things.

Ronnie would end up questioning his own son over a video call in which he asked Ronnie Jr if he hurt him that night. Ronnie Oneal IV replied “Yes” and elaborated, “You stabbed me,” while talking to his dad.

And the rest of Ronnie Jr’s testimony continued to confirm that Ronnie was indeed responsible for the death of 33-year-old Kenyatta Barron and their daughter.

During closing arguments, Ronnie had to be reeled in several times by the judge for profanity, and she later said that in all her years as a judge that this was the worst case she’d seen and that it would haunt her for the rest of her life. Condemning Ronnie O’Neal III for being a monster.

On June 21, 2021, Judge Michelle Sisco delivered the sentence to Ronnie. Ronnie O’Neal was found guilty of two counts of first-degree murder, one count of attempted first-degree murder, one count of arson, two counts of aggravated child abuse, and one count of resisting a law enforcement officer. On July 23, 2021, he was given three consecutive life sentences without the possibility for parole, plus 90 years, running consecutively.
“Nineteen years I’ve been in this job,” Judge Sisco said. “I’ve seen human beings killed by the hands of others in every way imaginable. This is the worst case I have ever seen.” Although he didn’t receive the death penalty, Ronnie will spend the rest of his life in prison, and Kenyatta Barron’s family still considers that a win.

Q: What about Ronnie Jr.?

A. On November 25, 2019, 9-year-old Ronnie Jr miraculously survived the double murder of his beautiful family and attempted first-degree murder. He was adopted by detective Mike Blair, who cared for him the night of the murders. Upon joining the Blair family of 7, Mike, his wife Danyel, and five other children, Ronnie Jr changed his name to Ronnie Blair. When asked about the adoption, Ronnie Blair says he is loved and a part of his new family.

Q: How old was Ronnie O’Neal when he killed his family?

A. Ronnie O’Neal was 29 years old at the time of the brutal murders.

Q: Did Ronnie O’Neal ever show any remorse?

A. No, Ronnie insisted during the trial that he had done nothing to feel guilty about.

Q. What was Ronnie III’s motive for murdering his family?

A. 29-year-old Ronnie O’Neal III had become a follower of the Nation of Islam and was trying to convert Kenyatta Barron and his children to his new religion. When they refused, he decided it would be better off to remove them all from this world and set their Riverview home on fire.