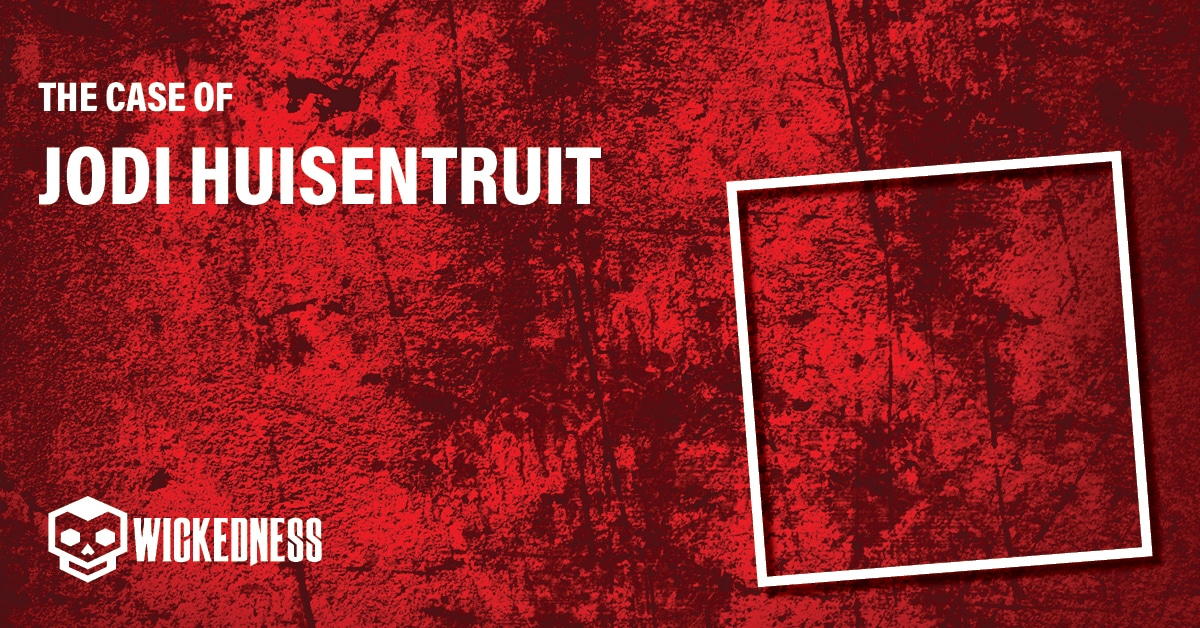 Jodi was legally declared dead in 2001.

No official suspects but many theories

Who was Jodi Huisentruit?

Jodi Sue Huisentruit was born on June 5, 1968 in Long Prairie, Minnesota, USA. Her parents were named Maurice and Imogene but unfortunately, both of her parents died in 1982 and 2014. In high school, she played on the school golf team and showed an amazing natural talent for the sport, it was something she enjoyed doing until the day she went missing. While at high school, Jodi realized that she really wanted to become a television news anchor and this became her main focus.

After high school, she attended St Cloud State University where she studied mass communications and speech communication to help her achieve her dream job. Whilst at university, she worked on their TV station and got a taste of the career she wanted to do. It made her fall in love with it even more. Jodi graduated with a bachelor’s degree in 1990.

After graduating, she got a job at Northwest Airlines but this wasn’t something she was truly passionate about. She found a job with CBS News affiliate, KGAN, in Cedar Rapids, Iowa and this kickstarted her news anchor career. Over the next few years, she worked at various news stations but eventually settled with KIMT in Mason City, Iowa. Jodi packed up her life in Cedar Rapids and moved to Mason City which was four hours away from the place she had grown up.

Jodi was given the morning and the afternoon show which she was so excited about. The morning show was called Daybreak and this aired at 6am, meaning Jodi had to arrive at the studio between 3.30am and 4am. Even though she worked long hours and she started her days early because she was a morning anchor, her colleagues at KIMT described Jodi as bubbly and she made friends easily and quickly.

The day before her disappearance, Jodi had taken part in a golf tournament. After this, her friend John Vansice, Jodi visited his house to view a videotape he’d made of her birthday celebrations earlier that month.

On the morning of June 27, 1995, Jodi was supposed to arrive at the news studio at around 3.30am to get ready for her Daybreak show. When it got to 4am, the producer of KIMT, Amy Kuns, called Jodi to see if she had overslept. This had happened before and Jodi had still made it into work on time. Jodi did answer this call and apologized, then said that she was getting ready to leave her apartment.

However, Jodi never made it into work. Amy had to cover Jodi on the Daybreak show and when she still hadn’t made an appearance by 7am, KIMT staff informed the police that Jodi was missing.

Victim was Found Dead/Start of The Crime

Jodi Huisentruit’s body has never been found. Mason City Police Dept. did find a number of clues at the crime scene that led them to believe that Jodi was abducted but none of these led to anything concrete.

Jodi was officially declared legally dead in May 2001.

As Jodi has never been found, the specifics of this crime are unknown.

Police officers believe that Jodi was abducted as she walked to her car on the morning of June 27, 2005. Her car was still in her apartment complex parking lot and personal items of Jodi’s were strewn nearby such as her high heels, hairdryer, hair spray,  earrings and her bent car key. There were also drag marks which indicated that she had been forcefully removed from the scene.

What happened to Jodi next is still sadly unknown but this is the scenario that law enforcement officials believe Jodi faced.

There has never been officially named suspects but there are many detailed crime theories, both from the police and from Jodi’s friends and family.

After she moved to Mason City, Jodi made friends with a man by the name of John Vansice. John was 22 years older than Jodi and while their friendship made some people uncomfortable, Jodi insisted that John was like a father to her. The couple met in a bar and it turned out that John lived in the same apartment building as Jodi. John was the host of her surprise 27th birthday party and he even talked about naming a boat after her.

When Jodi disappeared, her friends wondered if John had wanted more from their relationship and when Jodi had turned him down, this caused John to become angry. But he passed a polygraph test and provided palm prints and a DNA sample to a grand jury. He also has a pretty solid alibi for the morning that Jodi went missing.

While their relationship might have seemed odd, it doesn’t look likely that John abducted her. So who did?

Other theories center around Jodi being a victim of a stalker. Almost everyone in Mason City recognized Jodi, they started their day with her on the news. Her home address and phone number were listed in public records and she often spoke about her personal plans on air.

Friends and family have since said that Jodi had told them that she believed she was being followed. And in October 1994, she filed a police report claiming that a black truck had been following her while she was out hiking. This black truck was never found and the owner is still unknown.

A person of interest, although not officially, was a sex offender called Tony Jackson. He was a serial rapist and in 1995, he lived two blocks from the news studio. In 1997, he was convicted of raping four women and he confessed to killing Jodi to another inmate. He has since declared his innocence and the Mason City Police Department have said that he isn’t considered a suspect.

There was also another man called Jerry Burns who, in 2018, was convicted of killing an 18 year old in 1979. This girl and Jodi resembled each other and Jerry actually brought up Jodi’s name in his interrogation.

Other theories are more conspiracy based, with one suggesting she’d been killed by someone who worked with the Mason City Police Department and another claiming she was killed for investigating the death of a local farmer which was linked to local methamphetamine rings.

When police investigators arrived at Jodi Huisentruit’s apartment complex, they found her red Mazda Miata in the parking lot. Her bent car key was found nearby, as well as other personal items. Drag marks were also present and this gave the police the impression that Jodi had been abducted on the way to her car. There was little forensic evidence found at the scene but the Mason City Police Department claim that they found an unidentified palm print from her vehicle.

Police investigators interviewed apartment residents and neighbors told police that they had heard screams around the time that Jodi would have been abducted but no one reported it at the time. Another apartment resident claimed that they’d seen a white truck parked with the engine running and lights on in the early hours of June 27 but this van was never identified.

Since then, Jodi Huisentruit’s family have hired private investigators to see if they can find her and they even visited California to meet with three psychics. While the psychics did produce some leads, none of them led to anything concrete.

In May 1996, volunteers searched an area in Cerro Gordo County and marked anything that looked suspicious. Law enforcement later investigated the areas of interest but couldn’t find anything significant.

After over 1000 interviews, law enforcement officials and private investigators still have no idea what actually happened to Jodi and her death remains unsolved. She was legally declared dead in May 2001.

FindJodi.com was set up in 2003 to keep her case in the spotlight and provide people with a place to give tips if they had any new information. In 2020, a podcast by the same name was also launched to try and reach a new audience. Jodi Huisentruit’s family want to keep her memory alive.

As of today, the Mason City Police Department and the Iowa Division of Criminal Investigation are still actively investigating the disappearance of Jodi Huisentruit.

Yes, Jodi Huisentruit has never been found and Mason City Police still don’t know exactly what happened to her on June 27, 1995.

Any information about her disappearance should be reported to the Mason City Police Dept. or the Iowa Division of Criminal Investigation.

Where was Jodi Huisentruit born?