Jessica Lunsford was a 9-year-old girl when she was abducted from her home by John Couey, a convicted sex offender. He raped her several times and then buried her alive near his residence. 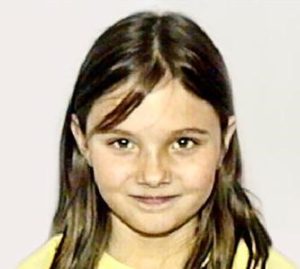 Jessica Lunsford was a lovely kid who loved to play with stuffed animals. She was born on 6th October 1995 in Gastonia, North Carolina. She moved to Homosassa, United States with her father and started her education. She was a sharp student and wanted to be a singer or fashion designer. But on 24th February 2005, she was abducted from her own home at night.

On 24th February 2005, Jessica’s Father, Mark Lunsford, went to her room in the morning to turn her alarm off but she was not there in her room. He searched the house but couldn’t find her. Nothing was missing except Jessica and her stuffed dolphin that Mark Lunsford won at a state fair.

Jessica took that stuffed dolphin when John Couey was abducting her. Couey allowed the girl to take that toy with her before committing the heinous acts. Mark got worried and reported Jessica’s disappearance.

The girl’s paternal grandparents said that they saw her at about 10:00 when they put her to sleep in her bed. Mark Lunsford wasn’t home at that time because he went to his girlfriend’s house for the night.

A nationwide alert was issued describing Jessica as a 4’11” girl with brown eyes and tall brown hair. The full-scale search continued for several days but no one could find the missing girl. Jessica’s grandmother, Ruth Lunsford said that she would never leave the Lunsford home voluntarily. 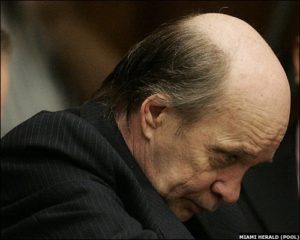 John Couey confessed in an audio recording that he abducted, sexually assaulted, and killed Jessica Lunsford. He also said that he had seen the girl previously playing in her outdoor area.

Couey was just planning to burglarize Jessica’s home but when he saw her, he instantly planned to kidnap her. The kidnapper entered the house by using an unlocked door and told the girl not to yell. He asked the girl to follow him out of the house, which she did. Then he grabbed her and took her to his house.

He also admitted to raping Lunsford and keeping her in his bedroom. Then he raped the little girl again in the morning and repeated the same acts for three days. He kept Jessica in his closet whenever he needed to go out. After three days Couey told Lunsford that he was going to take her home and ordered her to get into two garbage bags. Once she got in, he took her outside and buried the little girl alive.

John Evander Couey was a registered sex offender and his criminal record included carrying a concealed weapon and more than 20 burglary arrests. Although he was a child sex offender, he only received short sentences because of the laws. He was 46 years old when he kidnapped Jessica and committed those monstrous acts.

9-year-old Jessica Lunsford was kidnapped on 24th February 2005 by John Evander Couey. The killer was arrested after three weeks of her disappearance. However, the reason behind his arrest was having an illegal amount of cannabis. It was only a local warrant and he was released after being questioned.

On 12th March 2007, the Citrus County Sheriff’s Office requested to arrest Couey to investigate Jessica Lunsford’s case. That’s because he used to live only about 65 yards from the victim’s home. He was interviewed by the police and said that he doesn’t know anything about Jessica. So, the police had to release him.

On 14th March the police searched the trailer of Dorothy Dixon, Couey’s half-sister where he used to live. A pillow and a blood-stained mattress were found from Couey’s room and they were sent for forensic analysis. The analysis showed that the pillow and mattress had Jessica’s DNA.

The police immediately arrested Couey for murdering Jessica Lunsford and he was sent to Citrus County jail. Three other people living in the trailer were also arrested because they didn’t notify authorities about Couey’s crimes.

On 19th March 2007, the police found Jessica Lunsford’s body near the house where Couey lived. The girl’s body had undergone decomposition. She also had poked a couple of fingers through the trash bag before dying. Jessica’s body was wrapped in plastic bags and her hands were also tied with speaker wire.

Trial and Verdict of John Couey 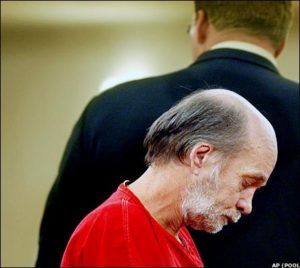 Couey’s confession was considered inadmissible because he didn’t have any lawyer when the police recorded it. Additionally, officials couldn’t seat an unbiased jury in Citrus County so the Couey’s trial was sent to Miami and it became a lengthy appeals process.

Couey was found guilty of burglary, kidnapping, capital sexual battery, and first-degree murder. The jury discussed for four hours to decide whether he should be sentenced to the death penalty or life in prison without parole. Judge Ric Howard said in court that the killer caused suffering, a slow, and conscious death.

On 24th August 2007, John Evander Couey was given a death sentence but he died of natural causes on 30th September 2009. On Couey’s death, Mark Lunsford said that he is sad but her daughter’s death has been redeemed. Sheriff Jeff Dawsy said that it’s a relief that he died but he certainly didn’t suffer the way Jessica did.

What happened to John Evander Couey?

Jurors convicted Couey of kidnapping, sexual battery, and first-degree murder on 24th August 2007. But he died on 30th September 2009 due to natural causes. His body was sent to a hospital in Jacksonville, Florida according to a Florida Department of Corrections spokeswoman.

What is Jessica Lunsford Act?

Jessica Lunsford Act is a new law that was named after Jessica Lunsford. It can stop repeat offenders because it has increased the prison sentences for registered sex offenders. Jessica’s Law and Jessie’s law also refer to the same reforms that many other states made after her death.

What did John Couey do to Jessica?

John Couey kidnapped Jessica Lunsford from her house and took her to his bedroom. He raped her multiple times in a three-day duration and after that, he wrapped her in two garbage bags and buried her alive.