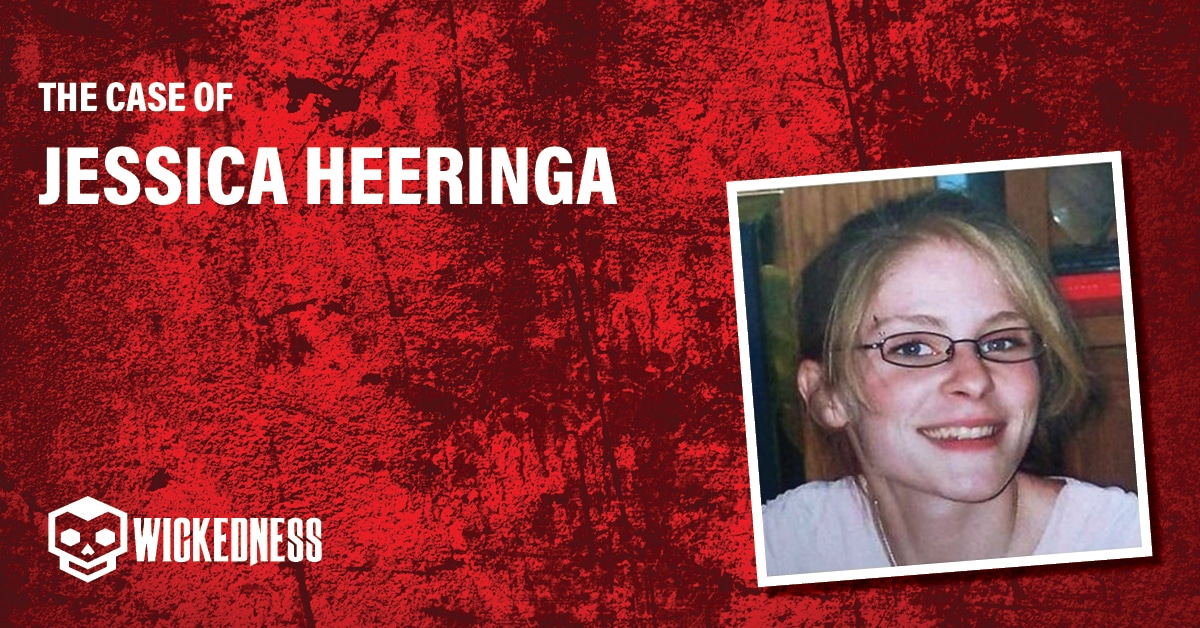 Jessica Lynn Heeringa (Jessica Heeringa) was a young mom in her mid-twenties trying to provide for her family when she vanished without a trace.

Jessica Lynn Heeringa was born on July 16, 1987. She has a three-year-old son, and her fiance Dakoda had recently lost his job. While Dakota stayed at home to look after the boy, Jessica had to work to support her family. She worked at an Exxon gas station in Norton Shores, Michigan, United States. Jessica Heeringa quite often worked the late shift.

On April 6, 2013, 25-year-old Jessica Heeringa worked the night shift at Exxon gas station in Norton Shores, United States. One of Jessica’s regulars, a guy named Greg, visited Jessica at the gas station to fill up his car. It’s 11 pm and dark outside. He goes to fill up his car, but the pump doesn’t activate. He goes inside to let her know that he is here and needs the pump back on. However, when Greg walks inside the store, he is surprised that he doesn’t see Jessica Heeringa behind the counter. He looked around the shop and began to call out her name. The store was empty. Greg then noticed the cash register was open just a bit and her purse was sitting next to the register. Something didn’t feel right to him. He decided to call 911.

When the police officers arrived, they found her jacket in the back room and her car in the parking lot. The cash register was left open, but all the money was still inside. Jessica’s purse was left on the counter next to the register, the contents also untouched. This made police sure that a robbery had not occurred.

The police then noticed out near the back door there was a small dark stain smudged into the concrete that looked like blood. They take a small sample and send it off for testing straight away. Even without the results, police feared the worse. That Jessica Heeringa was the target.

Police decided to talk to two people who could hold the key to where Jessica Heeringa may be. The first is her fiance Dakota. They ask him about his whereabouts. He said he spent the night with their son, and the couple only had one car, which was in the gas station parking lot.

Police then call Jessica Herringa’s manager Sue. They wanted to know where she was at the time and if anything strange had been going on recently. Sue happened to be driving by the gas station at the perfect time that night. She said as she drove by, she saw a strange minivan parked out the back of the gas station. This was so suspicious that she stopped and watched what was going on. They didn’t see any theft, but they saw a man go to the vehicle’s truck to adjust something before taking off.

With Sue’s description, a sketch was created. The sketch was released to the public in hopes someone would be able to come forward with some information. The police received hundreds of tips, but they came up empty-handed.

At the time of Jessica’s disappearance, there was no surveillance video at the Exxon gas station. The police use the transaction records to put together a timeline of what was happening at the station before Jessica went missing. Jessica had sold a lighter at 10.54 pm, and Greg placed the 911 call just 13 minutes later at 11.07 pm.

On May 8th, 12 days after Jessica went missing, the investigators got their DNA evidence back. The dark stain at the back door was blood, and it was a match for Jessica. Eventually, every lead was exhausted, and the case went cold.

Seven months after Jessica vanishes, Jessica’s mother, Shelly Heeringa, asks police if they had checked or found any information in Jessica’s journal. Jessica kept a diary of her thoughts, and her mother handed it to Dakota and asked him to make sure that it got to the police. The police and Jessica’s mother were surprised that after seven months, the diary was never handed over.

As soon as Dakota hands over the journal to detective Mike and mike begins to read it, he quickly discovers that Dakota was not the loving, supportive partner everyone thought he was. Detective Mike was shocked that the journal wasn’t destroyed or lost. The most worry was an incident Jessica wrote about where Dakota had her pinned down on the floor, and their toddler walked in. Cell phone records showed that Dakota was at home all night with their son, as he said. He was placed as a person of interest because of the new evidence in the journal. Dakota was eventually cleared due to the evidence placing him at home.

In February 2014, 10 months after Jessica vanished, an investigator in Michigan, just over 80 miles south of where Jessica went missing, called Detective Mike with an all too familiar story. A young girl who was abducted was dragged into a car and sexually assaulted. This young girl survived and was eventually able to identify her attacker. A man named Brad Mason. Brad Allen Mason had an extensive criminal history and was a convicted sex offender. He was staying right down the street from the Exxon gas station when Jessica disappeared. Unfortunately, Brad Allen Mason was deceased. The lead turned cold.

In 2016 on April 16th, an unnamed 16-year-old girl in Michigan was abducted after leaving a party. A guy pulled over and asked if she would like to use his cell phone. The unnamed 16-year-old girl was lost she said yes she wanted to call her friends or her parents. He then says if you’re going to use it, you have to get into my car first. She then got into his silver minivan. The same minivan that the gas station manager had seen behind the gas station. As soon as the teen girl got in, he locked the doors and pulled a gun on her before driving off. The terrified teen girl managed to jump out of the moving car and run screaming to the nearest house for help. She was let into the house and survived the attack. She picked out a face in a lineup without hesitation. This gave police a name, Jeffrey Willis, a resident of Muskegon Township.

Police get a search warrant looking for anything to connect this man to the kidnapping of the teenage girl. In a lockbox under the seat of his van, police find rope, handcuffs, a long metal bar with wrist restraints attached to them, a ball gag, pornographic material of women tied up, viagra, sex toys, a video camera, rubber gloves, batting gloves, a pistol with ammunition, insulting, five syringes and one full with a liquid they believed was a sedative.

Jeffrey Willis was found guilty of the first-degree murder of Jessica Heeringa and Rebekah Bletsch and kidnapping charges in Jessica’s case. He was sentenced to life without parole in both incidents. He will remain in the Muskegon County Jail. In addition, Jeffrey is a suspect in the unsolved murder of Angela Marie Thornburg. Jessica’s body still has not been found.

What happened to Jessica Heeringa?

Jessica Heeringa disappeared during the night shift at the Exxon gas station on the 6th of April, 2013.

What happened to Jeffrey Willis?