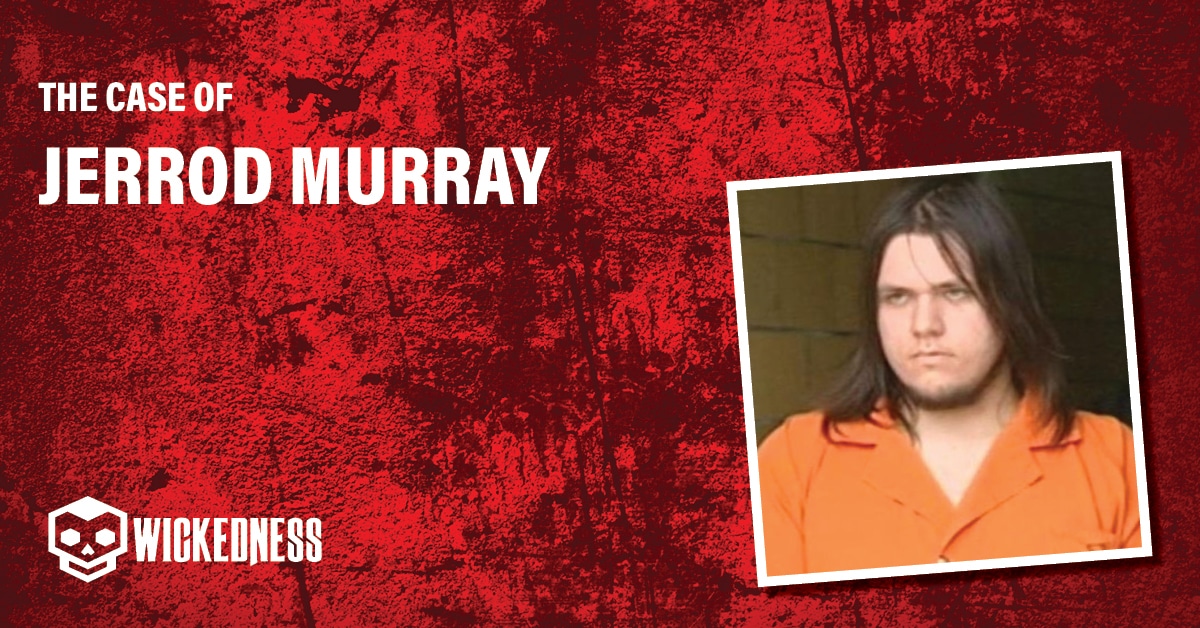 Murray life before a crime

Jerrod Murray was born on 20 July 1994 in Oklahoma, USA. His childhood took place in a small town with modest homes, Asher. Jerrod was a strange kid. His family noticed that he had odd behavior. On his fifth birthday, he attempted suicide. He tried to hang himself but the rope did not hold him. His brother found him lying unconscious on the ground. Parents asked him about the motives for his actions, but he did not mention a reason.

From childhood, he suffered from obesity, which was a reason for ridicule from peers. This made him a closed man and outsider. He did not fit into the social framework, became a recluse, and wore a black suit. He liked the weight of the suit. Also, he would wear a black suit while he commits the crime. In school, he was bright but had enough motivation. However, he took a position in the elementary school community. His learning outcomes were poor, he did not finish Asher Public School. He was later able to obtain a GED. Then he joined the East Central University in Oklahoma.

Asher Police Chief Tommy Greggs said that Jerrod Murray was a good guy, he never had troubles with the law. Then Jerrod left his small town south of Pottawatomie County. At the university, he continued to wear a black suit and black trench coat all the time. Jerrod never aroused suspicion. No one thought this man could commit murder or other crimes. He never mocked animals or expressed aggression. Jerrod usually thought about suicide, but there were no intentions. However, he also told of brutal murders, bombings, and tortures. Nevertheless, all treated those words as empty talks. The thoughts of suicide haunted him. He did not try to deal with them, nor did he take any medicine. He did not think of killing anyone but himself. Jerrod did take drugs. The only drug he knew about was marijuana in his high school age. After he tried marijuana, Jerrod remained pure. His mental health history was clear. He was never a patient in mental health facility. He had not any mental defect, said local psychiatrist on condition of anonymity.

He did not come to see his grandfather off after his death. It was three weeks before the murder. Jerrod confessed that the murder was planned for two-three weeks, and there was no special target. He just decided to kill his roommate Generro Sanchez. Fellow college student Jared Murray did not show any other motives and had lack of remorse and lack of empathy to district attorney. Jared Murray showed himself as one of the most notorious criminals, as it was said at a news conference.

It was the evening of 3rd October 2012. 18-year-old Jerrod Murray met with his friends Wyatt Freeman and Generro Sanchez to play video games on the video player. It was in Freeman’s dormitory. Before video player was loading fellow college student Jared Murray said he was a master of martial arts. He said that he had never lost to anyone and will never lose. Fellow student Wyatt Freeman suggested testing his skills. Murray agreed to suffocation by a chokehold. Freeman strangled him. When Jarred recovered from an unconscious state, he became aggressive. He attacked Freeman. Fellow college student Wyatt Freeman responded by hitting Murray in the head. The situation reached the point that students living nearby came to Freeman’s room. They called the police to calm Murray down. The students could not agree with his actions, they sided with Freeman’s defense. All the students of the Pesagi residence of East Central University were afraid of Murray and his mental defect.

Fellow college student Generro Sanchez with Murray were only acquaintances. After a few days, Murray asked 18-year-old Generro Sanchez to help him. Murray asked to be taken to Walmart, for which Sanchez would receive 20 bucks. It was the evening of 6th December 2012 and there was considerable cloudiness with a slight chance of a rain shower. When they arrived, fellow freshman Murray pulled out a gun and threatened Sanchez. Murray in his nice outfits ordered him to drive to Asher. Sanchez panicked and begged to be released. Remembering Murray’s character and past incident, he begged to save his life. To calm down Sanchez, Murray pulled out bullets and placed them on Sanchez’s lap. However, he had a spare clip with him. 18-year-old Jerrod Murray unknowingly loaded his gun again. On the way to Asher, he shot him in the head and jumped out of a moving car. The investigation established that he did not hit 18-year-old Generro Sanchez with the first shot. He wounded him with a second shot. The vehicle went off the road and crashed into a tree. Murray went to the car and pulled out Sanchez’s body. He saw that he was still breathing and lying in agony. Sanchez was in critical condition. He fired a third time to know for sure that Sanchez was dead. He carried the body into a ditch and tried to hide it. Murray covered the body with leaves and dirt and threw one stick at his body. In general, he hid the body badly. Fellow freshman Murray was walking on the road, stopped the truck driver, and asked him for help. He said his car was stuck in a ditch and asked to pull out his car. Murray asked to be taken to his grandfather’s house. There he called his roommate and asked for help. Freshman drive to the crime scene. He also went to the next house and asked 66-year-old woman a bank of WD-40. With the help of WD-40, he thought to wash away the traces of the murder. Murray was taken to a house near the murder scene. As he approached the car, he heard a man coughing. The sound of that cough was familiar to the truck driver. It was the truck driver who had picked him up earlier. The driver returned to the scene and saw the murdered guy, called for legal protections.

18-year-old shooter immediately changed his plan and walked east towards the US-177 highway. He hoped there was a slight chance to hitchhike to Canada, though there was a considerable cloudiness. About 2:30 AM of the following morning, Sherif of Pottawatomie County Police received a call. He was told that the body of a man with a shot to the head had been found. While he was driving to the crime scene, he saw a lone figure on the empty highway. This was Jarred Murray under a rain shower. Murray saw the car and started to flag Palmer’s car down. He did not see that it was a police car. Sherif arrested him and requested a background check. This background check review period did not last long. Getting into the car Murray said that he was the man law enforcement officers were looking for. Murray confessed to the murder.

The interrogation and Trial

Murray was taken to the detachment, the law enforcement official said. After a few hours, the interrogation of the patron local Sherif and the regional official took place. In the interrogation, Murray gave no reason for the murder. His only motive was just “it popped in my head”. It turned out that he had planned the crime for about two or three weeks ago. Generro Sanchez became a target a few days before. Murray said that Sanchez did not have many friends.The law enforcement official said that Murray explained the official details of a deadliest shootings. Jerrod Murray had no objections to his guilt and he offered the death penalty as his punishment. “An eye for an eye, sir”, he said. Breaking news alerts. He was carefree about the questions asked of him by legal experts at the news conference. Students gave statements on condition of anonymity and legal standards.

Trial had started hearing a high-profile case. On July 17, 2015, Murray was found not guilty of his alleged 1-degree negligence by reason of insanity defense. According to diagnostic criteria Murray wanted to use this insanity defense. Murray was sent to mental hospital Forensic Centre by mental health professionals, a state mental health facility. I In 2017, he applied insanity plea for a less severe regime. Mental health officials tought that definition of insanity needed to change. Mental health experts denied his insanity plea apply. Insanity defense was probably not intended to protect such individuals. Disputes over the protections of insanity between medical professionals at the psychiatric hospital news conference do not subside. This topic psychiatrists discused on annual convention of psychiatric knowledge improvement.

Who is Jerrod Murray?

Jerrod Murray is a murderer who used insanity defense.

Does a psychopath who kills get to use the insanity defense?

Yes, they have a right to it.