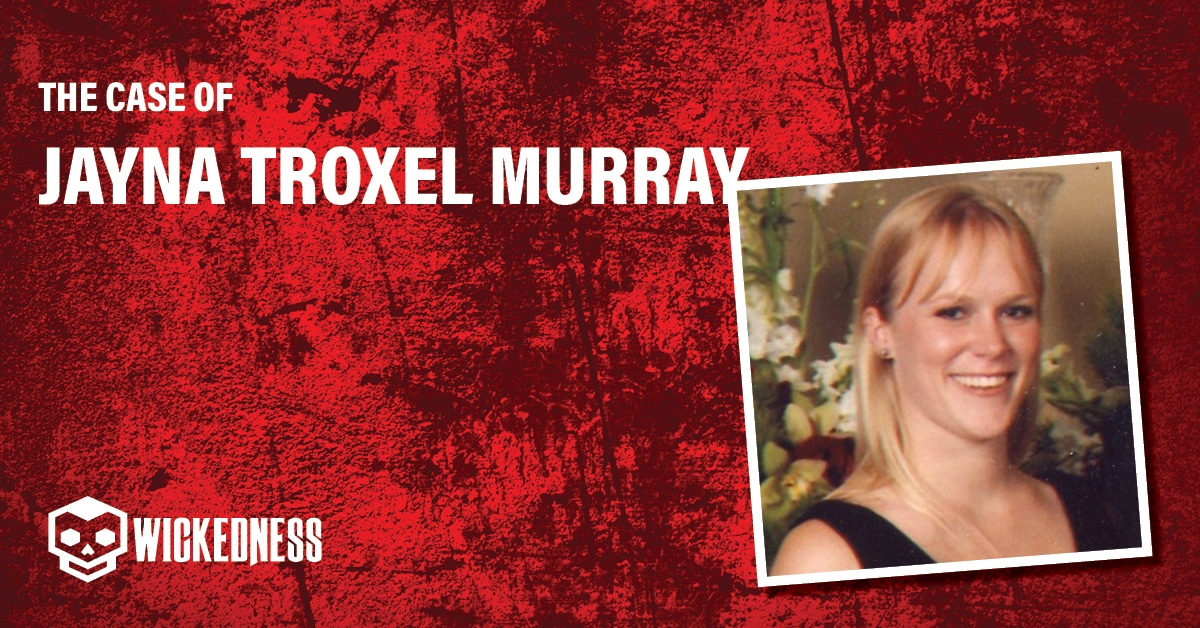 Jayna Troxel Murray, on March 11, 2011, was murdered by Brittany Norwood, a fellow employee at the Lululemon Athletica store in the Washington D.D suburb of Bethesda, Maryland.

Brittany Norwood was born on May 18, 1982, in Washington state. She had 4 brothers and 4 sisters, her mom was a homemaker and adviser and her dad ran an upholstery shop. In high school, Brittany played soccer and was described as a very friendly person who was always smiling. After high school, she was accepted into Stony Brook University in long island new york, where she majored in sociology.

In 2001 during her first year at Stony Brook, she made the soccer team and stared in 18 games in her first season. After college, she wanted to start her own gym.

Jayna Murray was a 30-year-old graduate student at Johns Hopkins University where she was studying for a Master of Business Administration degree. She accepted a job at Lululemon Athletica where she met 29-year-old Brittany Norwood while working in the store. Jayna was writing her thesis on the business model of Lululemon, that’s why she accepted the job there. Fellow employees said there were never any issues between the two women. They bonded over athletics, training, and Seattle.

Jayna and her boyfriend had recently gotten engaged and were discussing moving to Seattle. Jayna also had dreams of working in the Lululemon headquarters.

On March 11, 2011, Britanny Norwood and Janya Murray were both working the closing shift at the Lululemon in the upscale Bethesda Row shopping center. Jayna was the closing manager and was covering for someone who couldn’t work. The store manager Rachel left at 7 pm. Around 8;57 the last customer left and the store closed at 9:00 pm. They spent the next 45 minutes cleaning the store before they left at 9:45 pm. It was in store policy that the women were to check each other’s bags at the end of the night. Jayna Murray found a pair of leggings in Brittany’s belongings.

Six minutes after they left the store, Jayna called a store manager to tell her about the leggings on the way to the car. Soon after, Brittany called Jayna and told her she’d accidentally left her wallet, which had her metro card in it for the bus home in the store, and needed to go back inside and get it. At 10:05 pm, the pair re-entered the store. Moments later, employees at a neighboring Apple store heard a commotion. They didn’t call the police or go over and check because they just assumed it was two girls having an argument. At 10.56 pm the Apple employees left for the evening.

The following day, at 8 am the store manager Rachel Oertli walked into the Lulelemon store and was shocked. The store appeared ransacked, the store was a mess. There was clothing everywhere, receipts all over the floor. She called 911 thinking that her store had been robbed. A man named Ryan who was waiting in the line at the Apple store next door noticed Rachel appeared very worked up and volunteered to go inside and have a look for her. Ryan enters the store, he sees bloodstains. As he goes further back into the store he sees Jayna Murray laying there in a pool of her own blood. He is horrified by the gruesome scene. On his way back to the front of the store he sees legs covered in zip ties and a woman lying unconscious on the floor. She’s lying with her hands over her head with zip ties, her face is bloodied. Her pants and underwear were cut along with Jayna’s. When he exits to store he tells Rachel what he saw. She calls 911 again this time saying that there are two bodies in there, one that appears to be dead and one that is still breathing.

A single female police officer was already on her way to the robbery so she was the first to the scene. The police officer was shocked at the amount of blood. Police discovered Jayna Murray lying face-down in a pool of her own blood and Brittany Norwood bound with zip ties in the store’s bathroom. Jayna was hit a minimum of 331 times with a fatal blow to the back of the head with a merchandise rack peg.
After freeing the seemingly shaken Brittany, investigators listened to her odd tale of what had happened the night before. Jayna’s face was bashed in. She was completely unrecognizable. Brittany was rushed to the hospital where she was to be interviewed by a detective. She spoke to the detective for about 45 minutes.

Brittany told detectives that she and Jayna were working late together that night, and they went back into the store to get Brittany’s wallet that she had left in the store. She said that out of nowhere two guys entered through the front door. The men were dressed in black and wearing ski masks. One of the guys hit Jayna in the face and the other one grabbed Brittany and dragged her by her hair to the back. She said he tied her up and started raping her. She bawled as she told the officer the story. She said she could hear screaming coming from Jayna and that he could hear him hitting her. She kept screaming until suddenly it was silent.

Investigators tried to pull security footage but Luelemon had no video cameras at all. The Apple store did, however, have security cameras outside. In the footage they found two men walking in front of the apple store around the same time. The police questioned the men. The men were dishwashers at a restaurant in the shopping center, they were walking to the bus stop to go home. The two men were ruled out.

Detectives realized there were only two sets of footprints in the store. They were becoming suspicious of Brittany. She had told police she didn’t know where Jayna’s car was and that she had never been in it, but detectives found her blood on the vehicle’s door handle, gear shift, and steering wheel. Each time investigators spoke to Brittany, they noticed inconsistencies in her story.

Brittany Norwood was arrested for the murder of Janya Murray on March 18, 2011. In January 2012, Brittany Norwood was sentenced to life in prison without the possibility of parole for first-degree murder. She is held at the Maryland Correctional Institution for Women.

What happened to Brittany Norwood?

She received life in prison without the possibility of parole for the murder of Jayna Murray.

How did Janya Murray die?

Jayna Murray was severely bruised and covered in cuts. The blow that had ultimately killed her was likely a stab wound to the back of the neck that severed her spinal cord and went all the way through to her brain.

Brittany Norwood: The Woman Behind The Jayna Murray Murder