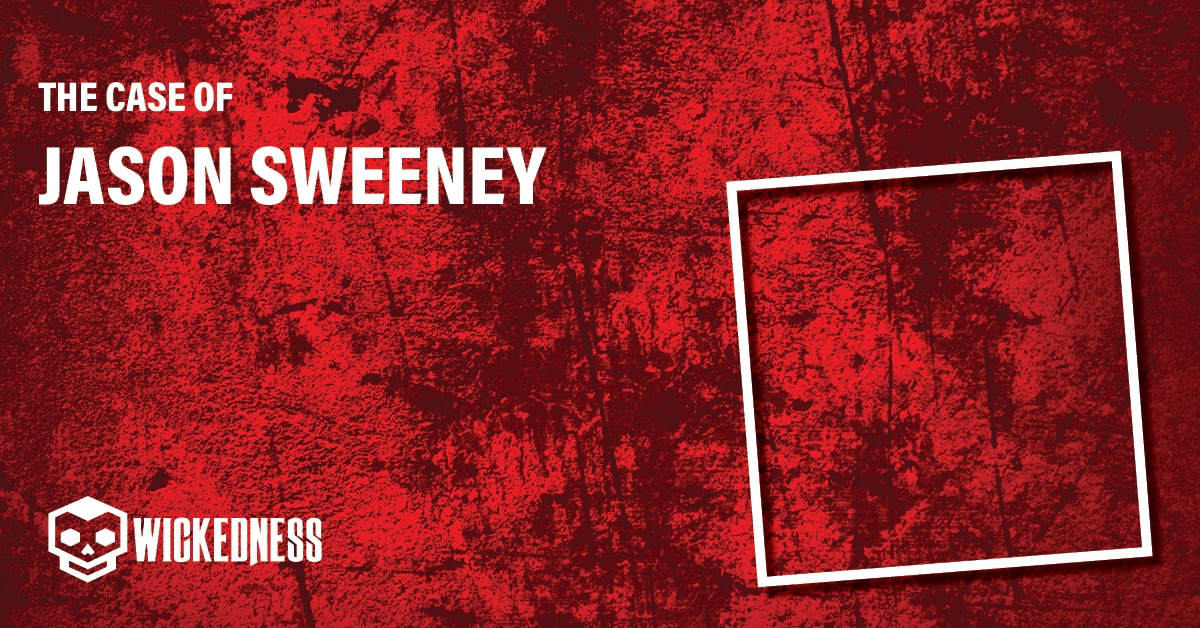 "The Trails," of Fishtown, Philadelphia, Pennsylvania

"The Trails," of Fishtown, Philadelphia, Pennsylvania

Who was Jason Sweeney?

16-year-old Jason Sweeney was born on July 26, 1986, to Paul and Dawn Sweeney. He often worked with his father who was a contractor on his building projects. Jason had just begun dating 15-year-old Justina Morely, who was known for sleeping around and being addicted to hard drugs.

Jason Sweeney was described as hard-working, loyal, and a goofball. He hung out with his best friend, Edward Batzig Jr, and occasionally the Coia brothers.

Lured to The Woods and Bludgeoned to Death

On May 30, 2003, Jason Sweeney had a date with his girlfriend, Justina Morely. She instead lured him out to the woods known as “The Trails,” where his best friend, Edward Batzig, Dominic Coia, and Nicolas Coia were waiting. Jason Sweeney didn’t know that Morely was sleeping with all of the men in exchange for heroin, and dating him was all a part of the group’s plan to kill Sweeney.

When Jasat arrived to The Trails, the three boys hid while Justina told Jason to drop his pants. Justina gave the signal, and Edward Batzig Jr, Jason’s best friend since 4th grade, approached and hit him in the face with a hatchet. Batzig then continued to hit Jason four or five times in the head. He would later tell police that he had wanted to impress Morely by being the first to attack.

Domenic Coia and Nicholas Coia then joined in on the attack, each using a weapon of their choice. Domenic used a hammer, while the Coia’s used rocks to smash the teen’s head.

All of them would later tell police that Jason cried and begged for his life, but they ignored the pleas and beat him until his face was unrecognizable. It’s said that his last words were addressed to Justina Morley, “You set me up.”

The teens finished the job with a large bolder when they used to crush Jason’s head. The only part of his face that wasn’t broken or damaged was his cheekbone.

Afterwards, they shared a group hug next to Jason’s body, split the money and went out to party.

All four killers eventually confessed. All were drug addicts, abused heroin, and were allegedly jealous of Justin’s success in life.

Justina Morley admitted guilt first, though tried to minimize her involvement claimed to be shocked about what happened. Her defense attorneys would claim that she was depressed, addicted to drugs, and suicidal in an attempt to have her tried in Juvenile court, where she would have been free by the time she was 21. However, the Judge decided that due to her deep involvement with the murder, she needed to be tried as an adult.

At that point, Justina Morley agreed to testify against the other defendants in exchange for the lighter conviction of third-degree murder. She would admit to having never liked Jason, and to have lured him to the woods with the promise of sex. In a letter to Domenic, she wrote, “I’m a cold-blooded [expletive] death-worshiping bitch who survives by feeding off the weak and lonely. I lure them, and then I crush them.”

She showed a complete lack of remorse. Of the brutal beating death of her once-boyfriend, she would later write, “I am guilty. But I still don’t feel guilty for anything… I still enjoy my flashbacks. They give me comfort. I love them.” This would later undermine her claims of remorse.

Edward Batzig Jr admitted his guilt quickly as well, and told the police that he struck Jason first. He described the initial wound as 2-3 inches deep, and said that Jason looked at him and said, “Stop, I’m bleeding.” Eward responded by hitting him again. Edward admitted that he just wanted to impress Justina by agreeing to be the first to hit Jason first.

Nicholas Coia also admitted his part in the murder, and described how he used a rock to repeatedly hit Jason in the face. Nicholas would also say that Justina Morley was in on the murder plot, and had in fact been the one to lure Jason out in the first place.

Domenic Coia admitted using the hammer to help kill Sweeney. He asserted that the killing was for money. In part of his confession, which was later read during his trial, he said, “we just kept hitting and hitting him. . . . We took Sweeney’s wallet and split up the money, and we partied beyond redemption.” He added later that they were all “happy [with] what we did.”

The defense teams for the Coia’s and Batzig, being minors and drug addicts, should not be tried for first-degree murder, but instead the lesser crime of third-degree murder. However, their confessions undermined this idea. The were charges as adults for murder, and the prosecution sought life-sentences for Batzig and Nicholas Coia.

For Domenic Coia, however, they decided to pursue the death penalty for his part in the brutal murder. However, during the trial, the U.S. Supreme court ruled that defendants under the age of 18 couldn’t be executed.  Domenic Coia, who was two weeks away from his 18th birthday at the time of the crime, could not receive the death penalty. Therefore, they all faced mandatory life sentences without parole if convicted.

It was revealed that, in preparation for the murder, the teens listened to the Beatles song, “Helter Skelter” over forty times. Joshua Staab, who was a friend of Domenic Coia, later said that the group bragged about their plan to kill Jason Sweeney, and their plan to get his money and use Justina as “bait.” When asked Joshua Staab about the teens’ demeanor after the murder, he said, “They seemed pretty fine. In a way, happy.”

In May, 2005, Batiz and both Coia brothers were found guilty on charges of first-degree murder, conspiracy, robbery and possession of an instrument of crime, and given a life sentence without possibility of parole. Justina Morley was given 17 to 35 years in prison. She was released to the public on December of 2020.

Q: Who is Justina Morley?

A: Justina Morley is one of the four murderers who killed Jason Sweeney, her boyfriend.