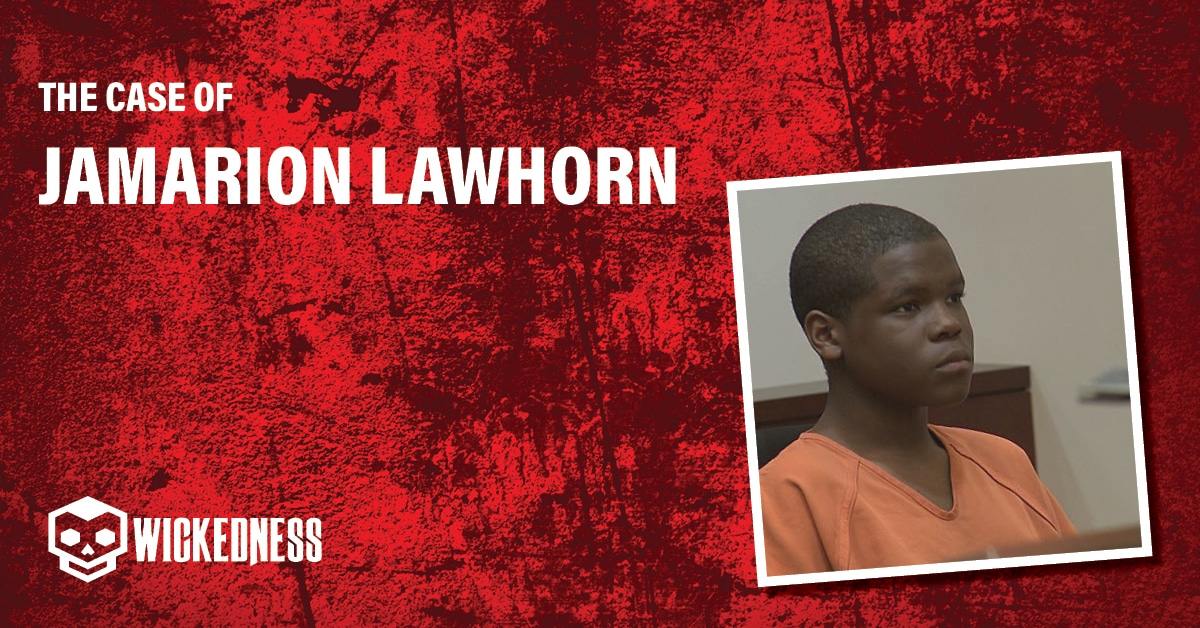 Michael “Connor” Verkerke was born in 2005 in Kentwood, Michigan. His parents and friends describe him as a fun-loving and very happy child.

Connor Verkerke’s mother, Dani Verkerke, told FOX 17 News that her son was a very talented and sweet child; he had a great talent for theater and loved to dress up and put on shows for his siblings at home.

One of his dreams was to be a music teacher and he attended ballet and jazz classes. Connor Verkerke’s mom also stated to the media that he was a gender fluid child and sometimes used to wear girl’s dresses to play. This made his parents very overprotective of him.

On August 4, 2014, 9-Year-Old Michael Connor Verkerke, went to play at Pinebrook Village Mobile Home Park in Kentwood along with his brother. Not knowing it would be the last time they would play together.

After a few minutes of playing in the park and sharing with Jamarion Lawhorn in the park, Lawhorn pulled out a knife and suddenly stabbed Connor Verkerke, who died minutes later.

9-Year-Old Connor Verkerke was an ordinary child, who lived in a very happy and quiet family environment. He was very close to his siblings, with whom he used to play all the time at home.

Up to that point Connor, as his parents Dani and Michael Verkerke called him, the boy had not had any problems at school nor was he aware of any problems with other children.

On August 4, 2014 Michael Verkerke together with his 7-year-old brother Kameron asked their parents for permission to go play in the park, which was very close to their home and it was not the first time they went there to play.

The 9-Year-Old boy played for a few hours with his brother in the park. A short time later they were joined by 12-Year-Old Jamarion Lawhorn, with whom they chatted for a while and also played without any problems.

After a few minutes, while Connor was trying to climb a slide, he slipped and fell. By the time the boy was on the ground, Jamarion approached him from behind and stabbed him in the arm and back several times.

Although his death was not instantaneous, minutes after being stabbed Michael Connor Verkerke died.

On August 4, 2014, Michael Connor Verkerke and his brother Kameron went to Pinebrook Village Mobile Home Park to play as they had done many times before.

The park is very close to the Verkerke’s home so both brothers walked there.  The community is surrounded by mobile homes and they all share a playground.

Connor Verkerke was playing for several minutes with his brother, and suddenly 12-Year Old Jamarion Lawhorn arrived, and very kindly chatted with the children and played with them.

Connor trying to climb up the slide fell, and it was just at that moment that Jamarion pulled out of his pocket a knife and stuck it in Connor’s back and arm several times, and fled the scene.

Connor’s brother, seeing what had happened, grabbed his brother and they ran back to the house while Connor Verkerke was losing a lot of blood due to the stab wounds Jamarion had inflicted on him.

Once they reached the house, Connor collapsed on the front porch, as neighbors heard their mother’s screams upon seeing him in such a state. Connor’s father, Jared, tried to stop the blood by pressing on his son’s wounds as an ambulance was called.

Within seconds of arriving at the hospital, Michael Connor Verkerke, only 9 years old, was pronounced dead.

There is little information online about the life of Jamarion Lawhorn. The information that is known about him is directly related to the crime he committed in 2014 when he stabbed Conno Verkerke.

However, during his trial and subsequent investigations, it was revealed that Jamarion Lawhorn’s mother, Anita Lawhorn, abused him for years in complicity with his stepfather.

It was evidenced that Jamarion was beaten and whipped with a belt on several occasions by his mother and stepfather, causing physical and emotional marks that may have influenced the brutal crime the boy committed.

Jamarion’s history of abuse may have been one of the reasons for his behavior and several of the answers he gave to Kent County police once he was arrested.

At the time of the murder, Jamarion was the youngest killer in Kent County.

After Conner Verkerke’s death was reported, it was immediately linked to a 911 call received from a boy who confessed to stabbing another boy in the park.

According to Kent County Police investigations and Jamarion’s own statements, after killing Connor, he ran to a neighbor’s house near the park and asked to borrow the phone.

This neighbor was Glen Stacy, 34, who lent Jamarion the phone. The boy called 911 and asked to be picked up, that he had just stabbed someone and wanted to die.

While waiting for the police to come to get him, Glen, his neighbor, stated that Jamarion kept repeating to him that he wanted to die. Once the police arrived, Jamarion ran up to them indicating where he was, ready to be taken away.

Once Jamarion was arrested, the police interviewed him and on several occasions, he was asked why he had done it, and the young man only answered “because I want to go to jail”.

Jamarion was subjected to several interrogations in which he stated that he did not remember how many times he stabbed him and that he knew absolutely nothing about Connor. According to his words, he did not know him and had never seen him until that day in the park.

During investigations, and interviews with Jamarion and his parents, it was discovered that Lawhorn had hidden a knife in his pocket and had taken some prescription pills before leaving his home on the day of the murder.

Jamarion Lawhorn appeared before the Kent County Circuit Court where he entered a plea of not guilty. The defense side announced that he could receive a potential adult sentence.

His attorney, Charles Boekeloo, asked the court for a mental evaluation to see if Jamarion was fit to stand trial.

During the trial, the defense attorney stated that Jamarion had been physically abused by his mother, Anita Lawhorn, and his stepfather.

Jamarion’s mother was sentenced to 1 year in jail in November 2015, plus 5 years probation. She was convicted of third-degree child abuse.

In May 2014, the court determined that Jamarion was fit to stand trial on the first-degree murder charge and she remained in the juvenile detention center.

Jamarion’s trial began on September 1, 2014, the prosecution side argued that 12-Year Old Jamarion Lawhorn planned to stab someone for a year, while defense attorneys argued his history of child abuse.

Jamarion Lawhorn was charged with first-degree murder as an adult and convicted. On the day of his sentencing, Lawhorn was given the opportunity to speak and expressed his remorse to the family of Michael Connor Verkerke.

After being tried and convicted, he was committed to the Evart Juvenile Center where he would spend his entire adolescence. The judge ordered him to remain there until he reached the age of 21.

After being tried and convicted as an adult for the murder of Connor Verkerke in a Kentwood playground, he was to spend the rest of his adolescence at the Evart Youth Center.

Lawhorn was released on March 1, 2021, two years ahead of schedule just days shy of his 19th birthday.

What happened to Connor Verkerke?

Connor Verkerke was stabbed to death by Jamarion Lawhorn in 2014.

Who is Jamarion Lawhorn?

Jamarion Lawhorn is known for murdering Connor Verkerke in 2014. He is Kent County’s youngest killer.

Where is Jamarion Lawhorn now?

Jamarion Lawhorn was released in 2021, two years before completing his sentence. He now devotes himself to giving motivational talks to juvenile offenders.