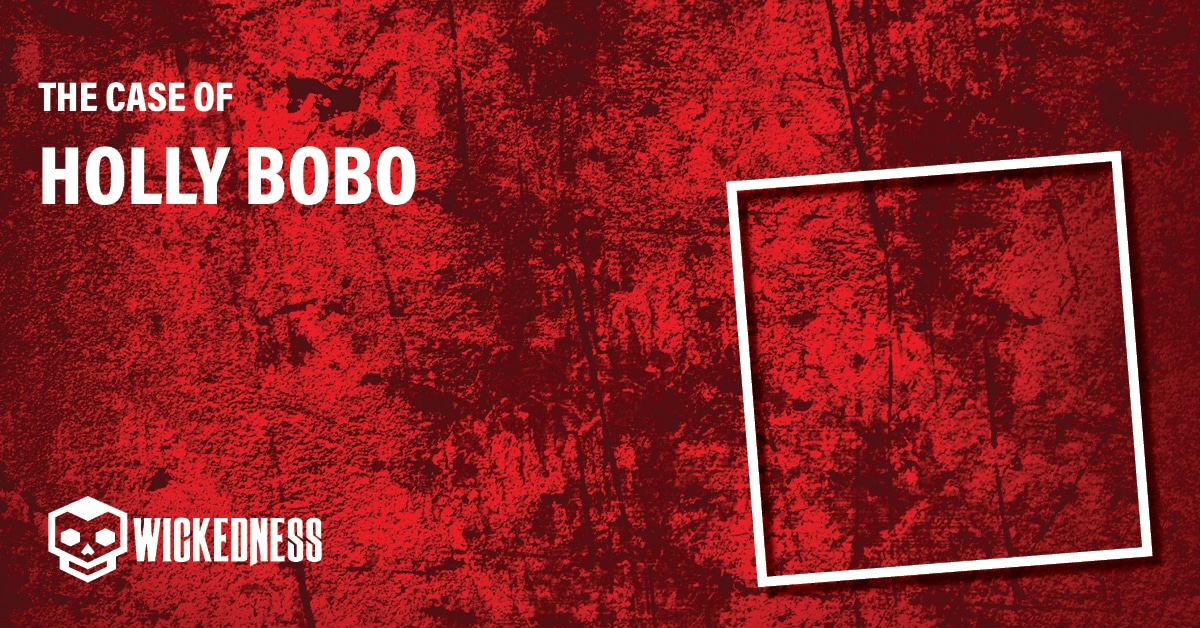 Who was Holly Bobo?

Holly Lynn Bobo was a 20-year-old nursing student studying at the University of Tennessee. She lived in Darden, Tennessee, with her parents and her brother, Clint. On the day of her disappearance, she got up at 4:30 in the morning to study for a school exam. Her parents are Dana  Bobo and Karen Bobo.

Holly Bobo’s brother, Clint Bobo, saw her talking to a man wearing camouflage clothing a little after 7:30 a.m. on April 13, 2011. After getting up early to study for her exam, she answered a phone call from her boyfriend, Drew Scott, at 7:30 a.m. Shortly after this call, she also made an outgoing call and then stopped answering calls and texts. Several people were involved in getting help from the police. Some confusion over the location delayed the emergency response.

A child of a neighbor called his mother after hearing a scream from the home of Holly Bobo. The mother called Karen Bobo, Holly’s mother. Karen immediately called 911 and then called her son, Clint, telling him to shoot the man with Holly. Clint thought the man outside was Drew Scott, so he was reluctant to act violently. Karen was at work,  so the 911call was made from a different county, causing problems with getting help right away. The wrong county answered the phone since Karen Bobo did not work in the same county she lived in.

Clint realized the man in camouflage was not his sister’s boyfriend when he stood up and began walking into the nearby woods with Holly. He was much taller than Drew. After attempting to call Drew and Holly with no response, Clint received another call from his mother, instructing him to call 911. Clint quickly went outside with a loaded gun and found blood in his garage. Clint then called 911 and the police arrived soon after. The mysterious man in camouflage used this small amount of time to escape with Holly Bobo. While investigators instigated a massive search of woods in west Tennessee, the body remained hidden for three years.

Confusion continued as detectives began to look for suspects. Since the body was not discovered until three years later, significant evidence was lost. Details of the abduction, rape, and murder came out as authorities interviewed these suspects. Holly Bobo suffered a gunshot to the back of the head after being taken to the Tennessee River. Zach Adams planned to gut her body and dump it in the river under Interstate 40, but then realized she was not dead, so he shot her. Autry and Austin were also at the scene helping Zach Adams dispose of the body.

With different versions of the events, it is hard to know the truth about the crime. Evidence was found near Austin’s home, linking him to Holly Bobo. One version states that Zach and Dylan went to the Bobo residence to help Clint make meth, and Holly got in the way. Austin was the only man close to the witness description given by Clint Bobo, other than Terry Britt. The version adhered to during the trial of Zach Adams involves Shayne Austin taking Holly Bobo into the woods and proceeding to rape her, along with Zach Adams and Jason Autry. The rape possibly occurred in a barn that Austin and Autry’s grandmother owned.

A Complicated Set of Suspects

Six men eventually became suspects for various forms of involvement in the Holly Bobo case. The initial suspect, however, was Terry Britt, a local sex offender. Zach Adams and his brother John Dylan Adams were both convicted. Jason Autry was also charged, yet agreed to testify in exchange for a shorter sentence. Autry was not new to crime, having prior theft and drug convictions. Shayne Kyle Austin spoke with Zach Adams more than once on the same day Holly Bobo disappeared. He had the option of an immunity deal if he helped detectives find Bobo’s body. Austin did not follow through with this request and later committed suicide in a hotel room located in Bartow, Florida. His attorney maintains his innocence in the case. A woman named Sandra King of Henderson County approached authorities after her roommate, Jeffrey Pearcy showed her a portion of a video with Zach Adams and Holly Bobo. She did not watch the entire video, however, she saw Bobo tearful and tied up being assaulted by Adams. Mark Pearcy, Jeff Pearcy’s brother, is said to have taken the video.

The Tennessee Bureau stated that the high-profile case of Holly Bobo was the most expensive investigation in their history. Various items belonging to Holly Bobo were found, including her cell phone and sim card. Other items included a lunchbox, receipt, and school ID. Two pieces of paper belonging to Holly Bobo were also found near the home of Shayne Austin. The first suspect was Terry Britt, a sex offender living in the area,  known for raping women. He also had a preference for blonde women. The Tennessee Bureau of Investigation (TBI) wire-tapped his house to gather information. He was acquitted, even though he is the only suspect that matched the description given by Clint Bobo. Clint Bobo also listened to a voice sample by Terry Britt and said it sounded similar to the voice he heard talking to his sister in the garage. Witnesses also saw a white pickup truck near the Bobo residence on the day of the kidnapping. Zach Adams owned a white truck.

The investigation remained stagnant until the arrest of Dylan Adams on firearms charges. He told authorities he saw 20-year-old Bobo alive at Zach Adams’ home the day of her disappearance. He also mentioned seeing Jason Autry in the room with her. With minimal physical evidence, prosecutors relied on witnesses to share the details of the abduction and murder. Controversy remains about tactics used to gain confessions. All suspects in the case claimed innocence at specific times during the investigation. Autry ended up sharing detailed information about the murder during the trial in exchange for leniency. The district attorney removed himself from the Bobo murder case, choosing a special prosecutor to care for the case going forward. He felt the Tennessee Bureau of Investigation and other agencies showed ill conduct towards the case.

Once the murder suspects started talking, they all had different versions of the events of April 13, 2011. Dylan Adams and Rebecca Earp, Zach’s girlfriend, testified against Zach Adams. Both stated that Zach threatened them with harm if they told authorities about the crime. Dylan Adams chose an Alford Plea, which maintains innocence, yet allows for a guilty verdict with enough evidence. Austin committed suicide before he could testify. Autry spoke clearly about the murder and disposal of the body in exchange for a plea bargain. He stated he went to Zach’s residence to buy drugs and Zach asked him to help dispose of a body. Autry’s hours-long testimony included details about plans to dump the body and the gunshot to the head. Zach Adam’s defense team attempted to get a new trial for him and met with denial.

While Terry Britt was never grouped with the final six suspects for the Holly Bobo case, or taken to trial, a senior inspector got some interesting information from him. He said “Sounds like you have it all figured out”, and agreed to “plead to it”. The investigation, however, never went far enough with evidence of Britt. The entire situation continued with chaos, including disagreements within the Tennessee Bureau of Investigation and several disruptions of the prosecutorial team.

During the high-profile Holly Bobo murder case, Zach Adams was given life in prison without parole for first-degree murder. He also received two consecutive terms of 25 years each for the kidnapping and rape of 20-year-old Holly Bobo. It was 6 years after the murder before sentences were assigned to suspects. John Dylan Adams received 15 years for facilitation of first-degree murder. He was also given a 35-year sentence for aggravated kidnapping. Dylan’s sentence took place in 2018. Jason Autry’s sentence only consisted of eight years due to a plea deal. Autry was set free after completing the reduced sentence. The charges against Jeff and Mark Pearcy were eventually dropped, and Shayne Austin committed suicide, so only three of the six men were prosecuted.

Why did it take so long for the Holly Bobo murder case to go to trial?

Authorities had minimal evidence and did not have the body of Holly Bobo to examine. Dylan Adams was eventually arrested on unrelated weapons charges in 2014 and admitted to seeing Holly Bobo at Zachary Adams’ house sitting in a green chair on April 13, 2011. He confessed that he saw Jason Wayne Autry standing near her and she was wearing a pink T-shirt. Without DNA evidence, investigators had a difficult time resolving the case.

Who was the man outside with Holly Bobo on the morning of her disappearance?

How did authorities find the remains of Holly Bobo?

Ginseng hunters in woods found the remains of Holly Bobo while out in the northern Decatur County woods. Skeletal remains were limited with investigators finding only her skull, teeth, shoulder blade, and a few ribs. The skull clearly had a gunshot wound indicating a shot to the back of the head. It also shattered her cheek. This gunshot wound has been declared the cause of death.

Why was Jason Autry released from prison?

Jason Autry entered into a plea agreement with prosecutors prior to the trial of Zach Adams. He testified in court with details about the disposal plans for Holly Bobo’s body, and her murder.