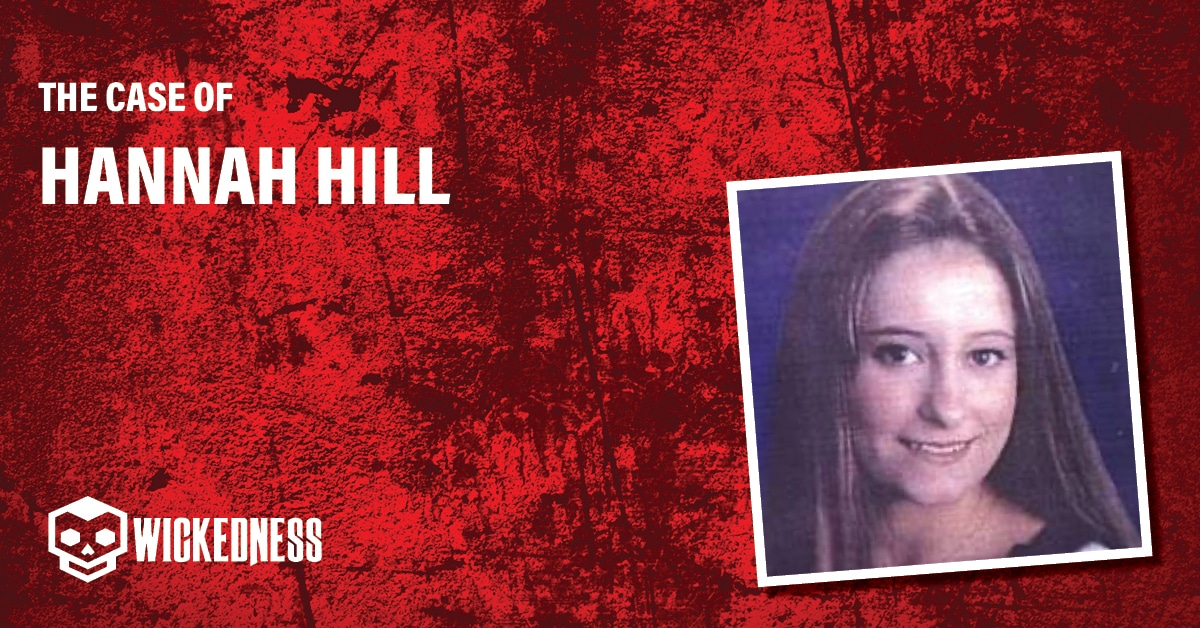 Hannah Hill was brutally beaten, raped, and strangled by Denny Ross in 1991. Due to a mistrial, it would be thirteen years before her family sees justice done.

Hannah Hill was born in Akron, Ohio. She was a popular girl with many friends and had just graduated from high school. During the summer, she worked as a secretary. She saved up and bought her first car, and she planned to go to college in the fall.

On Wednesday, May 19, 1999, Eighteen-year-old Hannah got home from work and had planned to stay in for the night. She later received a phone call, and at 10:30 pm, she left her parent’s home, telling her mother, Kimberly, that she would be back later. Kimberly thought that Hannah seemed upset when she left.

Hannah didn’t come home that night, but her family wasn’t worried. They assumed she had stayed at a friend’s house. That is until her boss called the next day looking for her. Hannah’s friend, Jennifer, called other mutual friends to see if anyone had seen her. No one had. Her family filed a missed person’s report, including the description of her car. The police took no immediate action. They believed that all kids Hannah’s age tend to take off with their friends for a day or two without notifying anyone.

Since the police hadn’t filed the missing person’s report yet, they weren’t concerned when they received a call about an abandoned vehicle. Instead, they sent a traffic officer to issue a parking ticket. They had no idea the car was Hannah’s.

One week after she went missing, the police investigated the abandoned car and found Hannah Hill’s body in the trunk. She was naked from the waist down, and her legs had been spread open to expose her. They found her keys and pager inside the car.

The police decided to try to retrace Hannah’s footsteps the night she disappeared. They spoke to her boyfriend, Brad O’Born, who initially urged the police to search for Hannah. Officers noticed scratches on Brad’s arms and asked about them. He confirmed that they argued before her disappearance. Brad and Hannah’s relationship was violent at times. They lived together for a while, but due to the nature of their relationship, she moved back with her parents. Brad had been known to be mentally and physically abusive to Hannah. Despite this information, there was no indication that he was involved.

Hannah had been beaten, and the cause of death was asphyxiation by manual compression of the neck. There were bruises and cuts on her face and a bite mark on her arm. There was evidence she had sex before she died, but there was no way to determine whether it was consensual. However, the police believed that Hannah was raped based on the degrading way her body was posed. They also found white powder on her lips.

After going through her phone records, the police found a suspect – Denny Ross. He and Hannah were acquaintances, she had attended a few of his house parties, and her boyfriend, Brad O’Born, had lived with him for a few months. The police knew Ross, who had been caught selling drugs to undercover officers and pled guilty to dealing cocaine. He was put on probation rather than serving time in prison.

The investigation points to Denny Ross

When police went to Ross’ apartment to question him, his arm was in a cast. He claimed to have broken it during a fight. Hannah’s friend, Jennifer, called him the day she went missing and asked if he had seen her. He told her no. When police questioned him, he admitted that Hannah had come to his place the night she went missing. He also told the police she was upset about Brad and that they had kissed and done other things together. Ross said Hannah left his apartment around 1:30 in the morning and that she was sober. Her autopsy revealed that she was intoxicated at the time of her death. Police later returned with a warrant. When they searched his home, they found a garbage bag with Hannah’s underwear, pants, socks, shoes, and purse.

In June 1999, Denny Ross was found guilty of beating, raping, and strangling Hannah Hill. During the trial, the Prosecution presented evidence to the Jury that traces of sulfur and carbon were discovered in the wounds on Hannah’s face, the same materials found in Ross’ cast. The Defense argued that the garbage bag had been planted and that Ross had no motive to kill Hannah. They mentioned her abusive relationship with Brad and the scratches found on his arm in their case. The Jury heard from multiple witnesses who had seen him drag Hannah by the hair and hit her before. However, the judge declared a mistrial due to juror misconduct, and in 2002 the Court denied the request for a retrial because the original jury reached a not guilty verdict. The 2000 mistrial ruling, over alleged misconduct by one juror, sent the Hill case into years of state and federal appeals, primarily over the issue of double jeopardy.

A second trial for Denny Ross and another attempted murder

Several appeals followed, and in 2008 the decision was reversed. The Supreme Court allowed the State to retry Ross, and in 2012 Ross went back to Court to face the murder charges.

The Prosecution had a much stronger case this time, including Jennifer Tittle’s testimony, another of Ross’ victims, and DNA evidence. Ross’ blood and semen were found on Hannah’s pants and underwear. His DNA was also found on her shirt and under her fingernails.

During the retrial, the Jury wasn’t told that, in 2004, Denny Ross was sentenced to 25 years in prison for the assault, rape, and attempted murder of Jennifer Tittle, who he attacked and raped at knifepoint. Tittle testified and told the Court that Ross punched her hard enough to break her jaw and collar bone when he attacked her. When Ross attempted to strangle her, she pretended to be dead. He believed he had killed her, and she heard him say, “Oh, f***, she’s dead. Not again.” Jennifer was beaten, strangled, and raped, similar to Hannah.

Thirteen years after Hannah Hill’s murder, Ross was found guilty. He was sentenced to life in prison to serve a minimum of 19 years.

What happened to Hannah Hill?
Hannah Hill was beaten, strangled, and raped by Denny Ross in 1991.

How did Denny Ross know Hannah Hill?
Hannah Hill and Denny Ross were acquaintances. Her boyfriend, Brad O’Born, lived with him for a few months. She also had attended some parties at his house.