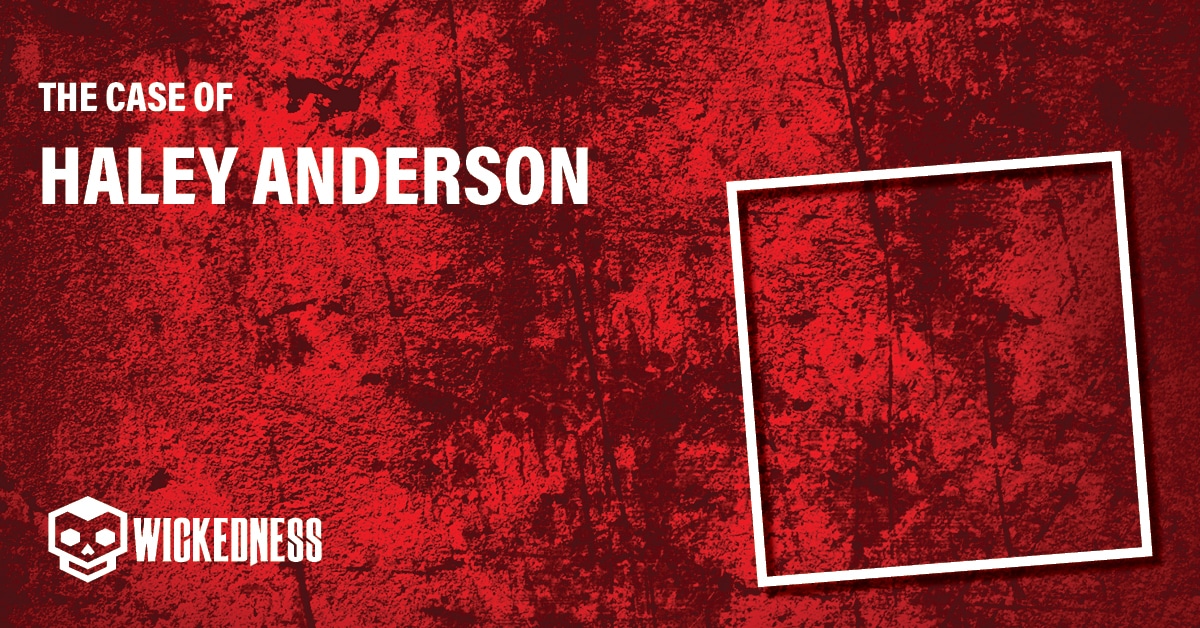 Who Was Haley Anderson?

Haley Elizabeth Anderson was a 22-year-old senior nursing student from New York. She was attending Binghamton University while working at the on-campus coffee shop, Jazzman’s. Haley’s parents, Karen and Gordon Anderson, and her older sister, Madeline Anderson, described her as hard-working, a caring person, and a compassionate person. Her mother described her as a “millennial hippie.”

Haley Anderson was only a few short months away from graduating and had a job lined up in Westbury, New York, where she would be back with her family.

Orlando Tercero also attended Binghamton University’s nursing program, where he was said to be an excellent student. He held dual American citizenship and Nicaragua citzenship.

It was said that Haley Anderson made it clear from the beginning that she did not want a relationship with Tercero, but enjoyed casually hanging out with him. She was frequently on-again-off-again with her boyfriend, Kevin, and this infuriated Tercero.

According to Haley Anderson’s roommate and friend, Josie, Orlando was obsessed would her. They would frequently see him drive by the apartment or would return home to find him sitting on the front porch. This made Haley Anderson uncomfortable and she tried to distance herself.

There was one incident on September 15, 2017, when Haley was at one of Tercero’s parties. He reportedly shouted at her over a new relationship with one of their mutual friends.

The following day, on September 16, 2017, Haley’s tires were slashed. She had spent the night with Kevin the night before, so they both assumed that it had been Tercero. Haley Anderson’s mother, Karen Anderson, advised her to file a police report against him. However, when she found out that this would be a felony charge, she decided not to press charges for fear of getting him kicked out of the medical program.

Group Tracks Down Body of their Missing Friend

On March 8, 2018, after a night of partying with her friends, Haley Anderson and Tercero went back to his apartment. CCTV footage would catch them walking in together at around 4 am, and Tercero would later leave alone.

Later that day, Josie and other of Haley Anderson’s friends couldn’t get a hold of her. It was very strange for Haley not to answer any calls or texts, and they waited anxiously to hear from her.

In the early morning of March 9th, Tercero’s sister received an odd and concerning text from him which prompted her to call the police. The text said that he was “sorry for everything” and she was concerned that he would try and hurt himself.

When police arrived, they were unable to get in contact with Tercero and left.

Meanwhile, Haley’s closest friends were growing more anxious at her continued lack of communication. When they had still not heard from her later the next day, March 9th, her friends decided to take things into their own hands. Using the ‘Find My iPhone’ app, they traced Haley Anderson’s phone to Orlando Tercero’s campus apartment in search of their friend. They knocked on the doors and windows but received no response. They broke through a window and entered the apartment. Upon entering the master bedroom, they found Haley in Tercero’s bed, partially hidden by a blanket. She was dead, with bruises on her arms and neck. They called the police, who returned for the second time, and entered the residence.

Haley Anderson had been dead since the early morning hours of March 9th, and it appeared to police that she had been attacked in her sleep. Orlando Tercero wasn’t there, though police did find a bloodied blanket on the floor between the kitchen and dining room. There was also a note to his mother, a part of which read:

“Mommy taught me life is a momentary thing. Nothing is ours. Mommy, I’m sorry, I don’t have any words,” and “I’m so sorry for this, Father, I will see you soon.”

Binghamton police Investigator Carl Peters would later testify in court about the scene.

“I think Orlando Tercero injured himself attempting to hang himself in the doorway between the kitchen and dining area,” Peters testified, and also added that police believe sleeping medications were also used in the suicide attempt.

22-year-old Anderson’s official cause of death was, “asphyxiation by neck compression.”

After failing to kill himself, Tercero had driven to the JFK Airport and flown home to Nicaragua. He arrived about 4 pm, and his mom picked him up from the airport and drove back home.

On March 13th, his mother took him to the hospital to treat the wounds he had apparently sustained in his attempt at suicide. It was there that he was apprehended by Nicaraguan authorities. Four days later, on March 17th, he was officially charged with second-degree murder by the U.S., who tried to have him extradited back to New York. However, the request was denied, and he was to stand trial for his crime in Nicaragua.

Orlando’ Tercero’s murder trial finally began on September 1, 2019, and it was revealed that Tercero was now facing a femicide charge.

The femicide charge does not exist within the United States. Femicide is a form of murder where the victim is a woman who is in a relationship with the male defendant, and carries its own sentence of 25-30 years in prison. In contrast, the second-degree murder charge in the United States would have carried a sentence of 25 years to life in prison.

The prosecution stated that they believed Tercero had killed Haley Anderson in a blind, jealous rage.

The defense argued that Orlando had been temporarily insane at the time, and had been heavily drinking and so had no memory of the incident.

It took the judge 90 minutes to reach her verdict.

Tercero was convicted of femicide and received a maximum sentence of 30 years in a Nicaraguan prison for the murder of Haley Anderson.