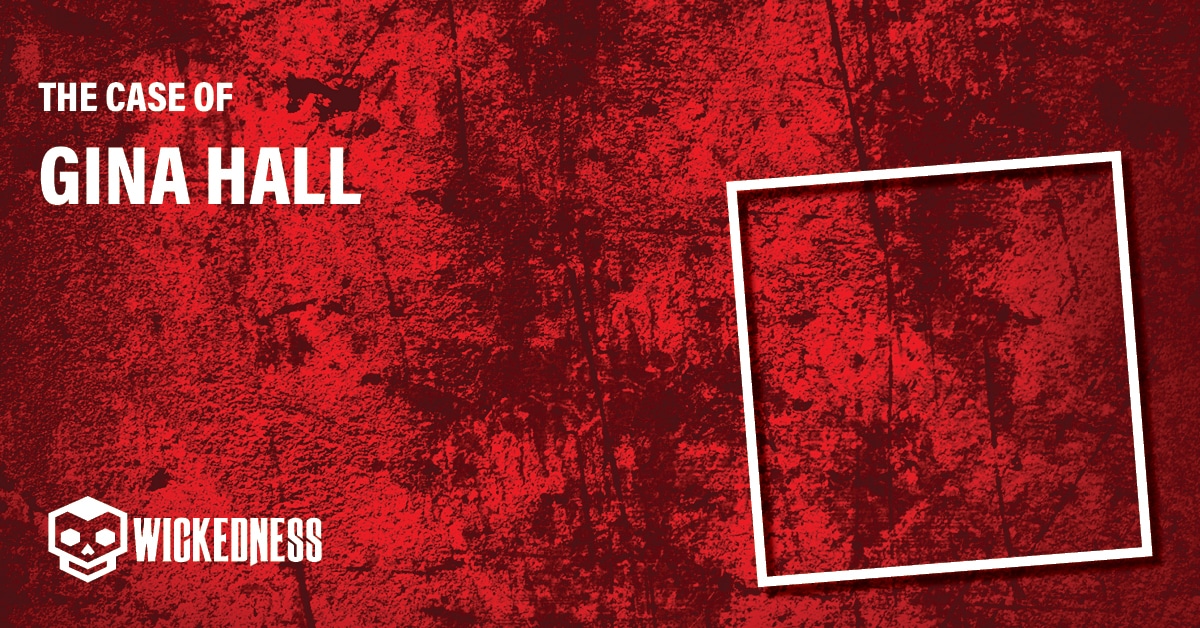 Who Is Gina Renee Hall?

18-year-old Gina Renee Hall was a young American woman studying at Radford University, Virginia. She was always described as a well-dressed, beautiful, soft-spoken, and modest woman, who loved to dance and was popular amongst her peers. She was said to be in the good company of her family and friends and was a key part of her community.

When she was just two years old, Gina Hall had an accident. Her dress caught on fire, leaving her with severe burns that would later develop into scars. Gina Hall’s scars always made her feel insecure about her body, for example when she would go surfing, she would take her shirt off only when she had to enter the water. Those insecurities also affected the way she dressed, and her habits of refraining from physical experiences with men.

The night of June 28 was no different, Gina was never going to have sex with Steve, but sadly, he could not accept it.

That Night Was Supposed To Be A Celebration…

Gina Hall and her sister Dlana Hall Bodmer were both taking summer courses. When the exams have ended, Gina wanted to go dancing, but her sister preferred to stay home. It was the first time Gina had gone to a social event alone, as her sister Dlana recalls.

Gina took her sister’s brown Chevrolet and drove to the Marriott Hotel in Blacksburg. Inside the hotel, she entered the nightclub and began celebrating the end of her exams. During the dancing, a man by the name of Stephen Epperly approached her.

After dancing with each other a few times throughout the party, Steve offered Gina to come with him to a friend’s lake house on Claytor Lake. What he “forgot” to mention is that they would go there alone. Unsuspecting Gina agreed. They took her car and headed towards the lakehouse. When they arrived at the lakehouse, at around 1:00 am, Gina called her sister. Dlana recalls Gina’s voice as sounding concerned or uneasy.

Steve offered they go swimming in the lake, but Gina refused. They went to a room inside the house where Stephen asked Gina to have sex with him. Gina, who, as you already know, wasn’t quite thrilled with sexual encounters, refused.

He would never admit it, But her refusal was too much for him.

Gina Hall Was Murdered – No One Knows How, But Everyone Knows Who

Gina Hall and Stephen arrive at the lakehouse, and things begin to heat up as Stephen asks Gina to have sex with him. If you believe Stephen, he was disappointed by her reaction but was driven home by Gina and said goodbye, never to see her again.

But if you believe the evidence, a whole different story is revealed.

After her refusal, Stephen tried to take Gina by force, seeing as she resisted, he understood she might file a claim against him for sexual harassment. He felt like he had to do something. So he murdered her. It is unclear exactly how he killed her but Gina’s blood was all over the lakehouse, and even inside the car that was later found.

After the murder, Stephen Epperly took every measure he could to try and hide his horrible actions. He hid the body in several places and proceeded to wipe down every drop of blood with bleach and other cleaning supplies. He hid her so well that some of her remains would only be identified 40 years later with the help of a forensic scientist.

“He is exactly where he needs to be and he needs to remain there for the rest of his natural life,” – Justin Griffith, commonwealth attorney for Pulaski County.

Stephen Matteson Epperly was teaching at Radford University. He was seemingly a normal guy and had good friends around him. But something darker was hidden beneath the surface. Steve was bad company.

The first evidence of the other side of Stephen’s personality is the reason for his abstinence from alcohol. Stephen had not been drinking for four years at the time, because most of the time, he would get violent and was involved in several fights after drinking.

Besides the violent murder that took the life of Gina, and changed the lives of everyone who knew her, Stephen Epperly continues, at every chance he has, to show his inhumane personality. He still claims he is innocent although all the evidence shows otherwise. He continues to file for parole. He is still believed by many to be dangerous. And worst of all; he never told anyone where he hid the body of Gina Hall, which prevented her family from bringing her home.

“That’s When The Truth Came Unveiled”

On Sunday, 29 June 1980, Gina Hall’s sister Diana was getting worried as her sister did not return home from her night out. She called some of her friends to help her look for her sister.

When her friends found the car, next to a railroad close to New River, Radford, they immediately called the police. The investigation was on. Even with a quick look in the car police knew something was wrong. The trunk was open and the driver seat was taken back, which considering Gina’s height, was a very strange finding.

A closer examination of the car and the house revealed something terrible; human blood and a woman’s hairs in multiple places, all over the lakehouse (on the living room carpet, splattered on the walls, etc) and inside the car. The blood found was type O – matching Gina’s blood type and there were carpet fibers matching those of the lakehouse’s living room carpet. Two weeks later, the search parties had come across bloodstained clothes and a blue towel, not far from where the car was parked.

When the blood was found at the lakehouse, there was evidence of thorough cleaning, but no cleaning supplies were found.

All of these pieces of evidence were used to support the assumption that Gina was not just missing; she was killed. And it was clear who did it.

As mentioned, Stephen Epperly was trialed for his involvement in Gina’s death, but it was not easy to convict him without finding a body and without an eyewitness. There was only circumstantial evidence. And to make things even more difficult, Steve had consistently denied hurting Gina.

However, the abundant evidence was so strong and the jury believed that it was indeed Stephen Epperly who killed Gina Hall. Besides killing Gina, the jury also had to determine the intentions of the murderer – a murder that was planned out and carried out deliberately carries a different punishment than a murder emerging from a moment’s spur of uncontrolled emotions.

Stephen’s efforts to hide the body and conceal his crimes were additional evidence that led to the jury’s decision that he did in fact plan to kill Gina, and had done so with clear intent.

In December 1980, Stephen Epperly was convicted of first-degree murder and was given a sentence of life in prison.

This was the first case in the state of Virginia in which a murderer was convicted without the victim’s body as evidence.

How Did Gina Hall Die?

When was Stephen Epperly convicted

Stephen Epperly was convicted of first-degree murder in December 1980

Did they find Gina’s body