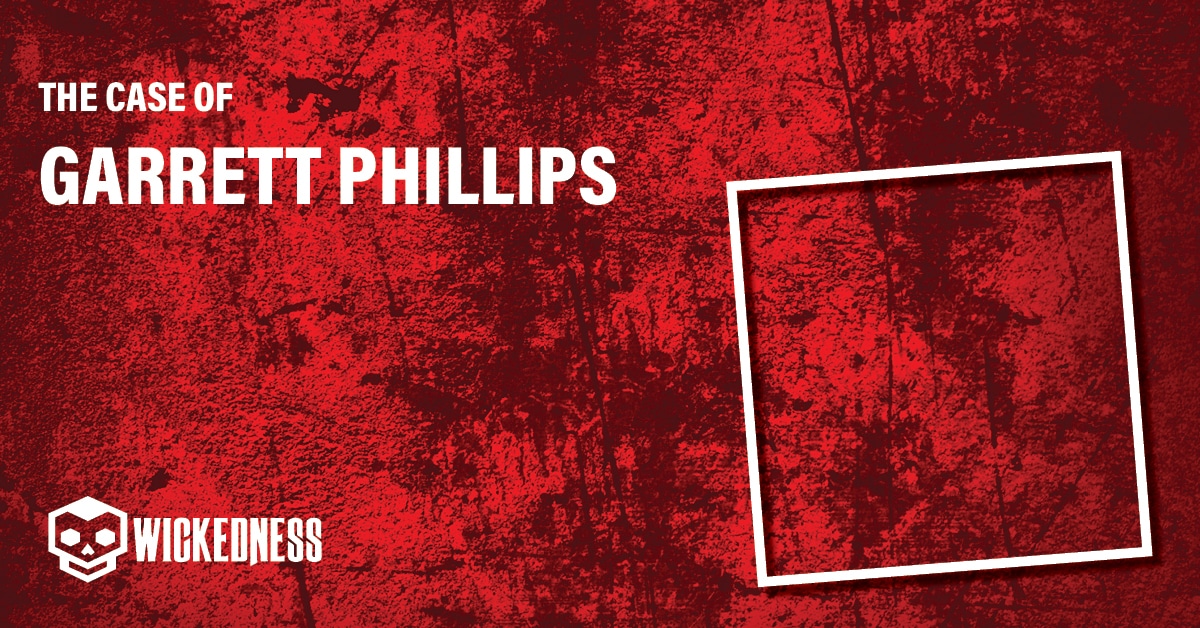 12-year-old Garrett Phillips lived with his mother and brother in Potsdam, New York. He was an A.A. Kingston Middle School sixth-grader and described there as a class clown who enjoyed making people laugh. Garrett was described as being a very happy kid who loved sports and particularly ripsticking, which is very similar to skateboarding. He enjoyed hanging out with friends and was said to always have a smile on his face.

On October 24, 2011, Garrett had a typical day at school and then returned home alone to the family’s second-floor apartment. Tandy Cyrus was at her other son’s basketball practice.

Sometime in the evening, Shannon Harris, a neighbor, heard loud noises and shouting coming from the apartment. She knew that two boys lived there and they were, on occasion, rowdy. However, this time they described the noises as being particularly loud. She said she heard what sounded to be a screen ripping, and then heard someone shouting, “no” as they cried out for help. After knocking on the door and not getting an answer, the Neighbors called the police at 5:08 p.m.

When police arrived at about 5:15, they knock and hear footsteps inside, but no one opens the door. So the police get a manager to open the door to the apartment.

When police officers arrive at the crime scene, they found Garrett Phillips laying motionless on the floor. Despite their efforts, Garrett was pronounced dead at the Canton-Potsdam Hospital at 7 p.m.

Garrett’s autopsy would show signs of a struggle leading up to his murder. He had deep rug burns on his legs, bruises, and abrasions. He had died by strangulation.

DNA samples were collected from beneath Garrett’s fingernails.

The Window Screen was Cut

There were no signs of forced entry at the front door. However, the second-floor window was open and the screen was cut out of it. There was no one else in the apartment, which lead police to believe that the murderer must have jumped out of the window and possibly had an injury due to the height of the fall. The police took photos of the windows and checked for fingerprints.

Garrett Phillip’s case only ever had one prime suspect.

Tandy Cyrus had dated a man named Nicholas “Nick” Hillary. Nick was the head soccer coach at Clarkston University, and had met Tandy while she briefly worked as a bartender. Nick briefly moved in with Tandy, but it was reported that Nick and Garrett didn’t get along. Though Nick insisted nothing had ever happened between the two, Garrett didn’t want to be in the same room alone with the older man. Due to Nick and Garrett’s negative relationship, Tandy broke things off with Nick Hillary.

Tandy would tell police that Nick had a key to the apartment and had broken in one night. Nick Hillary denied this ever occurred.

The day after the murder, the police went to Nick Hillary’s soccer practice and recorded him on the soccer fields from the sidelines. In these, Police Lieutenant Mark Murray claimed that Nick had a limp in his right leg, though many people who have watched the tape agree that it was too blurry and grainy to get any such detail.

The following day, on October 26th, Nick was brought to the police station and was read his rights. Though not officially charged, police refused to allow Nick to leave. Police took Nick’s car and cell phone despite not having a warrant to do so. Nick Hillary was interviewed by Potsdam police chief, Lieutenant Murray, for 9 hours. Surrounded by four officers, Nick was made to strip naked while photographs were taken of him.

When Lieutenant Murray asks for an alibi, Nick tells the police that he had been with his assistant coach, Ian, at the time of the murder.

On surveillance footage, Garrett is seen ripsticking on his way home. When he enters the high school parking lot, police see a blue car towards the back of the parking lot. When Garrett heads home, the car seems to follow him.

Nick did drive a blue car; unfortunately, the footage is too blurry to make out the license plate or anything about the person driving. Nick said he was at the high school that day to watch a soccer game, and claimed to have gone home after that.

Lieutenant Murray claimed that Nick’s ankle was swollen and had an abrasion. Nick claimed that his ankle had been injured a week prior in a moving accident. Having taken his clothes, Nick was forced to leave the station in a hazmat suit when police finished questioning him.

On May 14, 2014, Nick was arrested and charged with second-degree murder. Nick enter a not guilty plea and opted for a bench trial instead of a jury trial. The trial took two weeks and saw 22 witnesses. There was no DNA evidence or physical evidence, which forced the prosecution to rely on entirely on circumstantial evidence.

The defense claimed that racism was involved and that Nick was targeted because he was a “black person” in a “redneck area.”

Nick was found Not Guilty of the second-degree murder of Garrett Phillips.

Many web sleuths and crime junkies believe that John Jones should be looked into as a suspect.

John Jones is an officer who was in a long-term relationship with Tandy, who left Jones for Nick. Nick claims that Jones showed up at his house shortly after he and Tandy started dating and threatened him. There are also inconsistencies about Jones’s alibi for the time of death. Video evidence also appears to show that Jones and Garrett had a conversation on the sidewalk shortly before Garrett was murdered.

Police have said that John Jones was cleared as a suspect.

June 28, 2018: Ms. Rain’s license to practice law was suspended for two years due to complaints of misconduct. The court ruled Ms. Rain violated 24 distinct rules related to professional misconduct charges. Many of these violations come from Ms. Rain’s conduct during the investigation into Garrett Phillips’s murder and Mr. Hillary’s trial. Amount these violations are: malicious prosecution, fabrication of evidence, falsification of evidence, and concealment of exculpatory evidence.

A: The murder of Garrett Phillips remains unsolved.