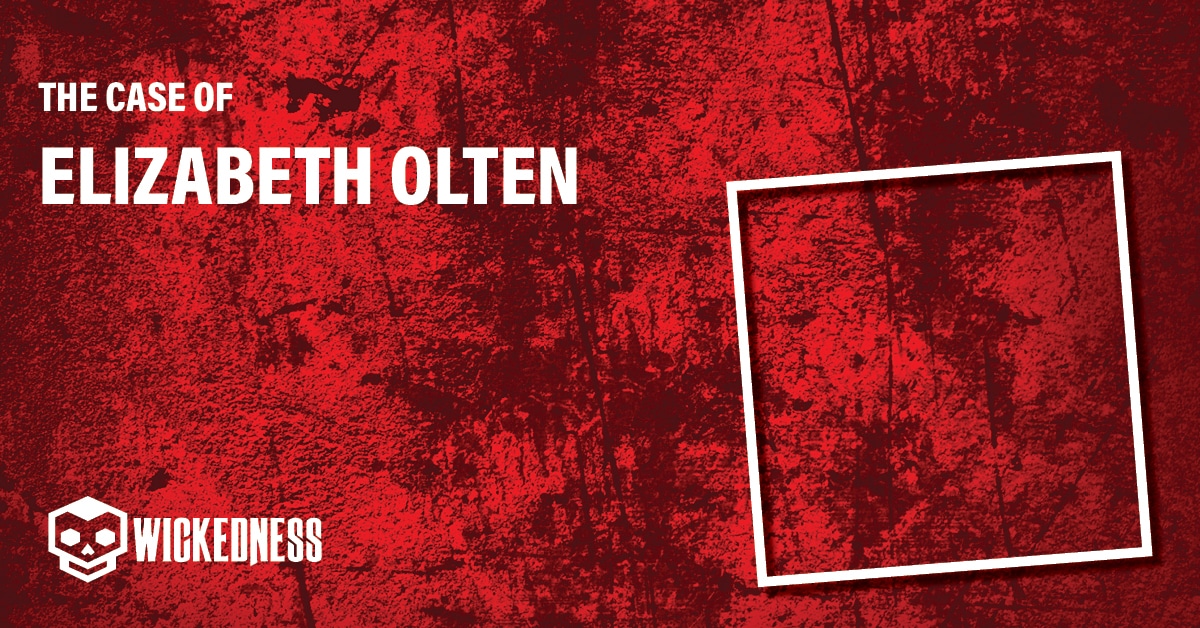 Who Was Elizabeth Olten?

Elizabeth Olten was a little girl living in St. Martins, Missouri, who was only nine years old at the time of her death. Her family and friends described her as a really sweet girl who loved cats, the color pink, and pretty dresses.

Elizabeth was all about lightness and happiness, which is perhaps why she greatly feared the dark. And this fear of the dark would ultimately be the reason her mother realized she was missing.

On the evening of October 21, 2009, at around 5 PM, Elizabeth would ask her mother if she could go four houses down and play with some of her friends at the Bustamante household. Elizabeth had played there often, so her mother allowed her to go with the condition that she would be back at 6 PM.

That shouldn’t have been a problem because the sunset at 6:30, and Elizabeth would never want to be out past dark.

But 6 PM rolled around, and there was still no sign of Elizabeth Olten. Her mother, Patty, started to become afraid that something had happened. She tried calling her daughter’s phone, but there was no answer, and soon Patty would report her daughter missing.

Police and Volunteers Would Search For Elizabeth Olten For Two Days

Police, together with hundreds of volunteers, worked for two days trying to find Elizabeth. They searched the area tirelessly, including the woods nearby, and interviewed people living nearby. However, their fears started to mount the longer Elizabeth was missing, and those fears would be confirmed on October 23.

Soon into the investigation, police received a note hinting that a girl by the name of Alyssa Bustamante might have been responsible for the disappearance of Elizabeth, and she was one of the only children in the area that wasn’t accounted for on the 21st. So they went to bring her in for questioning.

During the questioning, Alyssa denied knowing anything about what happened to Elizabeth. But during the interview, the police got a call that the rescue team looking for Elizabeth had found what appeared to be a shallow grave behind Allysa’s home. The police immediately left to investigate, bringing Alyssa with them.

This grave was empty, and when authorities asked Alyssa about it, she replied that she simply liked digging holes. But the police weren’t convinced, and they soon obtained a search warrant that would allow them to search Alyssa’s home. They started with her bedroom and would find all the evidence they needed.

They came across disturbing writing on the walls and Alyssa’s personal diary containing various chilling entries. One entry described how Alyssa wished to burn down someone’s house with them still inside. But the last entry would be the most telling… and it was written on the day of Elizabeth’s disappearance.

It was blotted out with ink. As a result, only the last part of the entry, which said, “Now I’ve got to go to church,” was visible. Initially using backlighting to try and make out the rest of the entry, they made out the extra two words “slit” and “throat,” which prompted them to use blue light in order to read the rest…

“I just (expletive) killed someone.”

“It was amazing… it was pretty enjoyable.”

These sentences were some of the things they read from the entry, which was enough for them to interrogate Alyssa again. During this interrogation, investigators were able to get Allysa to confess to Elizabeth’s murder after revealing that they had read her diary.

Around 3 AM on the 23rd, Alyssa led police through the woods and straight to Elizabeth’s grave. They found Elizabeth in a second shallow hole that Alyssa had apparently dug; she was under a lot of leaves that had already started to shift, revealing parts of her body sticking out of the ground.

The Murder of Elizabeth Olten Was Planned

Alyssa expressed that she wanted to know what killing someone felt like, which was the only reason she needed to take young Elizabeth Olten’s life.

The planning for this sick experiment had started a week before when Alyssa spent a rare day off school digging two shallow holes. One in the woods, Elizabeth’s eventual grave, and one behind her house in a wooded area. The following week, leading up to October 21, Alyssa planned every detail of the murder.

Then when Elizabeth was heading home on that fateful night, Alyssa invited her to ¨come see something¨ in the woods. Leading her straight to her own grave, Alyssa strangled her once she was there. After that, she took a knife and stabbed Elizabeth Olten almost ten times in the chest before slitting her throat and burying her.

Alyssa Bustamante Was A Troubled Teen

Alyssa Bustamante was born on January 28, 1994, to her parents Caesar and Michelle Bustamante. Her mother would eventually go to jail for criminal charges after a long history of drug and alcohol abuse, and her father would be sent to prison for assault charges.

Because of her parent’s jail time, her grandparents took legal guardianship of her and her three siblings in 2002, and she had been staying with them since, until the time of the murder.

In person, Alyssa seemed to be an average teenager, although her struggles with depression and anxiety were well known. She had attempted suicide in 2007 and had a habit of cutting herself.

Online though, Alyssa’s violent personality showed more obviously. Her Twitter feed was filled with rants about how she hated authority. Her YouTube and MySpace profiles said that her hobbies were “killing people” and “cutting,” There was even a YouTube video in which she tried to get her two younger brothers to touch an electrified fence.

Despite her heinous crimes, Alyssa’s age initially caused some debate as people were unsure how she should be tried. Ultimately it was decided that she would be tried as an adult.

Before the trial for first-degree murder started in 2012, Alyssa took a guilty plea deal that would allow her to escape the death penalty and go with a charge of second-degree murder instead. Although technically charged with life in prison, in 2042, Alyssa Bustamante will be up for parole.

Q: How old was Alyssa Bustamante when she murdered Elizabeth Olten?

A: Alyssa Bustamante was fifteen years old when she murdered nine-year-old Elizabeth Olten.

A: Yes, Elizabeth would often play with Allysa and her siblings at their home.

Q: Did Alyssa Bustamante try to commit suicide more than once?

A: Yes, she reportedly attempted to kill herself by cutting herself with her own fingernails when she was initially imprisoned.