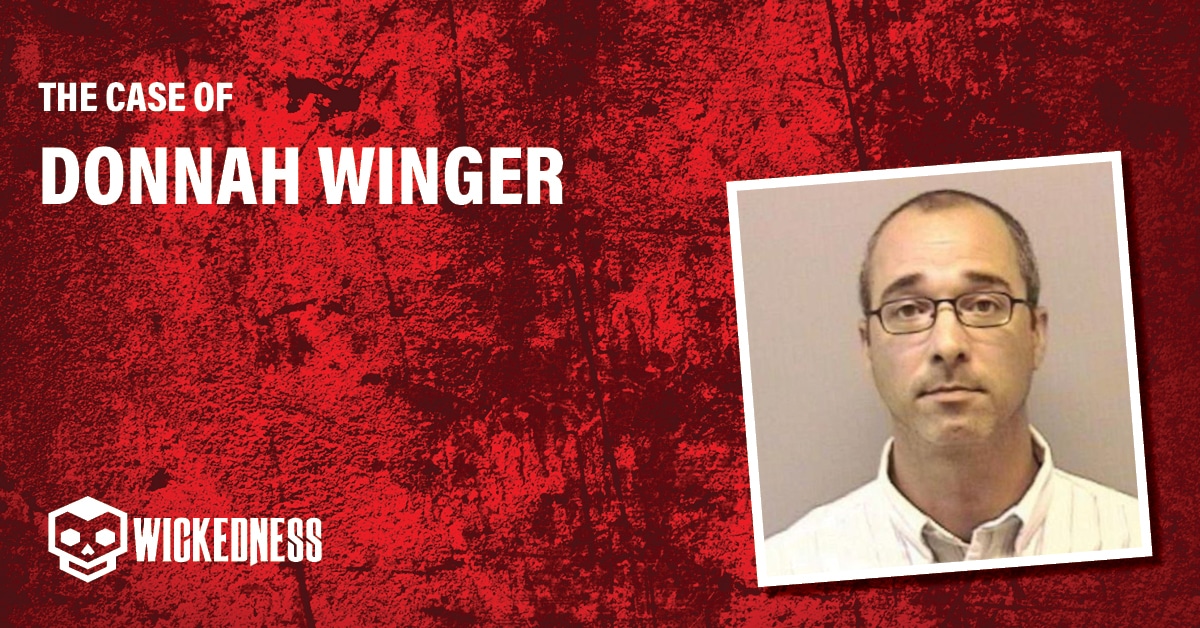 Late afternoon on August 29, 1995, 911 dispatchers in Springfield, Illinois, received a frantic phone call. It came from Donna Winger’s husband, Mark Winger, a married father of a 3-month baby. The police arrived at the scene to find total chaos. The front door was open and inside the dining room was Mark crouched over the body of his 31-year-old wife, Donna Winger. Blood was oozing from 7 wounds on the back of her head, and she was lying face down. Five feet away from Donna was a man lying on his back. He had been shot in the head, and a claw hammer covered in blood was lying next to his body. Both Donna and the unknown man were still breathing, so they were rushed to the hospital. Mark was in total shock. He was covered in blood and rocking back and forth, asking if his wife was okay.

Mark informed police that he had been downstairs on the treadmill when he heard a thumping sound upstairs. He saw the baby alone in the bedroom and could hear more noise coming from the dining room. He grabbed his gun and followed the noise. He finds Donnah on her knees and a man his never seen before leaning over her and beating her with a hammer. Mark says that he then instinctively took aim and shot the man. The man fell over but looked like he was trying to get back up, so he shot him again in the forehead. At that point, Mark rushed to his wife’s side to try and give her CPR, but the unknown man started growing, so he swung the hammer at his chest. He then called 911.

The unknown man was identified as 27-year-old Roger Harrington. Mark instantly recognizes the name. He says that is the guy who has been stalking my wife for some time now. Roger Harrington worked as an airport shuttle driver. On August 23, 1995, Roger Harrington had driven a shuttle bus from the airport containing Donnah. The Wingers later complained to Roger’s employer at the shuttle company, saying that he gave Donnah a hard time on that ride home, talking about getting high and having orgies. Six days later, Mark called 911, saying that he had shot Roger Harrington after Riger attacked Donnah with a hammer in their home.

Despite extensive medical efforts, Donnah Winger did not survive the attack. She suffered seven wounds to the back of her head from that claw hammer. It was the Winger’s own hammer. Roger Harrington was pronounced dead on arrival at the hospital.

Investigators initially believed that Roger Harrington had been responsible; however, something just wasn’t quite right. Detective Doug Williamson struggled to let the case go. A few things never sat right for him, including Mark’s behavior at the crime scene. Mark had never mentioned or asked about going to the hospital to see his wife after she was taken away by paramedics after the attack. There was also no sign of forced entry, and Donnah never left the door unlocked, but why would she leave her baby alone to open a door for a man she was scared of. Roger’s car was parked outside. However, there were two murder weapons in his vehicle, including a tire iron that he never brought in. A note was also found in Roger’s car with Mark’s name, address, and a time on it. To Detective Williamson, things just weren’t adding up. Mark Winger kept asking about the case even after it was initially closed. At one stage, he actually visited Detective Williamson to ask if they were checking into anything. Five months after Donnah died, he remarried the nanny he hired for his young daughter. Mark Winger eventually had three children with his new wife.

In February 1999, a woman came forward to police saying she needed to clean her conscious about Donnah’s case. Her name is Deann Schultz. Deann Schultz is a friend of Donnah’s and says she had been having an affair with Mark a month before Donnah was killed. Deann Schultz also said that Mark had told her that he wanted out of his marriage, and things would be so much better if Donnah were just dead. According to Deann, Mark Winger even asked her to help murder his wife at one point.

The investigation was reopened, and fresh eyes were placed on the case. They ruled that the case was most likely a domestic disturbance, and Roger was lured to the scene to be framed. One of the things the expert detective pointed out was the bloodstain evidence. Roger had no blood splatter on his shirt. As determined by a forensic expert, you would expect to see blood on someone if they had been hitting someone with a hammer. Mark was the one who was covered in blood.

Six years after Donnah’s death, Mark Winger was arrested and charged with two accounts of first-degree murder. He was sentenced to life in prison. He is serving his life sentence at Western Illinois Correctional Center.

In 2005 an inmate in the prison where Mark was serving a life sentence came forward to say that Mark had tried to rope him into a murder-hire plot in prison. The murder plot was to kill Deann Schultz. The elaborate plot was written and was 19 pages long. Mark claimed the whole thing was a fantasy. However, the jury didn’t buy it, and he was sentenced to another five years in prison on top of the life sentence that he was already serving for solicitation of murder.

What happened to Mark Winger?

Mark Winger was believed as innocent in the murder case of his wife Donnah Winger for years. However, it was a forensic expert and bloodstain evidence in the end that proved he wasn’t as innocent as he cried.

How old was Donnah Winger when she passed?

Donnah Winger was 31 years old at the time of her murder. She was married and a mother of a 3-month daughter when she was murdered.