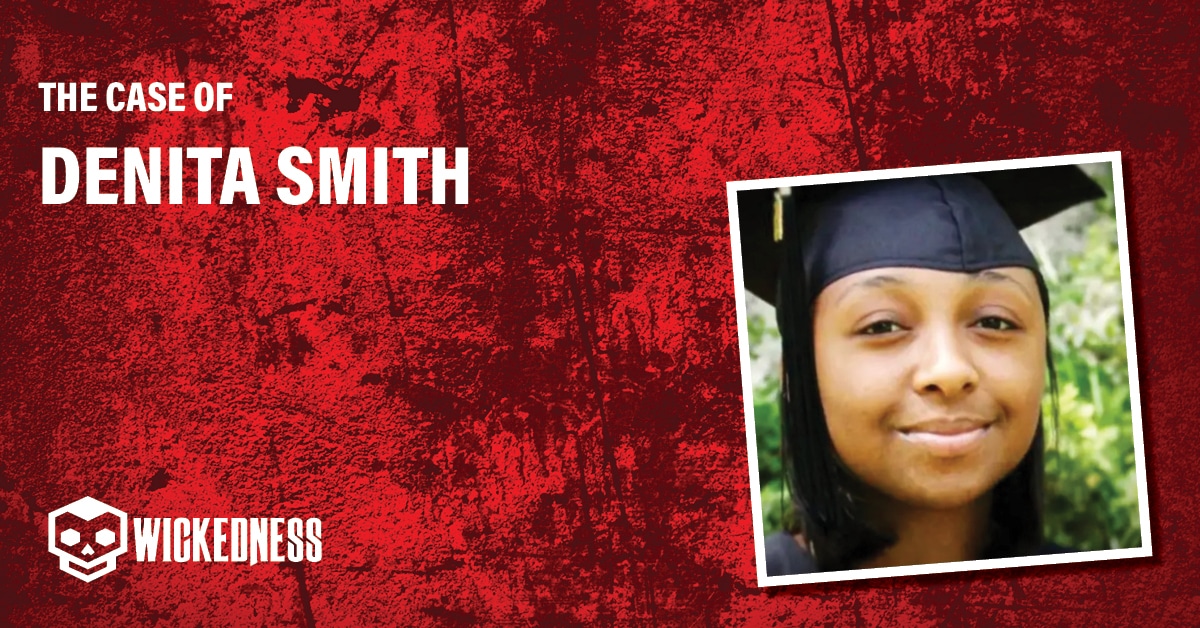 Denita Smith was found unconscious at the end of her apartment staircase with a single shot wound. But who could have murdered the engaged University student who appeared to have everything together?

Denita N. Smith was born on November 20, 1981, in Charlotte, North Carolina, to Sharon and Calvin Smith. She had one brother and one sister. Her mother described her as special. She said she could see things the average person couldn’t see, which made her great at what she did. She used to carry around a camera because she wanted to be a photographer.

Upon graduating high school in 2000, Denita chose to attend North Carolina Central University. She graduated in 2004 with a bachelor’s degree in English. But she didn’t stop there. She stayed at North Carolina central university and pursued a graduate degree in English. While doing so, she continued to write stories and take pictures for the student newspaper. She mentored undergraduate students in writing. Not only did she excel in her professional life but also in her personal life too.

Denita had been dating Jermeir Stroud for six years, and he had just proposed. Jeremy Stroud also attended North Carolina Central University, where they met in 2000. He was a businessman, and after graduating, he became a police officer in Greensboro. Greensboro is about 45 minutes to an hour’s drive away, but they still saw each other frequently.

On January 4, 2007, Denita started her busy day. She didn’t even get the chance to make it down the stairs of her apartment comple.

At about 8:15 that morning, a call came into the Durham police department. The maintenance man called the police department, saying he had heard gunshots. He saw a young lady hurrying away who seemed extremely distraught. He said she got in her car and drove away. After the call, the police showed up but didn’t see anything, so they left the area without making a report.

An hour and a half later, another student named Corey Smith called into the Durham police department. The caller says that a woman is lying down at the bottom of the steps. She appears to have fallen and is unconscious. The woman was Denita Smith. From the caller’s perspective, it just looks like she has collapsed at the bottom of the stairs.

Shawn Pate of the Durham police department arrived at the scene to investigate. While investigating the scene, officers thought it was just a fall, but it was more. Blood was coming from her head; after looking closely, they realized the blood was coming from a gunshot wound. Denita had been shot one time in the back of the head at almost point black range before falling down the stairs to her death. 25-year-old Graduate student Denita Smith was dead.

At the time of Denita’s death, Jermeir and Denita were engaged, but Jermeir had been unfaithful. In 2004 while dating Denita, Jermeir had met a young lady named Shannon Crawley. Shannon Crawley and Jermeir had a few things in common. One of those was they both lived in Greensboro. They were just friends at first when they met, but that quickly turned into much more. Due to them both living in Greensboro, it was easy for Jermeir and Shannon to see each other more frequently. The more time they spent together, the more Shannon fell in love with him. Shannon ended up pregnant with Jermeir’s baby while he was dating Denita. Shannon did not go through with having the baby. She ended up opting to have an abortion; afterward, she and Jermeir’s relationship ended in early 2006. Denita had no idea about Shannon, but Shannon knew about Denita. During the holiday break, Jermier took Denita to church with him wearing her diamond ring, and allegedly Shannon was there.

She called Jermeir, yelling at him over the situation. Since it was the holidays and Denita had time off of University, she spent the holidays in Greensboro with Jermeir. The couple celebrated Christmas together and went into the new year as a loving couple. Denita then headed back to University, and this was when she became a victim in her apartment complex.

In the initial phone call, the maintenance man told the police he had seen a young lady looking very distraught leaving the complex. She got into her burgundy SUV and drove off. Police discovered that Shannon Crawley drives a burgundy SUV. Shannon was at the scene of Denita’s murder.

Police made their way to Greensboro to speak with Shannon at her job. She admitted that she had heard what had happened but had not gone into Durham. She also denied knowing Denita or where she lived. She did say she was off of work that morning because she had to take one of her kids to the doctor. Protocol required police to ask Shannon if she owned a gun; Shannon told police no. She said she hated guns. But she said she didn’t have a gun and hated them. At that moment, with no reason to suspect Shannon, police left and continued with their investigation. More investigation revealed Shannon and Jermier’s relationship; it also led to a search warrant for Shannon’s burgundy SUV. In Shannons, SUV police found gunshot residue on the steering wheel. Shannon’s cell phone was also located off towers at the crime scene at the time of the murder. So she was in Durham County. On January 9, 2009, police arrested Shannon Crawley for first-degree murder. In her mug shots, Shannon was smiling.

Four months after her arrest, Shannon stated that Jermeir Stroud was responsible for Denita’s death, and he was setting her up to take the fall. She said he was stalking her, threatening her, and harassing her to be with him, but she wanted nothing to do with him. She said she purchased a gun to protect herself from him but only kept it for a day. The day before the murder, she claimed that Jermier made her ride to Denita’s house in Durham with him to see where she stayed and stake out the place. She said she didn’t want to go, but he threatened her and her kid’s life. She said he fled after the gunshots and got into the back of the burgundy SUV, but the maintenance man didn’t report seeing a man, just a young woman. She said she could get him to confess. So she brought a tape recorder and started recording conversations with him. Jeremy ends up allegedly confessing to killing Denita.

Jeremy says it was all a lie.

On February 10, 2010, the trial began. Shannon was portrayed as a jealous ex-lover who killed Denita in cold blood and tried to frame her police officer ex. They showed how her phone placed her at the crime scene and how she lied about having a gun. She had recently purchased a gun from a coworker, and that exact gun was used in Denita’s murder. The maintenance man testified that he saw Shannon leaving the crime scene and no one else was with her. The audiotapes that Shannon had were quickly dismissed. The prosecutor said that that was not Jermiers voice on the audiotapes; the voice was too high. They heard Jermeir testify, and his voice was much deeper.

On February 22, 2010, 28-year-old former 911 dispatcher Shannon Elizabeth Crawley was found guilty of the first-degree murder of Denita Smith. Shannon was sentenced to life in prison without the possibility of parole.

After the jury read their verdict, Smith’s mother said: “Someday I may forgive you, but right now I don’t, and I hope you rot in hell. You’re vile. You don’t deserve to be a mother.”

Crawley’s father, Keith Crawley, said that he would continue to try to prove that Stroud was the one who committed the crime.

How did Denita Smith die?

Denita was murdered by a single shot in the back of the head at close range. The 25-year-old grad student died due to a gunshot wound to her head.

Why were the audiotapes dismissed in court?

The audiotapes presented by the defense attorney were quickly dismissed due to the difference in voice. Jeremy had a deep voice, but the voice played on the tapes was a high voice.

Why was Shannon Crawley found guilty of murder?

There was competent evidence to prove that Shannon was guilty. Including the cell tower locations.