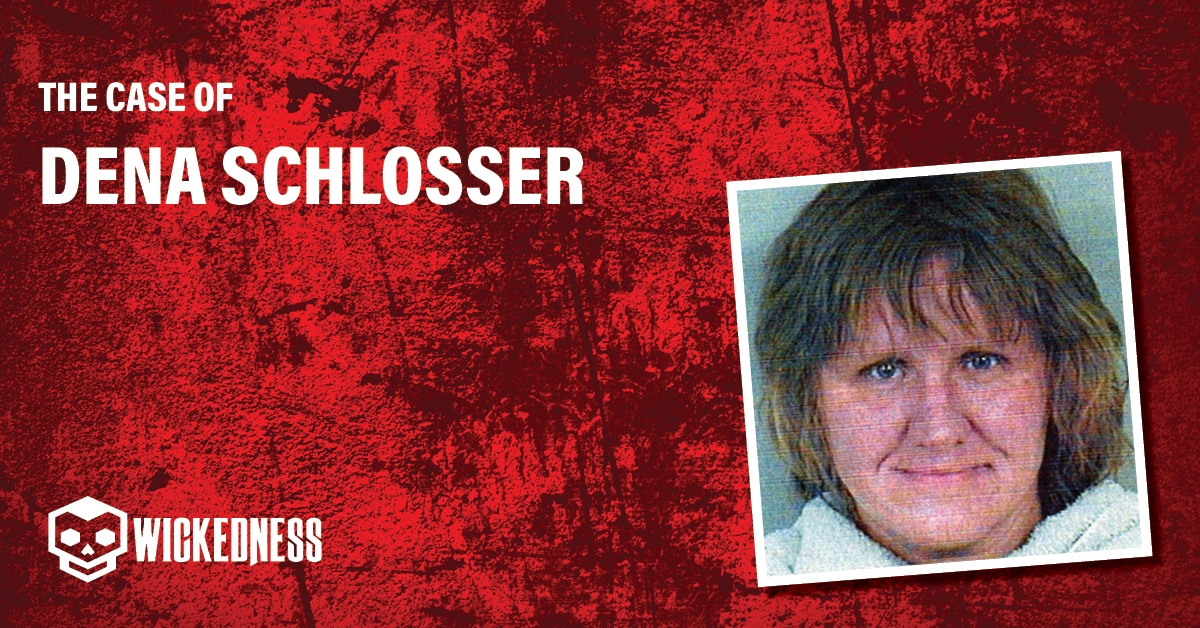 Only 10-months old; who is Margaret Schlosser?

The road to hell – Where has it all begun for Dena Schlosser?

At first, John & Dena Schlosser seemed like a normal couple. They met in Marist College, got married, moved to Fort Worth, and eventually settled down in Plano, Texas. For a few years, the couple has struggled with financial issues and Dena was feeling very lost. That is when she was introduced to the preacher at Water Of Life Church – Doyle Davidson and quickly became a devoted follower.

Doyle Davidson had presented various unusual claims, such as medicine being evil, and demons being the source of every illness, thus concluding that every illness is treatable with prayers. Dena and John fell for every word. Dena was also obsessed with reading the Bible. She did that every morning until one morning her actions were becoming disturbing. She said that while reading, a certain word kept jumping back at her; that word was “cut”. She felt like it was an order from god, so she went to the bathroom and tried to commit suicide by cutting her wrists.

Dena’s connection with the church had become more hurtful towards her kids over time. Things got so bad that Dena had even taken Margaret to church, dressed in all white, thinking she was going to marry her to Doyle Davidson.

It seemed like things were getting better after Dena was admitted to Green Oaks Psychiatric Hospital and  Texas Child Protective Services (or: CPS) had stepped in. But a few weeks later, CPS left the Schlosser’s house, apparently leaving the door open for true evil to step in. Dena immediately threw out her antipsychotic medications and was regularly making animal voices, growling and hissing. But the real atrocity was still lying ahead.

Dena was reading the Bible again, and yet again a phrase jumped at her from the book, as she describes. That phrase was the opening sentence of

“And if thy right hand offend thee, cut it off, and cast it from thee…” Dena felt like she knew what she had to do.

Dena Schlosser went to her daughter’s crib and picked her up. She laid her on the bed and went to the kitchen. Dena picked up a 9-inch kitchen knife and went back to the bedroom where Margaret was. She chopped off her daughter’s arms and then called her husband to tell him about it. John called the daycare that held his other two daughters and told them. The daycare worker had then called 911. At that time Dena started to cut her own arms too but was interrupted by a 911 call. Dena Schlosser told the police exactly what she had done, while the gospel song “He touched me” was playing in the background.

When police arrived they found a shocking and disturbing scene; baby Maggie laying in a pool of her blood, and her mother, sitting in the corner of the room singing Christian hymns.

Dena Leitner was born in 1969 and did not have a simple childhood. Her parents divorced when she was 5, and at the age of 8, she was diagnosed with hydrocephalus, a situation that can cause mental dysfunctions and changes in personality. Because of her situation, she had to undergo many surgeries and shave her hair. She was bullied because of her bald appearance.

While growing up, Dena seemed to have stabilized. She went to Marist College and graduated with a bachelor’s degree in psychology, she met her husband, and they started building a life together. Unfortunately, it wasn’t long before things started deteriorating.

Dena’s mental health was getting worse, after the couple had kids Dena suffered from deep postpartum depression. On a seemingly ordinary evening, she had sat down to watch “The Little Mermaid” With her daughter Kelsie, when she suddenly ran out to the street in an uncontrollable psychotic episode. When the police had finally caught her she had been diagnosed with postpartum psychosis and Bipolar disorder with psychotic features.

At the time before her gruesome crime, she had already displayed severe symptoms of insanity and told her husband that she wanted to give her daughter to god. John didn’t seem to care.

When she was arrested after the murder she kept chanting “thank you, Jesus. thank you, Lord”.

“I’ve been with the Plano Police Department 17 years, and I’ve never experienced anything like this…” Bryan Wood

The police had stumbled upon a closed case, but not in a good way. The officer responding to the call had arrived at something described as a true atrocity that is sure to linger in the mind of anyone who sees it.

In that room, Dena was sitting in the corner, covered in both her daughter’s and her blood, refusing to release the 9-inch knife she was holding. Dena told the police she just had to do it.

Following her arrest, Dena has been diagnosed with manic-depression while police were trying their best to get a conviction and prepare for trial.

Dena stood trial on April 7, 2006, on the count of capital murder, and although there was no actual doubt as to the severity of her actions, was found not guilty by reason of insanity.

CPS had also tried to revoke John Schlosser’s parental rights as he was unable and/or unwilling to defend his kids from their insane mother.

Dena Schlosser was found not guilty by reason of insanity and was sent to mental rehabilitation in North Texas State Hospital, where she was in the same room with another one of America’s most deadly women Andrea Yates, also a mother who killed her kids.

Dena has since been living as a free woman and was even spotted in 2012 working as a cashier for Walmart, a story which has featured in several news stories and sparked an uprising against her employment, and she was swiftly fired. She was never spotted publicly ever since. Who knows? She could even be your neighbor…

Dena Schlosser, the Plano Baby Chopper, is Outed then Fired from Walmart. Now What?

Dena Schlosser is currently free but has not been seen in public since the Walmart incident. It is likely she is under psychiatric supervision and possibly receiving medication.

Where is Dena Schlosser now?

It is unknown where exactly Dena Schlosser is, but she hasn’t been recommitted to a mental facility since 2010.

Dena said she killed her daughter Margaret Schlosser because of a line in the bible that she felt was an order from God.