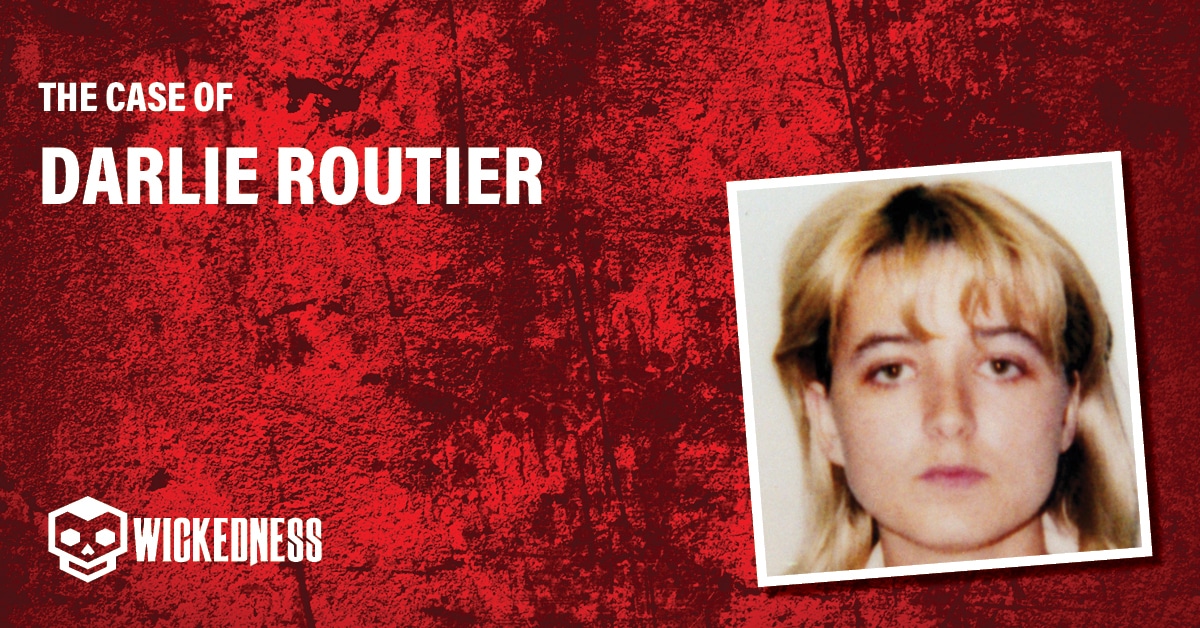 Darlie Lynn Routier was a mother of three living an ordinary life in Dallas County, until one day when she destroyed everything by murdering her two older sons. But, was she really a murderer capable of such monstrosity, or she was a victim too?

Devon and Damon Routier were born in 1900 and 1991 to parents Darlie Lynn and Darin Routier. They were only 6 and 5 at the time of their murder.

The Night Of The Crime

In the early morning of June 6, 1996, the police received a phone call from freaked out Darlie Routier. She and her family have been attacked. The police arrived at a gruesome crime scene. The oldest son, 6-year-old Devon, was already dead. The middle son, Damon, was fighting for his life in the ambulance. Sadly, he didn’t make it to the hospital. Their mother, Darlie, had a cut on her throat and right arm. The youngest son Drake and the father Darin were fortunately unharmed because they were sleeping upstairs when the attack happened.

According to Darlie’s testimony, she fell asleep on the sofa while watching TV. Her two sons, Devon and Damon, were in the same room with her, while her husband Darin and her 7-month-old son Drake were sleeping upstairs. At 2:30 am, she suddenly woke up to a man hovering over her with a butcher knife. He fled and she followed him until she found his bloody knife in the utility room. She took the knife to defend herself and her children in case he comes back. It was only then that she realized she was injured. What shocked her even more, her boys were badly injured. She started screaming, which woke her husband up.

When Darin got downstairs, she saw a sight worthy of a horror movie. His wife and two older sons were covered in blood. He came to Devon first. He was lying on a kitchen floor and his body had huge gashes at the top of his chest. Darin tried CPR, but Devon’s injuries were too serious and he died. At the same time, Darlie called the police.

The police came five minutes after, along with an ambulance car. Although he was badly stabbed in the back, 5-year-old Damon was still alive and he was rushed to a hospital. Sadly, he passed away while still traveling to the hospital. Darlie had stab wounds on her right arm and her throat was slashed. The knife wounds on her throat missed her carotid artery by only 2 millimeters. She was also taken to the hospital. There, she had to undergo surgery.

Darlie Routier – From A Grieving Mother To The Most-Hated Murderer?

Darlie Routier was born on February 4, 1970. She was a young and pretty woman that had three sons with her husband Darin Routier. At first, she seemed like a victim of the same crime that took her two sons. However, the evidence pointed to a different story than what Darlie told. Darlie went from a pitied mother that lost two of her children to a prime suspect.

The physical evidence from the crime scene was inconsistent with Darlie’s story. The knife that was used in killing Devon and Damon was from Routier’s kitchen counter. The blood trails in the kitchen and around the house were also inconsistent with Darlie’s version of events. A lack of motive was another thing that brought Darlie’s story into question. Many valuables were lying out in plain sight when the supposed attack happened, and nothing was taken.

Furthermore, the pattern of blood splatter on Darlie’s nightshirt implied that Darlie was the one who did the stabbing. Her wounds seemed to be self-inflicted, and there were huge amounts of Darlie’s blood in and around the kitchen sink. All of that suggested that she stood by the sink while cutting her own throat and arm in order to appear as another innocent victim of this horrible crime.

Another detail that raised suspicions was the fact that Darlie was a light sleeper. How was it possible that she didn’t hear the attacker killing her children, and only woke up after she was attacked. Finally, the bread knife that was used to attack Routier’s was also used to cut the garage window screen, which was supposedly the intruder’s entry point into the house. Since it was already determined that the knife belonged to Routiers, how could it be used by an intruder?

As if the collected pieces of evidence weren’t enough, because of her odd behavior, Darlie Routier appeared even more guilty. Only a few days after the murders, on a day that was supposed to be Devon’s 7th birthday, Darlie invited local news crews to film her and her family celebrating Devon’s 7th birthday (or at least the day that should’ve been his birthday). The video showed the family standing at Devon’s and Damon’s graves, with Darlie giggling, chewing gum, singing, and spraying Silly String over the graves. Four days after the footage was released, Darlie was arrested.

By the time of the trial, the aforementioned video has become the main weapon in the hands of the prosecution team. Prosecutors Greg Davis and Toby Shook claimed that her behavior was unusual for a mother that lost her children only a few days ago. On the other hand, the defense team claimed that the infamous video was edited to show Darlie in a bad light and that she was only trying to fulfill her son’s wish to celebrate his 7th birthday.

The prosecution tried to show Darlier Routier as a shallow, materialistic woman that saw her children as an obstacle to living the glamorous and flamboyant life. Even her bleached hair and breast implants were used as a sign that she was a bad mother. There were even some suspicions that Darlie killed her sons because of money – because both of them had life insurance policies on their names. However, the defense team rejected this claim as illogical, because their life insurance policies were only $10.000,00 each. If the money was Darlie’s motive to kill anyone, her husband would be the target instead, because his life insurance policy was worth $800.000,00.

Another crucial aspect of defense was a bloody sock found outside the house. When the timeline of events was examined, the defense attorney concluded that it was impossible for Darlie to kill her sons, plant the sock, call the police and cut herself in such a short time.

On February 1st, 1997, after both the prosecution and defense team presented their evidence and witnesses, Darlie Routier was convicted of murdering her sons. On February 4, 1997, she was sentenced to death by lethal injection.

Where Is Darlie Routier Today?

As of 2022, Darlie Routier is still on death row, waiting for the death penalty. She continues to claim her innocence, with many people supporting her and believing that she was wrongfully convicted. Her mother, Darlie Kee, still believes that her daughter is innocent. This case continues to fascinate people, with TV shows and books dedicated to Routier’s innocence or guilt.

What Happened to Darin Routier?

He continued to raise their youngest son Drake. In 2011, he asked for a divorce, although he maintained his position that Darlie didn’t kill their children.

Can Darlie Routier Overturn Her Sentence?

There was a bloody fingerprint found on the coffee table that wasn’t matched to anyone from Routier’s household. It could be a clue and proof that Darlie Routier didn’t kill her sons.

Who Is Kathy Cruz?

She wrote the book “Dateline Purgatory: Examining the Case that Sentenced Darlie Routier to Death.”