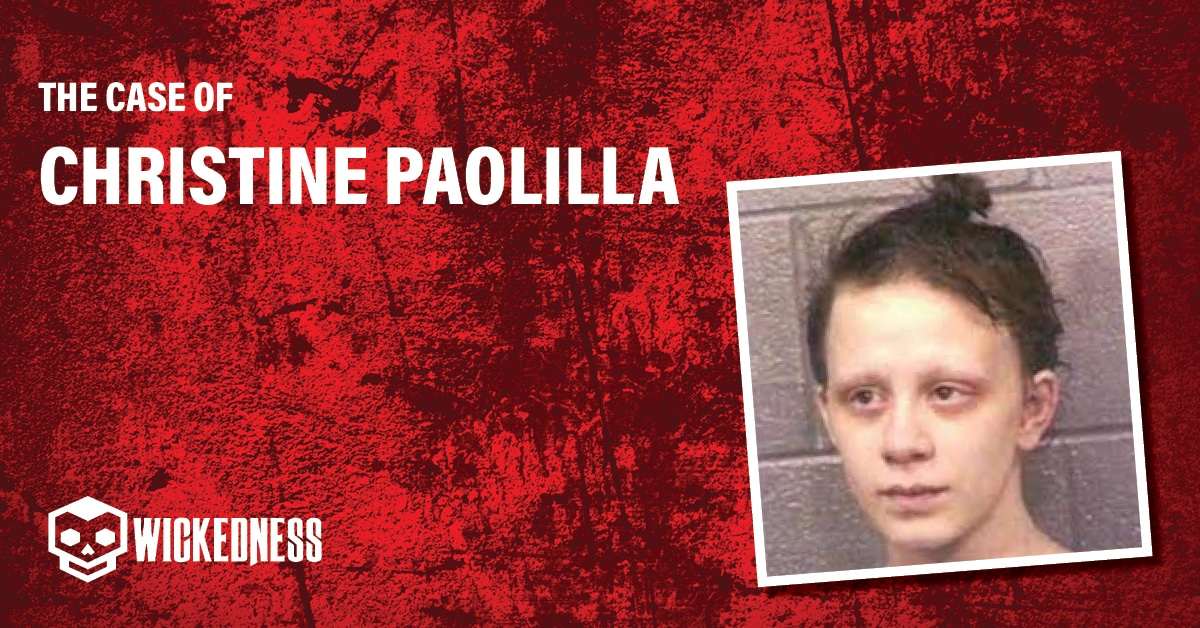 Christine Paolilla was born on March 31, 1986, in Long Island, New York, where she grew up. Her parents were Lori Paolilla, a stay-home mom, and Charles Paolilla, a construction worker. When Christine was 2 years old, her father died tragically in an accident. Charles Paolilla woke up one morning to go to work and never went back home, he was working on the construction of a skyscraper when some bricks fell from the top and impacted Charles in the head. Following this horrible event, a few months later, Christine’s grandparents would pass too.

Christine Paolilla’s mother, Lori Paolilla, tried to be a mother and father for her kids but couldn’t cope with the sadness of losing her husband in such a horrible way; so she started using drugs. This had her losing custody of both her kids who were sent to live with Lori Paolilla’s parents.

Christine Paolilla struggled with alopecia since being in kindergarten; she started losing her hair and eventually ended up losing her eyebrows and eyelashes which caused her vision problems. She was forced to wear wigs and thick glasses; this would lead to her becoming a target for kids in school who bullied her every day nonstop because of the way she looked. Fortunately for Christine, her mother recovered from drug addiction and was given her kids back, the family moved away to Clear lake city, Texas. When Christine started attending Clear Lake High School; She would there become very close with two popular students, Rachael Koloroutis and Tiffany Rowell. These teen girls would help Christine gain back her self-confidence by helping her improve her appearance. They also introduced Christine to other students and helped her fit in with the group. Life seemed a lot better for her now.

In 2003, Christine Paolilla had become so popular in her school that she was voted ¨Miss Irresistible¨. That same year she began dating 21-year-old Christopher Lee Snider. Christine’s family and friends were not happy with this relationship since Christopher was known to abuse drugs and also had an extensive criminal record. Their concern was proven to be right when Christine started abusing drugs with him and developed erratic behavior. The relationship was so toxic they both would abuse each other. Christine once even threatened to kill Chris Snider’s family if he didn’t get back together with her.

On July 18, 2003, four bodies were found. They belonged to Tiffany Rowell, Rachael Koloroutis, Marcus Precella (Tiffany’s boyfriend), and his cousin Adelbert Sanchez. When the police were at the crime scene, they depicted the murders as execution-style, it seemed like whoever killed these people had a big amount of rage.

The four young adults had been shot. Marcus Precella had severe head blunt trauma and Rachael Koloroutis’ head was bashed in in such a way, police depicted it as a flat basketball; she had been shot twelve times and one of the wounds was in her left butt check which meant she had tried to escape. She was shot in the vagina as well; in her hands, she had a huge clump of hair as if she had tried to fight her attacker. Crime scene investigators rated it as the worst scene they had ever seen.

Forty precise shots had been shot in the crime scene. Forty shots that seemed to carry a lot of anger in them. When examining Rachael’s body particularly, they thought it had to be someone that knew her because the killing was too personal. The shot in the vagina itself led them to believe that it was about sexual jealousy or competition. However since police had no real leads, they thought it must have been a robbery gone wrong. The reason for this was that Tiffany and Rachael’s boyfriends were known for openly dealing with cocaine and ecstasy and they stored said drugs at Tiffany’s place so it would only make sense that somebody had gone there to take the drugs. Also, when police started asking people for leads they all were drug-related. All 400 of them!

On her side, Christine Marie Paolilla was too depressed about the killing of her two best friends she didn’t even attend the funeral. Eventually, Snyder and Christine would break up because he was arrested. And while he was in jail, Christine Paolilla decided to check herself into a rehab facility where she met another patient named Justin Rott, the heroin addicts immediately started a relationship, checked themselves out of rehab, and bought a condo with Christine’s money that her father had left her before he died. It was a 400 thousand dollar trust fund.

Police kept actively looking into the case but without real clues, three years would go by with no updates except for an eventual sketch drawing of the possible suspects. Until July 8, 2006 when police received an anonymous phone call from somebody that had been in the same rehab facility Paolilla attended years ago. This person told the police that Christine had confessed to him in a very cocky way to committing quadruple murder on the night of July 18, 2003. Back when the confession took place, this person didn’t believe Christine but after seeing a sketch of her police had recently released, he knew it was true.

Police were able to track Christine on July 19, 2006, after just a few days of looking for her. They found her in San Antonio, Texas getting money out from an ATM, and followed her to a hotel room in La Quinta Inn, where she had been staying for the past seven months with her husband Stanley Justin Rott. They were hiding after watching the news and seeing the sketches of the suspects. It seemed like the room was a crime scene itself. It was clear they had relapsed into drugs. The police found over 200 needles, blood everywhere, mounds and mounds of trash, they even found vomit and dog shit. Paolilla and Justin had been spending 500 dollars on heroin every day eating nothing but Cheez-it, Reeses, and soda. The heroin user was taken to the station to be questioned.

When interviewed by police, Christine Paolilla told them that it was all her boyfriend’s Chris Snider doing that night. That she didn’t know he had the intentions of stealing drugs or killing anyone on the night of July 18, 2003. She claimed that Chris had threatened with killing her if she didn’t participate in the killings. Only one side of the story would be heard since as soon as Chris Snider heard she had been arrested, he went into the woods with a gun and killed himself. Christine was immediately taken to trial.

During the trial, Christine’s attorney tried to convince the jury that she had been forced to do the killings by Chris Snyder. She was just another victim. The prosecution attorney thought this was a pathetic tactic and when he went over Christine’s statements he found a lot of inconsistencies. He also talked about Christine’s psychopathic toxic behavior as a girlfriend, for which he had many witnesses.

When asked about Rachael’s brutal killing. Christine said that she took her 38-caliber-revolver and shot her around ten times but Rachael was still dragging herself on the floor to reach her cell phone and call 911. When Christine saw this she approached Rachael shot her in the vagina (sign of sexual envy) and as Rachael begged her for her life, Christine started beating her soullessly with the grip of the gun and she didn’t stop until Rachael’s head was completely smashed open.

Ultimately Christine would be found guilty. She should have gotten the death penalty but since she was 17 when the murders were committed. She was sentenced to life in prison with the possibility of parole after 40 years.

Christine’s lawyer, Mike DeGeurin up to this date continues to fight for Christine’s case to be reopened because he believes in Christine’s version of the events.

What was Rachael Koloroutis occupation at the time of the events?

Rachael was working as a waitress in a strip club together with Tiffany Rowell.

Where did Christine meet Rachael Koloroutis and Tiffany Rowell?

Christine met both Rachael and Tiffany in school when they were teen girls. They helped Christine improve her appearance and were best friends until the time of the horrible events. Apparently, there was always underlying jealousy from Christine’s side.

What happened to Chris Snider? Why wasn’t he arrested?

After Christine Paolilla’s arrest that July, one of Snider’s family members called to inform him that police had issued a warrant for his arrest in relation to the murders. Acting on a tip that Snider may have committed suicide, police went to Greenville and searched near an area where Snider was reported to have been seen. His decomposing body was found in a heavily wooded area on August 5, 2006.[9] It was later determined that Snider had overdosed on prescription medication.