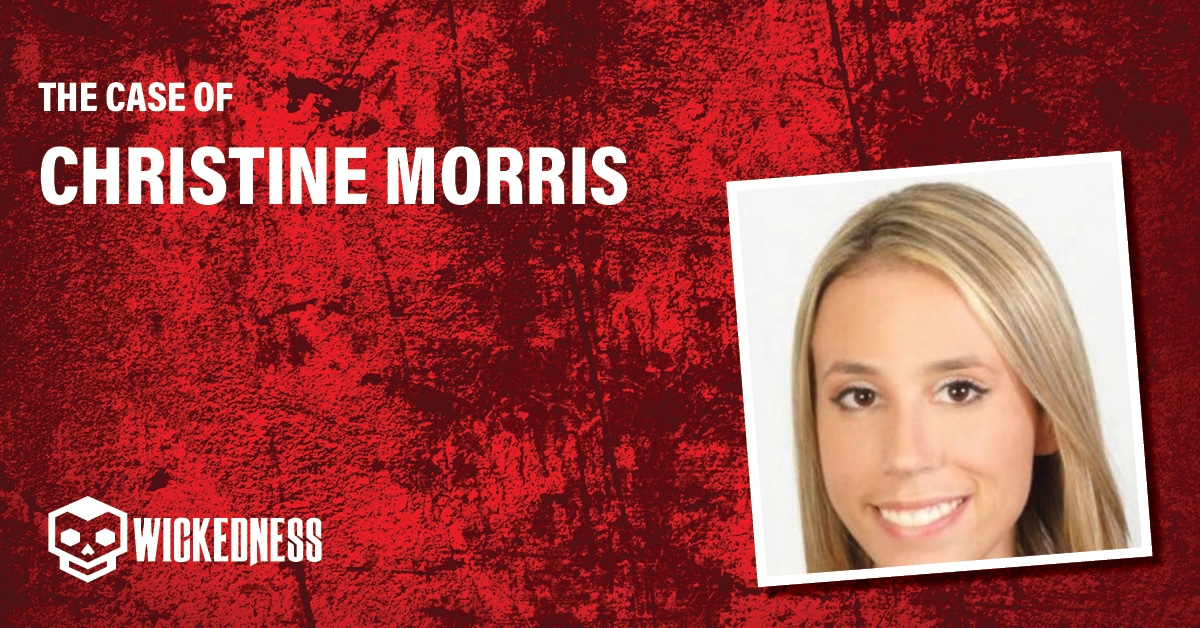 Christina Morris was only 23, working at a dating service when she had gone out to celebrate labor day weekend. Christina was raised in Plato, a quiet city in Texas where she lived with her father, Mark Morris, her stepmother Anna Morris, and her two siblings Sarah Estes and Jake Morris. Although she lived with her stepmother, she was always close with her birth mother Jonni Hare (formerly- Jonni McElroy). After she graduated from the University of Texas at Dallas she moved to Fort Worth to live with her boyfriend Hunter Lee Foster. Christina Morris was always described as loveable, surrounded by family and friends, and simply enjoying her life as any 23-year-old girl would want. It was somewhere around the early morning hours that this beautiful life of hers has ended.

4 Years Of Sisyphean Searching, Only To Uncover A Tragedy

The human remains found in a forest in Anna, Texas on March 7, 2018, were confirmed to be Christina’s. 4 Years after initially going missing. Christina’s mother found out through a Facebook photo of her daughter’s skeletal remains. But how did she get there? What went wrong?

On the night of August 30, She had gone out with her friends. After calling it a night she casually walked to her car, except she was not alone. Surveillance camera reveals she was walking with a man later identified as Enrique Guttierrez Arochi. Christina was very afraid of the dark, some say that is the reason he had accompanied her, little did she know Enrique is the dark itself. The two had entered a parking garage, that is where the footage ends. Just three minutes later, Enrique’s black Camaro emerges from the parking garage, but Christina is never to be seen alive again.

Her friends begin to worry, Christina is not answering anybody, she hasn’t shown up to work, and nobody knows where she is. Her father is worried. He makes the call to the police and says he’s worried that something might have happened to Christina. “I’m just finding out about this, everybody’s freaking out,” he says. The police are launching an investigation, the family assembles a search crew and everybody’s trying to find answers for Christina’s disappearance.

Three minutes. That is the time it took Enrique Arochi to make Christina disappear off the face of the earth. Enrique was a high school acquaintance of Christina, they were never close friends but they knew each other. Allegedly, Christina had nothing to worry about.

But it just so happens that the night of August 30 was not a regular night for Enrique. After being refused by a woman at the bar they went to, Enrique was mad and sexually frustrated. He saw Christina as an opportunity to salvage his night. He walked with Christina from the bar to the parking lot. It is unknown whether he killed her at that time, or at any time for that matter because the remains were so deeply decayed it was just impossible to tell. With Christina in his trunk, Enrique heads out of the parking lot to eventually return home. Christina’s silver 2001 Toyota Celica was still parked in the parking lot near The Shops at Legacy mall in Plano.

Enrique has denied everything, saying that he walked with her until they split up. But as the police investigated further, Enrique decided it was time to take action to ensure his gruesome crimes remained undiscovered.

“Dignity, respect, integrity; everything you are not, Enrique.” – Who Is Enrique Guttierrez Arochi?

Any man who is capable of kidnapping an innocent 23-year-old woman is cold-hearted, but Enrique has set a new standard for that term.

When the noose tightened around Enrique’s neck, and the police were getting closer to successfully building a case around him, Enrique decided that he would go on the offense.

He started a campaign. Enrique went all over the news, saying he was receiving threats on his life, and even accusing Christina’s family that they had portrayed him as a monster in the eyes of the public. “People are starting to see me as a monster when really I’m one of the nicest people you can ever meet,” He said. He went on to say that he could never hurt a fly and that he had nothing to do with Christina’s disappearance. Even after being convicted, he was interviewed and said he hoped Christina was still alive.

It is as if kidnapping (and possibly killing) Christina was simply not enough, Enrique just had to keep abusing her family.

After receiving the call from her father, the police had begun looking for Christina, and lookin for whoever might have done something to her. At first, they had gone in the most simple of directions, the people closest to her and the one who had seen her last.

The closest person to Christina at the time (excluding her family) was her boyfriend Hunter Lee Foster. Hunter was not fully cooperative; firstly, he had never reported her missing, which is strange considering they had lived together and she never made it home that night, but that is not all. When the police asked for Hunter’s phone, he refused to give it to them, only handing it over several days later, with signs of data being deleted from his phone. Could it be her boyfriend? Sure enough, not very long into the investigation, Hunter was arrested. But he wasn’t the one who kidnapped Christine Morris. Hunter was arrested for selling Molly to an undercover police officer, which explains why he would want to delete data from his phone. The couple also did have a fight, which is why he thought Christine was just sleeping at her parent’s house, instead of returning home that night.

The police turn to Enrique. They search his car and come up empty. But when they search the trash can at his house they find a generous amount of used cleaning supplies, that they now know were used to wipe the car completely clean. There are also two pieces of crucial lab results that had just arrived: tracking on Enrique and Christine’s phones, and the DNA tests from Enriques car. Both revealing the evidence they were desperately looking for. The cell phone pings traced both phones to be in the same place for several minutes after leaving the parking lot, and the DNA evidence in Enrique’s car is revealed to be Christine’s. The police have enough evidence to proceed.

The trial was performed on September 30, 2016, initially with a jury, until Enrique waived his right to be sentenced in their presence. Enrique and his defense attorneys had denied everything all along, stating that the Plano police department had only circumstantial evidence, claiming that Hunter is more likely to have kidnapped Christine, and asking the judge to determine that Enrique is not guilty. Fortunately, the judge and jury knew better.

Enrique Guttierrez Arochi was charged with aggravated kidnapping and sentenced by judge Mark Rusch to life in prison. He is currently eligible for parole in 2044.

How Did Christine Morris Die?

Christine Morris’s remains were found 4 years after she had disappeared, so police were unable to establish how she died.

Enrique Arochi is currently not facing murder charges, but some think that he is the one responsible for Christine’s death.

Where is Enrique Arochi Now?