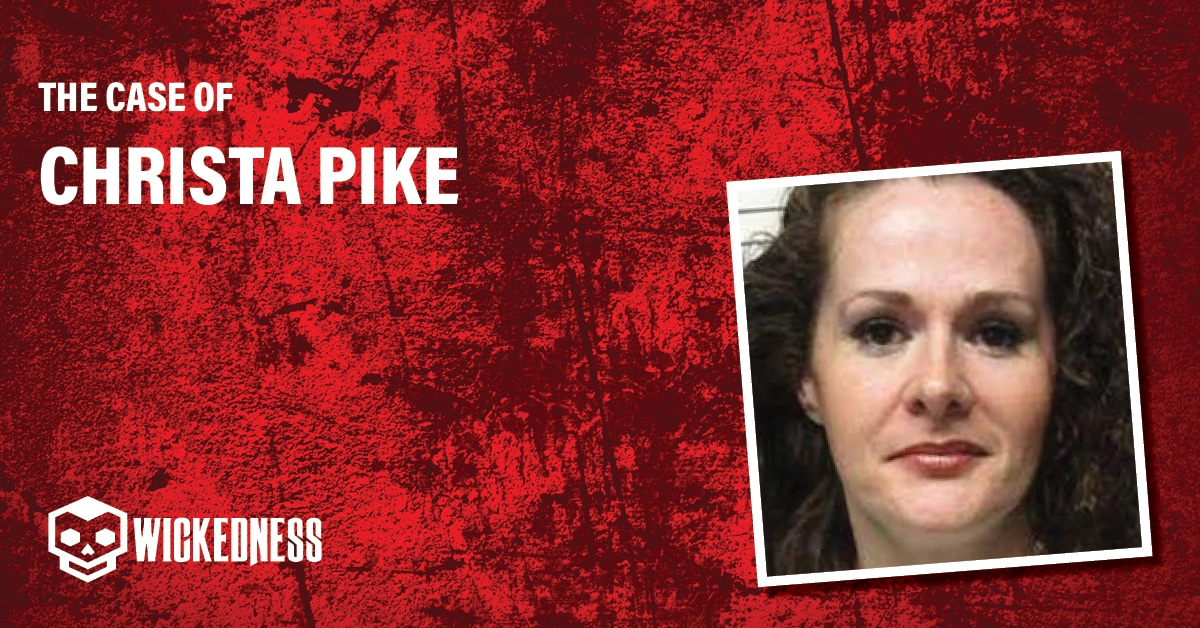 Who was Colleen Slemmer?

Colleen Slemmer was born in 1972 and initially appeared to have a very good friendship with Christa Pike when they met in Knox County. There is little information about Colleen at present, however, it is known that she was a troubled girl or showed bad attitudes with her peers.

Colleen used to spend a lot of time with Christa and her boyfriend on campus, however, after a while things began to change between them.

Christa began to feel jealous of Colleen, as she thought Colleen was flirting with her boyfriend Tadaryl. However, close friends stated that there was no interest on Colleen’s part in Christa Pike’s boyfriend, so they were just ideas in her head.

Christa was filled with jealousy and anger, that’s when she and her boyfriend and another friend planned to teach Colleen a lesson, which ended tragically.

Both Pike and Shipp had a lot in common, they both came from troubled families and had had a very difficult life. That made the two create a bond between them, so Christa fell madly in love.

Those who knew him said that the couple fell in love very quickly and spent all their time together. They also shared time with another friend named Shadola Peterson and then Colleen Slemmer joined the group. Colleen and Christa at first seemed to get along very well.

However, months later, Pike began complaining about Slemmer, saying she was trying to seduce her boyfriend. On several occasions, Christa complained to her boyfriend and began to feel very jealous of Colleen.

After several days of tormenting her and letting her know that she was very upset and jealous, Christa decided it was time to teach Colleen a lesson and convinced her boyfriend Tadaryl and her other friend Shadolla to help her.

On January 12, 1995, Christa, her boyfriend, and her friend, invited Colleen to camp out in the woods overnight to smoke marijuana and with the excuse that they would make peace, to show her that there were no hard feelings towards her. Colleen accepted the invitation not knowing what was in store for her.

While Peterson watched, Christa and her boyfriend attacked Colleen and committed the brutal murder.

Christa’s jealousy became an obsession. After months of what seemed like a good friendship, Christa began to accuse Colleen of wanting to seduce her boyfriend Tadaryl and steal him away.

For days Christa let everyone know that Colleen was trying to steal her boyfriend, even though she denied it and so did many close friends. While on campus, Christa tormented Colleen by blaming her for wanting to seduce her boyfriend and constantly frightened her at night.

Enraged by her jealousy, Christa convinced her boyfriend Tadaryl Shipp and her friend Shadolla Peterson, a 18-Year-Old girl, to make her pay for it. In fact, her exact words were “That little bitch, we need to teach her a lesson.”

Together with her boyfriend and her friend, Christa came up with a macabre plan. The idea was to convince Colleen to take her to a desolate place in the woods, near a steam plant that was abandoned, very close to the college campus.

Colleen thought they would just go camping for the night, smoke pot and make up with her friend Christa, so she accepted the invitation.

On November 12, 1995, Christa, her boyfriend Tadaryl, Shadolla and Colleen snuck out of their dorms and hiked into the woods. Before the hike, Christa made sure to carry a pitchfork and a knife.

Upon arriving at the location, Christa went from being very friendly to being very aggressive towards her. She started yelling at Colleen accusing her of wanting to sleep with her boyfriend. While Peterson watched to make sure no one noticed, Christa and her boyfriend attacked Colleen.

For several minutes Colleen was insulted, cut and beaten, and even had a knife drawn with a pentagram on her chest area, which they considered “the mark of the devil”. After that, they beat her and made several wounds with the knife, while Colleen was on the floor, Christa took a piece of asphalt and crushed her skull with it, hitting her several times.

Colleen’s skull was shattered, so the brain damage was irreparable. It was learned that Christa took a piece of her skull as a trophy of what she had done and proudly displayed it hours later around campus.

A life of childhood trauma

Christa Gail Pike was born on March 10, 1976 in West Virginia in the United States. Although her birth was premature, her mother seemed to be more interested in partying than taking care of her little daughter. She had a troubled life from an early age.

Investigations and interviews after the murder revealed that Christa Pike’s mother used marijuana, and that it was her who incited Christa to do so as well. It was also discovered that the mother was an alcoholic and her father never wanted to acknowledge her as his daughter.

In light of all this family controversy, Christa was raised by her grandparents. Her grandmother, a devout Christian, and her grandfather, a slaughterhouse worker, took care of Christa, who accompanied her grandfather to work.

Christa allegedly suffered damage from childhood abuse, as it was discovered that at a very young age, a friend of her grandmother’s had abused her. After the death of Christa Pike’s grandmother, she had no choice but to return to her mother’s home.

Affected by her grandmother’s death, Christa thought about suicide and constantly self-mutilated. She also suffered abuse from her mother’s multiple partners.

After several visits to therapy, Christa reached her teenage years, dropped out of school and never graduated. She was living with her father for a while, however, the relationship was no better.

At a young age he began growing marijuana, moved in with a boyfriend at 18, began nursing school and joined the job corps, a study program for troubled teens. The campus was in Knoxville, Tennessee, and it was there that she met Colleen Slemmer, whom she would later murder.

The other suspects involved in the murder are Tadaryl Shipp and Shadolla Peterson.

Tadaryl, like Christa, carried the same childhood trauma. He was abused by his family, grew up in an environment surrounded by drugs and alcohol, and was also involved in certain criminal acts. He was a troubled teen all his life, so he decided to study cooking in the social program to which Christa also belonged.

After Colleen Slemmers was reported missing, the police found her body in the woods with her skull smashed in, due to the blows with the chunk of asphalt.

When the investigations began, the police verified that the 4 teenagers had checked out of the campus at the same time, so 36 hours after the murder, Christa Pike, Tadaryl Shipp and Shndolla Peterson were arrested on November 14, 1995.

It was discovered that Christa had been showing the skull piece at the school hours after the murder and it was found in her jacket when she was arrested. After searching the suspects’ rooms, police found a Satanic Bible in Tadaryl’s room.

During interrogations it was discovered that the group of friends were fond of Satanic culture and liked to perform rituals.

Christa confessed to the torture and murder against Colleen hours after being arrested, saying that they just wanted to scare her, but everything got out of control.

Christa Pike’s trial began on March 22, 1996, and she was convicted of first-degree murder. She became the youngest woman to receive a death sentence in the United States.

The jury did not take long to deliberate, as there was enough evidence to implicate her in the murder, plus, many witnesses claimed to see Christa Pike walking around Job Corps showing the piece of Colleen Slemmer’s skull.

The defense argued that Christa suffered from mental illness, associated with personality disorder, however, the court did not find her to be insane. Also testifying was an expert on Satanism, who stated that the conditions of the murder seemed more like a “sacrifice” than ordinary murder.

At the end of the trial, Christa, Tadaryl and Shadolla were found guilty on different verdicts.

Christa Pike was sentenced to death penalty on March 30, 1996, to be electrocuted in the electric chair on a murder charge, plus 25 years in principle for conspiracy. Christa Pike is currently awaiting execution.

While in custody, Christa Pike, along with another cellmate, attempted to hang another inmate with a shoe string, for which she received another year’s sentence. In 2012, she attempted to escape from prison.

Pike has appealed several times to the supreme court without success.

Tadaryl Shipp was sentenced to life in prison with the option of parole in 2028.

In the case of Shadolla Peterson, who was charged as an aider and abettor, she received a sentence of 6 years probation.

Where is Christa Pike now?

Christa Pike is being held at the Tennessee Women’s Prison, Nashville. She is awaiting execution.

How old is Christa Pike?

At the time this article was written, Christa Pike was 46 years old.

Why is Christa Pike’s sentence so well known?

Christa Pike holds the record for being the youngest woman to be sentenced to death in U.S. history.