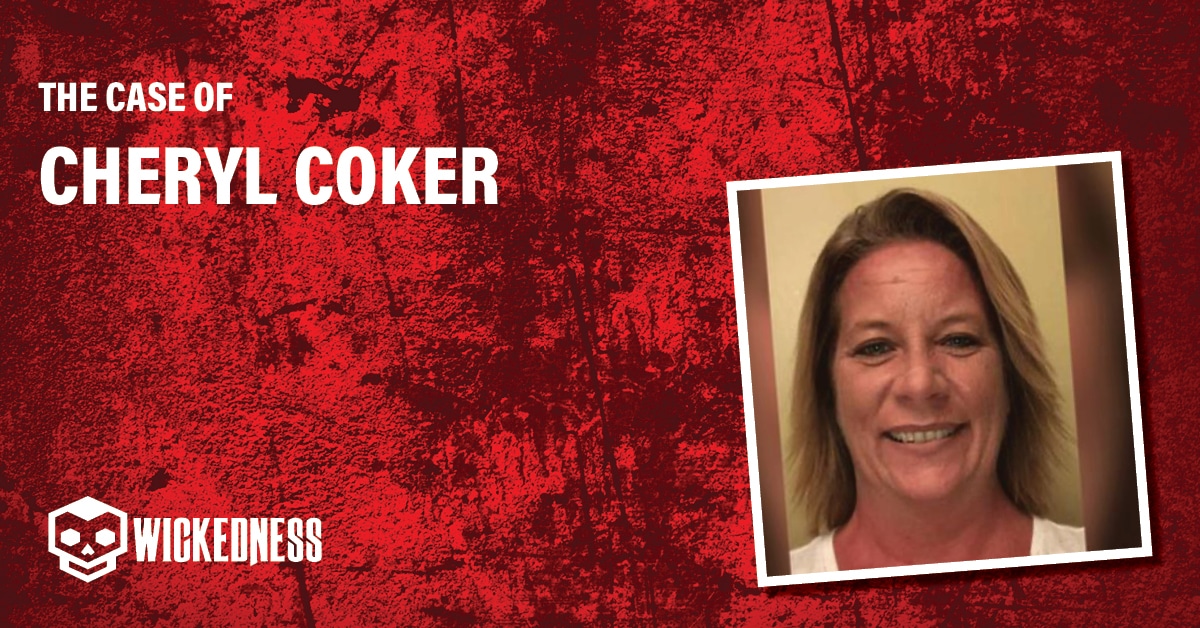 46-year-old Cheryl Coker mysteriously disappeared after dropping her teenage daughter off at school on October 2, 2018. Her body was discovered almost two years later, and still, her case remains unsolved.

In Dayton, Ohio, Cheryl Coker was born April 24, 1972, to Edward and Mary (Overman) Carroll. She was a fun-loving person and a devoted daughter.

Cheryl graduated from Stebbins High School in 1990 and immediately entered the workforce with General Motors. When GM closed its factories, Cheryl attended the National American College and graduated with her Associate’s Degree in 2010. Cheryl’s work career consisted of a surgical technician and tissue bank technician, with her latest employment as a Crash Technician with the NHTSA, she truly enjoyed this job.

Cheryl Coker disappeared in October 2018 after dropping one of her daughters off at school around 7:30 am on a Tuesday. Cheryl’s sister Margie Kennan reported her missing on October 2 after Cheryl’s teenage daughter, 15-year-old  Mikayla, contacted her to let her know she did not know where Cheryl was. The last she saw Cheryl was that morning when she dropped her off at school. It is believed that Cheryl did return to her house in Riverside, Ohio, United States, as she was logged into Facebook until 7.45 am that morning.

That same day Cheryl’s family used the find my phone app to track Cheryl’s cell phone as all their calls and texts were going unanswered. The app located Cheryl’s cell phone about a mile away. They went to the area with police and found Cheryl’s locked car parked in a strip mall parking lot beside a restaurant and grocery store.

Cheryl’s personal items, including her cell phone, purse, and credit cards, were inside the car, but there was no trace of Cheryl.

Surveillance footage obtained by police showed Cheryl’s car entering the parking lot before midday on October 2, 2018, but they could not determine who was driving the vehicle.

In the shopping center parking lot, the Riverside police spoke to Cheryl’s husband, Bill Coker. He told police that he and Cheryl were in an open marriage and that “she was engaging in risky behavior before she disappeared.”

Police discovered that William Coker and Cheryl, who had married in 1988, were swingers and in an open marriage, but Bill was dating a woman regularly. Cheryl had asked Bill to stop seeing this other woman, to which he refused, and she, therefore, filed for divorce on September 21, 2018.

Bill went to Orlando in Florida a few days later to attend a family wedding with their 15-year-old daughter. Cheryl later discovered that he had brought his new girlfriend with him. He returned from the trip on October 1, the day before Cheryl went missing.

When obtaining surveillance video from a grocery store, police noticed Bill had a gash on the back of his arm above his elbow and was walking around the store dressed in a dark-colored shirt, shorts, and shoes. When asked about the gash, he told them it happened at work.

“Thanks for putting the nail in my coffin.”

Cheryl sent a text to a coworker that same day that read:

“I will be in tomorrow if I’m not dead.”

Police believed Cheryl was dead, but it wasn’t until eighteen months later that these concerns were confirmed.

A mushroom hunter found Cheryl’s remains in a wooded area off Waynesville Jamestown road in Caesarscreek Township in Greene County in April 2020. It was a 15-minute drive from Cheryl’s house.

Cheryl’s remains were identified using dental records and implanted medical hardware in the spine. An autopsy was conducted. The report also noted that her remains were clothed. The precise causes of death could not be determined due to the near-complete skeletonization of the remains. However, death is expected to be related to foul play, homicidal violence of unknown etiology.

Bill was named a suspect in the case, and search warrants were executed, but Bill has not been charged with anything related to Cheryl’s death and has maintained his innocence. William “Bill” Coker remains the lead suspect. Despite no arrests and only one suspect, this case is not considered a cold case.

How long was Cheryl Coker missing?

Riverside mother Cheryl Coker was missing for 18 months before her remains were found in a wooded area off Waynesville Jamestown road in Caesarscreek Township in Greene County in April 2020.

Where did Cheryl Coker work?

Cheryl’s work career consisted of a surgical technician and tissue bank technician, with her latest employment as a Crash Technician with the NHTSA, she truly enjoyed this job. She was also a dedicated mother to her two daughters, and she was their loudest cheerleader and their biggest fan.