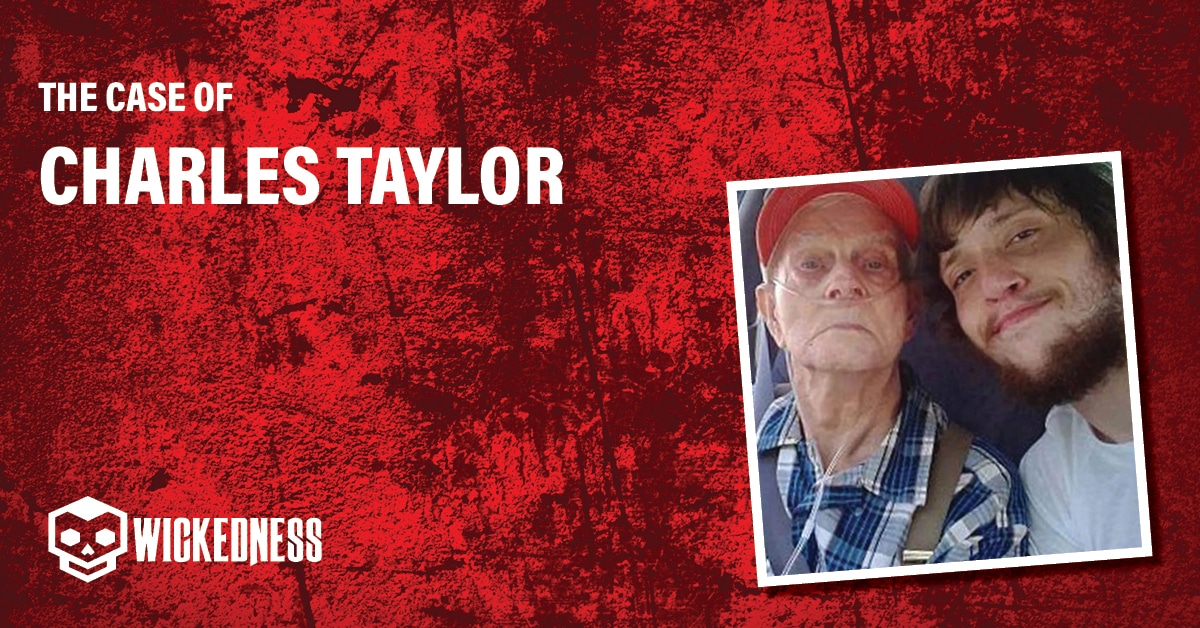 Charles Taylor was viciously and remorselessly murdered in cold blood; his attacker stabbed him over 30 times. The killer didn’t try to hide. Instead, they bragged about what they had done on social media, going as far as taking a picture with Charlie’s dead body and the murder weapon.

59-year-old Charles Taylor was considered a kind and generous man; he also had a good reputation in the local community. Charles Taylor had a son named Rex, who had struggled with substance abuse and depression for many years. Rex Taylor was married to Amanda, and they had two kids together. Charles and his daughter-in-law did not get along, but the rest of his family saw Charles as an honest and good person. In April 2014, Rex and Amanda separated, and Rex moved back in with his father. Four months later, Rex committed suicide. He hung himself on his son’s seventh birthday.

On April 4, 2015, the police discovered that Charles Taylor had been stabbed multiple times. The autopsy revealed the cause of death was 31 stab wounds and blunt force head trauma. The police believed it could have been an inside job since there was no sign of forced entry. The crime scene was gruesome. The walls were covered in blood splatter, and the couch Charlie was lying on was soaked in blood.

The investigation into Charles Taylor’ murder started slowly. The police did not have a lot of information or leads. They looked into Charles’ acquaintances but could not find anyone with a motive. The authorities had a lucky break when a true-crime blogger reached out to them. The blogger had a picture of Amanda Taylor posing for a selfie, with the lifeless body of Charles in the background, and she was holding the bloody knife she used to kill him.

After Rex took his life, Amanda blamed Charles Taylor. She believed that he had introduced drugs into Rex’s life when he was fifteen years old and that his addiction was what drove him to commit suicide. Amanda was relentlessly loyal to Rex and wanted Charles Taylor to pay for what he had done.

Amanda asked her friend Sean Ball for help. Although they were just friends, Sean was attracted to Amanda and agreed to help her because he wanted to impress her. He told Amanda he used to be in the Navy Special Forces and had killed many times in combat; this wasn’t true. Sean knew Amanda and Rex and was aware they had a weird obsession with murder and death. Sean told Amanda what he thought she wanted to hear.

Amanda and Sean stole guns and ammunition. They both broke into Charlie Taylor’s home and attacked him while he was asleep on the couch. Amanda stabbed him repeatedly with a bayonet-style knife. Charles Taylor cried out and grabbed Amanda’s hair to try and make her stop. When Amanda asked Sean for help, he hit Charles on the head multiple times with a tire iron while she continued stabbing her father-in-law to death. Afterward, Amanda took a picture of herself with the body and murder weapon, posted it online, and called herself the Brunette Bomber.

Amanda and Sean left and drove down the Blue Ridge Parkway from Virginia, heading to North Carolina. The thrill Amanda felt when she killed Charles made her hungry for more, and she kept looking for her next victim. Sean refused to help her kill anyone else, and Amanda shot him in the face. Amanda left Sean for dead but not before taking a picture with the body and posting it on her social media, where she admitted to both crimes and professed her undying love for Rex and claimed what she did was for him.

The police arrested Amanda when she arrived in North Carolina and brought her in for questioning. She was more than happy to cooperate and proudly told the police what she had done. Amanda Taylor originally was going to plead guilty because she wanted the death penalty, but she changed her mind and pled not guilty at the trial. However, the Prosecution’s case was solid. They had her confession and the pictures she posted online of the crime scenes. The Defense didn’t argue against Amanda being guilty but claimed she believed what she did was justified because it was for love. The Jury only took 25 minutes to reach their guilty verdict. Amanda was charged with first-degree murder and given a life sentence. Amanda felt no remorse for what she did. She killed her father-in-law out of revenge for her husband.

Sean Ball survived. When Amanda pulled the trigger, the bullet passed through his jaw. He had passed out from the pain, but he was alive. Sean took a plea deal. He pled guilty to second-degree murder in exchange for a 60-year prison term, to be suspended after 41 years. Sean will serve his sentence and then be on probation for ten years. Sean admitted he entered Charles’ home with Amanda. When she started to stab Charles, he tried to defend himself, and Sean didn’t want Amanda to get hurt. He beat Charles with the crow bar. Sean had promised Amanda that he would go on the run with her if she killed Charles, but he didn’t want anyone else to get hurt. Sean claimed that Amanda wanted to go on a murder spree, but he convinced her not to. He also apologized at the hearing and said he regrets his involvement.

Where is Amanda Taylor now?

Amanda Taylor was convicted of first-degree murder after killing her father-in-law, Charles Taylor, and sentenced to life in prison. She is currently at the Fluvanna Correctional Center in Troy, Virginia. Her accomplice, Sean Ball, took a deal and was given a 60-year prison term to be suspended after 41 years. Sean is behind bars at the Augusta Correctional Center in Craigsville, Virginia, and is supposed to be released in 2051.

How Did Charles Taylor Die?

59-year-old Charlie Taylor was brutally murdered on April 4, 2015. He was killed by his daughter-in-law, Amanda Taylor; she blamed him for her husband, Rex Taylor’s, death. Amanda and her friend, Sean Ball, stabbed and beat Charles to death.