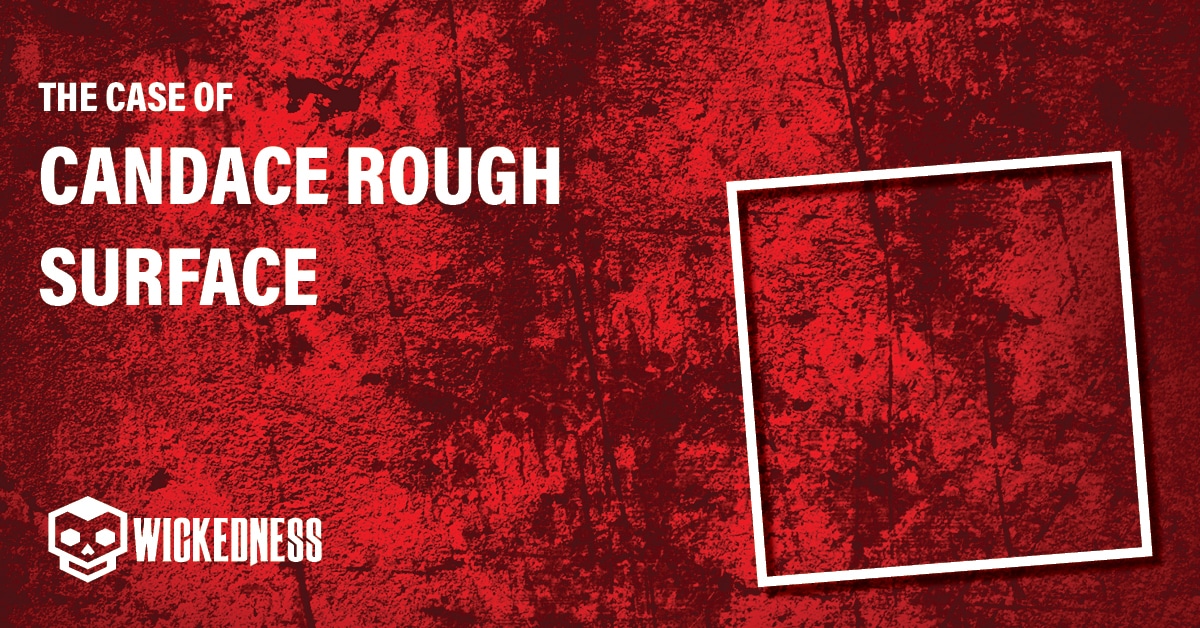 Who Was Candace Rough Surface?

Candace Rough Surface, who went by Candi, was one of Alberta Rough Surface’s many children. By the time 1980 came around, all of Alberta’s other children had moved out, and Candi was the only one still living at home. She was Alberta’s youngest daughter. Alberta and her husband separated after a bitter divorce.

Friends of Candi’s described her as adventurous and daring. She was always willing to try something new. Candi, a Native American, dropped out of high school during her sophomore year when Candi found out she was pregnant by Tommy Eagle, a fellow Lakota tribe member and Native American.

When Tommy Eagle heard about Candi’s pregnancy, he left, but Candi was okay with that. As an intelligent and ambitious young woman, Candi was confident.Because Alberta was so supportive, Candi could work and attend college while her mother watched her son, Homer. Candi worked hard to create a better life for her and her baby.

Candi came home on Friday, August 2, 1980, ready to let loose. It was Friday and payday, and she was looking forward to a night out. Before she went out, Candi made sure to spend time with Homer. Alberta had no qualms about taking care of her grandson. She wanted her daughter to enjoy what was left of her teen years.

The night started at the Silver Dollar Bar in Mobridge. Clara Rough Surface, Candi’s sister, and her boyfriend were with her, but she felt left out. In 1980 South Dakota eighteen-year-olds were allowed to drink, so Candi stayed out for a while and had a few drinks. Eventually, she told Clara she was heading out. Her sister tried to convince her to stay, but Candi was ready to go home.

Alberta began to worry when Candi still hadn’t returned home by Saturday. Alberta called her daughter Clara who said that Candi left the bar alone last night. Concerned, the two women began to search the reservation where they lived.

While they searched for Candi, Alberta and Clara Rough Surface-Oxford ran into multiple people who had seen Candi the night before. After leaving the Silver Dollar Bar, Candi went to one called Joker’s Wild. Although many people witnessed Candi there, no one could recall her being with anyone.

After the weekend ended and Candi still hadn’t returned home, Alberta reported her missing to the authorities. The officers who took Candi’s missing person report didn’t seem concerned about the young mother. They told Alberta Candi was probably overwhelmed by motherhood and needed a break. No one seemed to care about the missing Native American woman. Racial lines were divided in Sioux Falls during 1980.

Alberta insisted the police look for her daughter, so an officer went to the Joker’s Wild to question witnesses. No one admitted to seeing Candi at the bar on August 2, 1980. After investigating, detectives had two suspects in Candi’s disappearance.

The first person was Tommy Eagle, Homer’s father. Tommy told investigators he didn’t have contact with Candi. He hadn’t seen her in a while. Investigators asked Tommy to provide an alibi for the night Candi went missing. Tommy said he was home hanging out with friends. They declared Tommy was telling the truth, and the investigators cleared him as a suspect.

Another person whose name came up surrounding Candi’s disappearance was Nicholas A. Scherr. A witness eventually came forward to the police and said Candi was at Joker’s Wild on August 2, and she was having drinks with Nick.

Nick Scherr was a member of the prominent Scherr family. Two of Nick’s older brothers competed in the Olympics and brought home the bronze. Everyone in the town of Mobridge loved the brothers and the entire Scherr family. The local sports complex was even named in honor of the Scherr brothers.

When questioned by investigators, Nick Scherr admitted he was at Joker’s Wild on August 2. He also said he saw Candi there but never talked to her. Nick told the investigators he left the bar early, but there were a lot of guys from out of town in the bar that night, and they should look into that. Satisfied that Nick Scherr was not involved, police moved on to other leads.

In May 1980, a ranch hand working on a farm found a badly decomposed nude body. Investigators were called to the scene and searched the surrounding area for any sign of who the deceased may be. The investigators noted the battered body was missing one leg but determined that could be because of exposure. They also noted a pair of black-rimmed glasses on the ground.

The medical examiner determined the body was indeed that of Candance Rough Surface, and she probably died the night she disappeared. There was also evidence Candi had been sexually assaulted. Alberta and the entire Lakota nation were shocked when they heard the news of Cand’s death. They all mourned together.

It would take fifteen years before anyone would find out what happened to Candi the night she was murdered. In October 1995, a woman called investigators on Candi’s case and said her son-in-law had information regarding her murder.

Her son in law was James Stroh II. After confirming he would get a plea deal, James confided in the police about what he knew about Candi’s unsolved murder. James said he was in Mobridge visiting family during the summer of 1980. Fifteen years old at the time, James spent a lot of time hanging out with his cousin, Nick Scherr.

On August 2, James joined his cousin Nick Scherr at the Joker’s Wild. While they were drinking, they were joined by Candace Rough Surface. The three drank and had a good time, but Nick and James had to leave. They had plans to go to another party and invited Candi to go with them. Initially, she said no, but after Nick offered to bring her home, Candi said okay.

While at the party, Nick began to make Candi uncomfortable. He kept pulling her onto his lap and trying to kiss her. After a while, Candi had enough of Nick’s behavior and asked him to take her home. Calling his cousin James over, the two cousins started to drive Candi home.

Nick didn’t stop his behavior in the car and started to try and touch Candi again. She threatened him and said she knew a guy who would beat him up if he didn’t leave her alone. The boys started to laugh at her, and Candi slapped James. Angry at Candi for rejecting him and hitting his cousin, Nick pulled the car over.

James watched from the car as Nick beat Candi and sexually assaulted her. After he finished, Nick forced his fifteen-year-old cousin to assault the injured woman. Nick returned to his vehicle and grabbed a gun. He shot Candi numerous times and then handed the handgun to James, forcing him to shoot her too. As one final insult to the murdered mother, the cousins stole her cash and split it between them.

At the time of the murder, James and Nick were only fifteen and sixteen years old. Prosecutors charged Nick with first-degree murder. To avoid the death penalty, Nick pled guilty at a preliminary hearing to a charge of first-degree manslaughter. He gave a statement expressing remorse for his heinous crime. No matter how sorry he was, the judge still sentenced him to serve one hundred years in prison. For his safety, Nick was sent outside South Dakota for his sentence. James was sentenced to fifteen years but was released in 2004 after serving only eight for second-degree manslaughter.

Unfortunately, fifty-four-year-old Nicholas Scherr was granted parole and was released in 2019. Nick served only twenty-three years of his one hundred-year sentence. No one ever notified Homer Eagle that his mother’s murderer was released on parole. Alberta Rough Surface raised Homer after his mother’s murder. A bittersweet reminder of what could have been.

Where did Candace Rough Surface live?

Is Nicholas Scherr released from prison?

Fifty-four-year-old Nicholas Scherr was released in 2019.