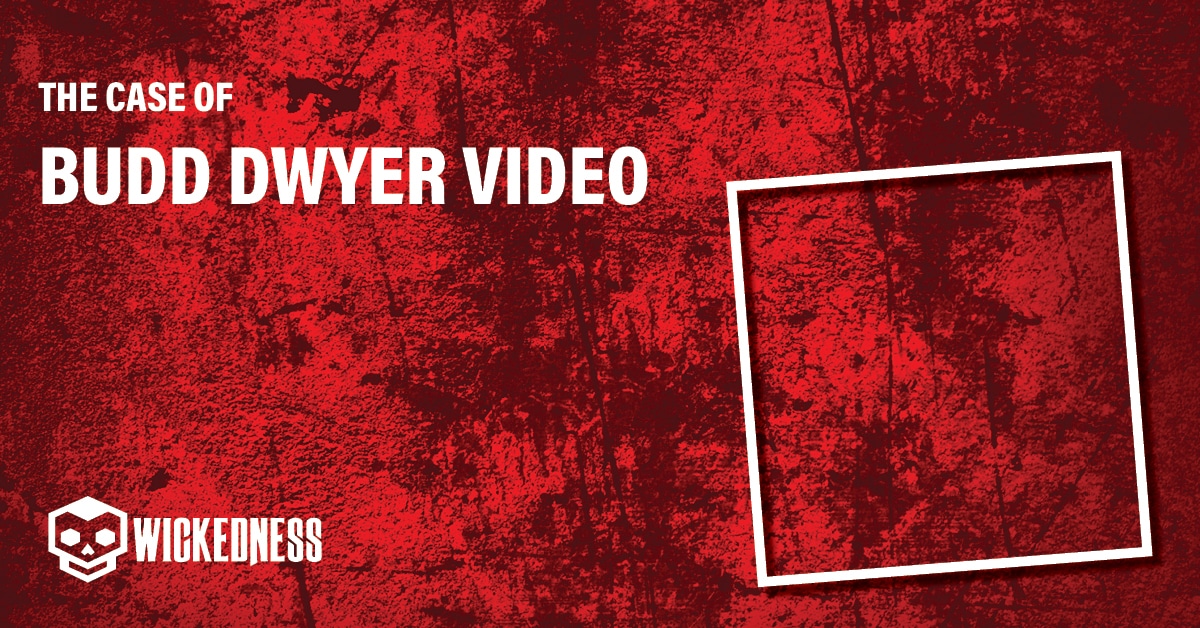 Budd Dwyer Video, The Man Behind The Controversial Death – Who Was R. Budd Dwyer?

R. Budd Dwyer was born on November 21, 1939, in St. Charles, Missouri, to Robert Malcolm Dwyer and Alice Mary Budd Dwyer. They lived a simple life as a middle-class family. Budd was always interested in accounting and followed his passion when he studied political science and accounting at Allegheny College in Meadville.

Budd would later focus more on his political side, as we know now. After getting his bachelor’s degree, Budd got a master’s degree in education. After graduation, he started teaching social studies at Cambridge Springs High School and was the school team’s football coach.

In 1963 Dwyer married Joanne Grapy, also around the time he started his career in politics. The couple had two kids; Robert Dwyer and Dyan Dwyer.

The Scandal – What Was Budd Dwyer Accused Of?

Before Budd stepped into his role as the Treasurer of Pennsylvania, a clerical error led to losing millions of dollars to the Commonwealth of Pennsylvania public employees. To clear up this mess and refund the workers, Budd awarded a 4.6 Million, no-bid contract to an accounting firm called CTA (Computer Technology Associates)

Dennis Schatzman, the Deputy Comptroller of Pittsburgh Public Schools, found anomalies in the contract with CTA and, with the help of another accounting firm called Arthur Young and Associates, managed to confirm that millions of dollars overpriced the contract. These findings raised questions regarding the contract’s legitimacy, as many other candidates were cheaper and more qualified to handle such a contract.

An investigation was launched to explore the possibility of bribery from the company to Dwyer. A former CTA employee, Janice R. Kincaid, stated that the company offered Budd Dwyer a $300,000 kickback in exchange for the contract.

What was the Verdict?

Dwyer was enraged, saying he was innocent and that the U.S attorney had no authority to prosecute and there was not enough evidence. Budd would not cooperate and even openly tried to sabotage the investigation, saying it was illegitimate. Nevertheless, the investigation continued, and the case was going to trial.

Many witness statements were presented during the trial, and evidence was shown. As a result, R. Budd Dwyer was found guilty on 11 counts of conspiracy, mail fraud, perjury, and interstate transportation in aid of racketeering. He was facing up to 55 years in prison and a possible fine of $300,000. His sentencing was scheduled for January 23, 1987. But he never made it there.

Less than a month after being found guilty, Dwyer told his press secretary James “Duke” Horshock and the deputy press secretary Don Johnson that he intended to call a press conference. In that meeting, they advised him on the topics he should and should not discuss and suggested that the conference should not be held in his office. But the overall idea was approved.

Dwyer, who had not yet given the order to call the press conference, tried everything and everyone who could’ve helped. He went to his lawyer Paul Killion, asked Senator Specter for help, and even wrote a letter to Ronald Reagan asking for a presidential pardon. But these efforts were no use.

On January 21, Budd asked James Horshock to set up the news conference for the next day, but he refused to tell him what it was about. Horshock reached out to the press, and the conference was set for 10:30 a.m the next day.

On his last evening, before the day of the press conference, Budd wrote a letter saying, “I enjoy being with Jo so much; the next 20 years or so would have been wonderful. Tomorrow is going to be difficult, and I hope I can go through with it.”

Before the press conference, most reporters and people involved with the case believed that Budd was about to announce his resignation due to the allegations against him.

At the conference, Dwyer seemed on edge, moving around and constantly wiping off sweat from his forehead. At the very end, he went off script and started talking about his coming fate. Dwyer said he hopes his story resonates within the United States to promote a better justice system; he then asked that his story be told on television and radio and handed out envelopes containing letters to his family, a message to Robert P. Casey, and even an organ donor card.

At the end of his speech, Budd asked people with “weak stomach or mind” to leave the room, thanked his family, and said, “Goodbye to you all on the count of three. Please make sure that the sacrifice of my life is not in vain.”

Budd took a brown envelope, from which he pulled out a .357 Magnum revolver and ended his life in front of the shocked audience and television cameras.

Why Did Budd Dwyer Take His Own Life?

No one can tell precisely what went inside Budd’s mind when he decided to take his own life. But there are many theories; some think he could not live with the guilt, and some think he is innocent and was so profoundly disappointed with the legal system that he could not take it. Other people suggested theories around money his family received from his government pension and survivor benefits, which would not be given if Budd was sentenced. Right until his last day, Budd claimed he was innocent and was not given a fair trial.

Regardless of the cause, news of the incident spread quickly throughout the American public.

Never Live-Streamed, But Definitely Broadcasted. The Media Coverage Around the Budd Dwyer video

A common myth about the news coverage of this incident is that it was broadcasted live, so there was no way of preventing people from watching the suicide. But contrary to popular belief, the press conference was videotaped and broadcasted hours later, with every station’s news editor covering it differently; most news stations edited the footage and left out the graphic images, leaving a frozen image with the audio or simply cutting out the last part of the footage. But a few television stations had broadcasted the entire suicide footage, unedited and without warning.

On that extreme winter day, with the whole nation in their homes because of the weather, many unsuspecting people, including children, watched the disturbing graphic footage. Some say the Budd Dwyer video haunts them to this day. Most suicide videos of this incident that are now around the internet originated from those broadcasts.

The Aftermath of Budd Dwyer video

R. Budd Dwyer’s suicide story was widespread as he requested, covered by almost every news outlet and making its way into arts, music videos, and film.

Among the most famous examples is a movie titled “Honest man: The Life Of R. Budd Dwyer,” directed by James Dirschberger, and a song called “Hey man, nice shot” by the band “Filter.”

Who Was R. Budd Dwyer?

R. Budd Dwyer was an American politician, the Pennsylvania Treasurer, famously known for committing suicide during a press conference after being accused of a bribery scandal.

Why did Budd Dwyer kill himself?

No one can tell precisely, but it is thought to be due to the bribery scandal and subsequent trial Budd went through and his way of making a point about the justice system in the United States.

What is Budd Dwyer video?

The Budd Dwyer video is the footage obtained of Budd Dwyer committing suicide in a press conference that was live streamed.