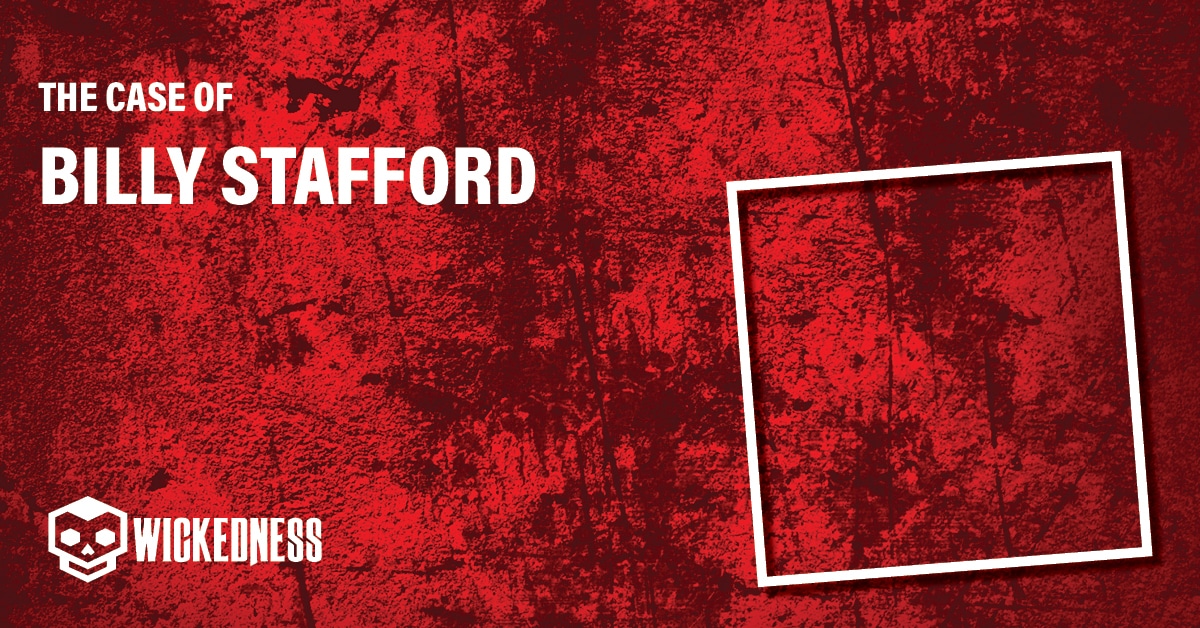 After suffering years of abuse from her husband, Jane Hurshman put an end to it by shooting Billy Stafford as he slept behind the wheel of his pickup truck. She was finally acquitted of his murder.

Who Was Billy Stafford?

William “Billy” Lamonte Stafford was born in 1941. His childhood wasn’t a happy one, he grew up in a home with an abusive father and this shaped the man that Billy became. It’s been said that his father once burnt Billy Stafford’s hands because he had been caught stealing. This kind of behaviour was normal in the Stafford house and Billy Stafford grew up to be a man just like his father.

When Billy Stafford met Jane Hurshman Corkum, he’d already had two failed marriages. At Jane’s trial, testimony was given by his first two wives. They told tales of violence from Billy Stafford, towards them and their children. Billy had told them that if they ever left him, he would kill their families one by one as punishment. Luckily, both of these women managed to escape while Billy was at sea for weeks at a time.

Billy Stafford was once a fisherman and he bragged that he’d once killed a man by throwing him overboard. It’s unknown whether these fishing stories were true but it was a common theme in Billy Stafford’s life that he would get away with abusive and dangerous behaviour because everyone was scared of him. It’s been reported that the police chief told the local police force that they would need to attend the Stafford house in pairs and armed if they were ever called out. However, this violent behaviour resulted in Billy being blacklisted from many ships in the area and he could no longer find work as a fisherman. This is why Jane couldn’t escape.

Billy Stafford and Jane met in 1970 and they formed a common-law relationship. Jane had two sons from a previous relationship and her and Billy had a son together called Darren. Both Jane and her three children suffered abuse at the hands of Billy, including their three year old son. For example, it was a rule of Billy’s that everyone in the house had to eat at the same pace as him. As a three year old, Darren didn’t have the speed Billy wanted so Billy force fed him. When Darren threw up, Billy force fed him the vomit.

Jane suffered the most though. Billy weighed more than 250 pounds and he drank regularly. The alcohol made his temper worse. Just like with his first two wives, Billy told Jane that if she ever left him, he’d kill her family. In fact, he’d already beaten up her father. Over the years of their marriage, Billy beat Jane unconscious many times, forced her to perform sexual acts with a dog and he would repeatedly shoot at her in the house and garden. At her trial, Jane’s life was comparable to a prisoner at Auschwitz.

On March 12 1982, police received a call from someone who had come across a man in a pickup truck. The man was sat in the passenger side but he was slumped over to the driver’s side. The person who had found the body wasn’t sure if the man was dead or just sleeping but they’d seen blood on the outside of the door.

When police got to the crime scene, they established that the man was dead and that he was Billy Stafford. He’d been shot with a shotgun at close range and the force of the shot had almost decapitated him. Police knew that many people had an issue with Billy and finding out who had done this wouldn’t be easy.

Or so they thought.

On the evening of March 11 1982, Billy Stafford made Jane drive him and a friend to a party. He’d already been drinking heavily that day but he wanted to carry on the fun elsewhere. It was a rule of his that Jane had to drive him anywhere she wanted and bring him home again.

On the drive to this party, Billy was talking about their neighbours, an elderly woman and her husband. They’d had an ongoing dispute with Billy about property lines and he told Jane that he was going to put a stop to it once and for all. Billy said that he’d bought enough gas to torch their trailer, to the point where they wouldn’t be able to get out. He then turned to Jane and said he’d do the same to Darren.

On the way back from the party, Billy Stafford fell asleep and it was another rule that Jane wasn’t allowed to leave the truck until Billy had woken up. So while she sat there in the dark, Jane finally snapped and decided that she’d had enough. Jane grabbed a shotgun from her house, pointed it into the open passenger side window and pulled the trigger. Jane then drove the car around 10 miles away from her home, without checking if Billy was alive or not. She parked the truck and left, hoping her and her sons were safe now.

Jane Marie Hurshman was born January 25 1949 in Brooklyn Novia Scotia, Canada. She was also born into a home where her father regularly beat her mom and this became the standard against which Jane based her adult relationships. Her first marriage failed and in 1970, she met Billy Stafford. Jane was described as a small, soft-spoken woman and her story of abuse at the hands of Billy is shocking.

As already mentioned, Jane was routinely beat and humilated at the hands of Billy. Society’s attitude of domestic violence against women was to “keep quiet if you saw it” so while many were aware of the violence Jane was subjected to, no one did anything about it.

On February 22 1992, Jane’s body was found in a car owned by her new husband of six months, Joel Corkum. She had a single gunshot wound to the chest and an autopsy revealed the bullet had hit her right lung and her heart. The autopsy concluded that suicide was likely but murder was also possible.

Before she died, Jane had received threatening letters and phone calls. Friends and family have said that the nature of these communications was to tell Jane to stop speaking out about abused women. Since her acquital, she had become a quiet advocate against domestic abuse of women. The threats claimed that if she didn’t stop speaking out, she would be stopped altogether.

Police knew that many people had issues with Billy Stafford. They went to inform his wife, Jane Hurshman, that his body had been found in a car and Jane fainted at the news. She wasn’t a suspect in the beginning but then rumours began to fly around the small community.

A few months before Billy was murdered, Jane offered $20,000 to a man if he killed Billy. This was the same amount as Billy’s life insurance policy. The man turned down the offer but when Billy was killed, people began to wonder if Jane had found someone to hire to kill Billy.

Jane was brought in for questioning and at first, she denied everything. But eventually, she admitted it. She told the police that she’d had enough of Billy and she just wanted to make sure she and her children were safe. Police believed that she wasn’t a danger to society and the murder wasn’t pre meditated so they let her go home to rest. However, she was charged with first-degree murder three days later.

Jane agreed to plead guilty to the lesser charge of manslaughter but the Crown objected, asking a jury to decide whether it was murder or manslaughter.

At Jane’s trial, Billy’s previous wives testified about the abuse they’d suffered at the hands of Billy Stafford. This helped Jane’s case, as well as testimonies from others who’d seen the abuse or been threatened by Billy themselves. The defense team went for the battered woman defence which would hopefully help Jane be acquitted.

In the end, the jury believed Jane.

Jane Hurshman was sentenced to a six-month sentence for manslaughter but she was released after just two months.

Is Life with Billy a true story?

Yes, Brian Vallée’s book is based on the true account of Jane Hurshman and the murder of her abusive husband, Billy Stafford.

How many children did Jane Hurshman have?

No, she was found dead in her car with a single gunshot wound to the chest in 1992.