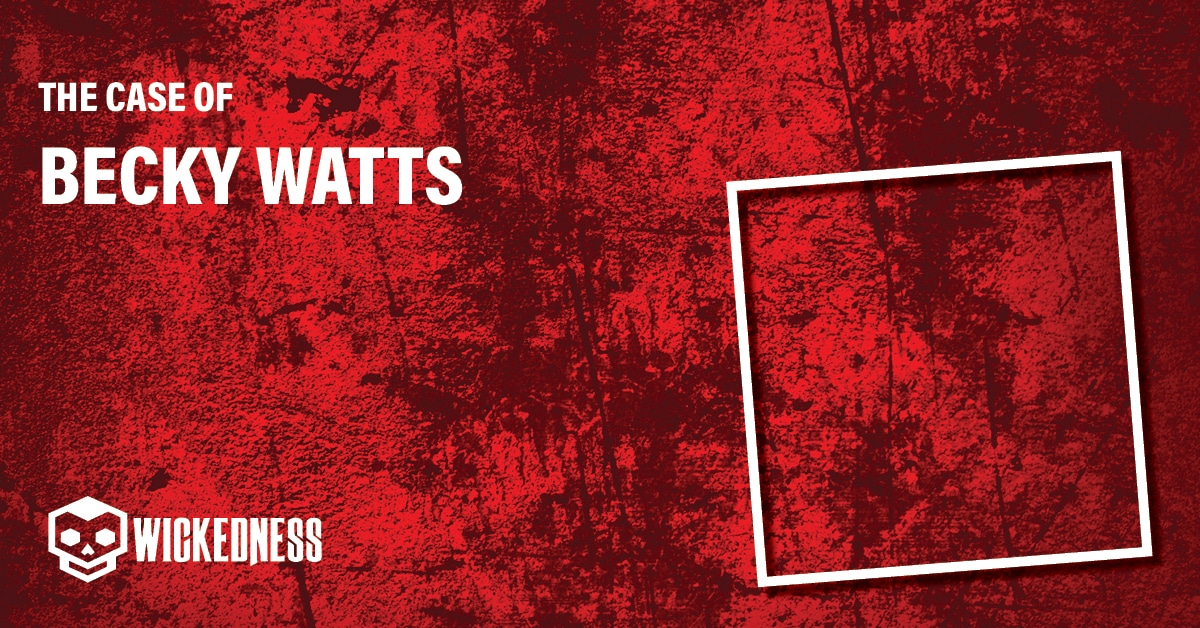 Who Was Becky Watts?

Rebecca Watts was a young girl who resided in Bristol, UK and had resided there since her birth on June 3, 1998. She was only sixteen years old at the time of her death.

Becky’s mother, Tanya Watts, and her father, Darren Galsworthy, had separated early in her existence. Becky Watts spent her first few years in the care of her mother, but she was taken into child care at the age of three, and from there, she was given to her father.

For the rest of her life, Becky  Watts lived with her father and stepmother, Anjie Galsworthy. For several of those years, she also shared the home with Anjie’s son, Nathan Matthews. The family would note after her death that Becky always seemed uncomfortable in Nathan’s presence.

Who Was Nathan Matthews?

Nathan Matthews was twelve years older than Becky Watts and was known to live with fibromyalgia which caused depression and anxiety for him since he was a child. He started dating his girlfriend Shauna Hoare when he was 20, and she was 15, which was an early sign of his disturbing fetishes.

The two of them would bond over their shared twisted desires and would text each other about their wishes to kidnap young teenage girls and have threesomes with them.

What Was The Relationship Like Between Becky Watts and Nathan?

Their relationship was not a good one. Becky was often uncomfortable around Nathan, for good reason, and Nathan had a strange hatred for his young stepsister. Shauna also shared his distaste for Becky Watts; they both thought that she manipulated Darren and Anjie as well as constantly looked for attention.

Becky told her friends that Nathan often made comments to her about how he would kill her, these descriptions would often be quite graphic, and it scared her. One instance was when he told her he was going to beat her to death with a sledgehammer.

He also bullied her emotionally, including comments about her weight even after she was diagnosed with anorexia nervosa. He thought that she made up this ailment for more attention from her parents.

There was even one alleged incident in which he touched her inner thigh inappropriately when he was twenty and she was only eight years old. But the family was unaware of any of these instances and wasn’t aware of the issues between the two.

What Happened On The Day Becky Watts Was Killed?

On the day of February 19, 2015, Nathan and Shauna had equipped themselves with a “kidnap kit,” which consisted of a mask, stun gun, handcuffs, tape, and black bin bags, which were all packed away in a red suitcase. They set their course for Becky’s home. They chose this day because they knew Darren and Anjie would be away at an appointment.

Shauna stayed behind in the garden to smoke a cigarette, and Nathan went to the upstairs hallway and knocked on Becky’s door. Then teen unexpectedly opened it, and Nathan immediately placed tape over her mouth, telling her that as long as she listened to him, she would be ok.

He placed handcuffs on her wrists and started attempting to move her into the suitcase; she began struggling hard at this point, so Nathan started restricting her breathing. He realized at some point that she had stopped breathing completely and checked for a pulse; Becky Watts was dead.

Nathan stated that he strangled Becky, but autopsy findings suggested that she had been suffocated, likely by someone’s hand on her mouth and nose. She had fought hard for her life, and over forty bruises were found on her body that she had sustained during the struggle.

How Did They Dispose Of Becky Watt’s Body?

The couple took Becky’s body back to their home, and using a circular saw he had recently bought, Nathan dismembered his stepsister’s corpse in their bathtub. The different parts of her body were then wrapped in cling film, thick blue plastic bags, Asda shopping bags, and various types of tape.

The exception was her torso wrapped with two bathroom mats, a shower curtain, and a Wacky Warehouse ‘It’s My Birthday’ bag. Some of the remains were also packed away with table salt.

All of her body parts were then put in suitcases and stored in a garden shed at the home of one of the couple’s friends. Karl Demetrius and Jaydene Parsons agreed to let them store the suitcases there in exchange for ten thousand pounds, but they said they had no idea what was in the suitcases.

The Investigation Would Uncover The Truth Quite Quickly

Police found Nathan’s fingerprint in a spot of blood in Becky’s bedroom early in the investigation, leading them to name Nathan a top suspect. Nathan and Shauna were swiftly arrested on suspicion that they had kidnapped the teen, and then on March 2, 2015, they were arrested again for suspicion of her murder.

Upon searching Nathan and Shauna’s house, they couldn’t find DNA evidence of Becky being there, but they used the knowledge of the fingerprint they had found to put pressure on Nathan during questioning.

Then, in the early hours of March 3, 2015, the police found Becky’s remains in the shed.

During the five-week trial that aimed to put Nathan behind bars for first-degree murder, he testified that he hadn’t meant to kill Becky and had only intended to scare her in order to correct what he deemed bad behavior on her part. If that was true, then he would only be charged with manslaughter rather than first-degree murder.

He also maintained that Shauna had had nothing to do with Becky’s death and was innocent. Shauna claimed the same thing and said that the messages that were uncovered of her and Nathan’s plotting were misunderstood and meant to be “sarcastic.”

In the end, it was determined that Nathan and Shauna had planned this together, and Becky Watts’ murder was sexually motivated.

Q: Have Nathan and Shauna been assaulted in prison?

A: Yes, Nathan was reportedly scalded with a jug of boiling water by a fellow inmate. And Shauna has reportedly had to be resuscitated twice due to severe beatings she received in prison.

Q: How are Darren Galsworthy and Anjie Galsworthy?

A: Reasonably, the two were absolutely gutted, but they’ve stayed together despite the horrific circumstances, and Darren doesn’t appear to blame Anjie for what happened.