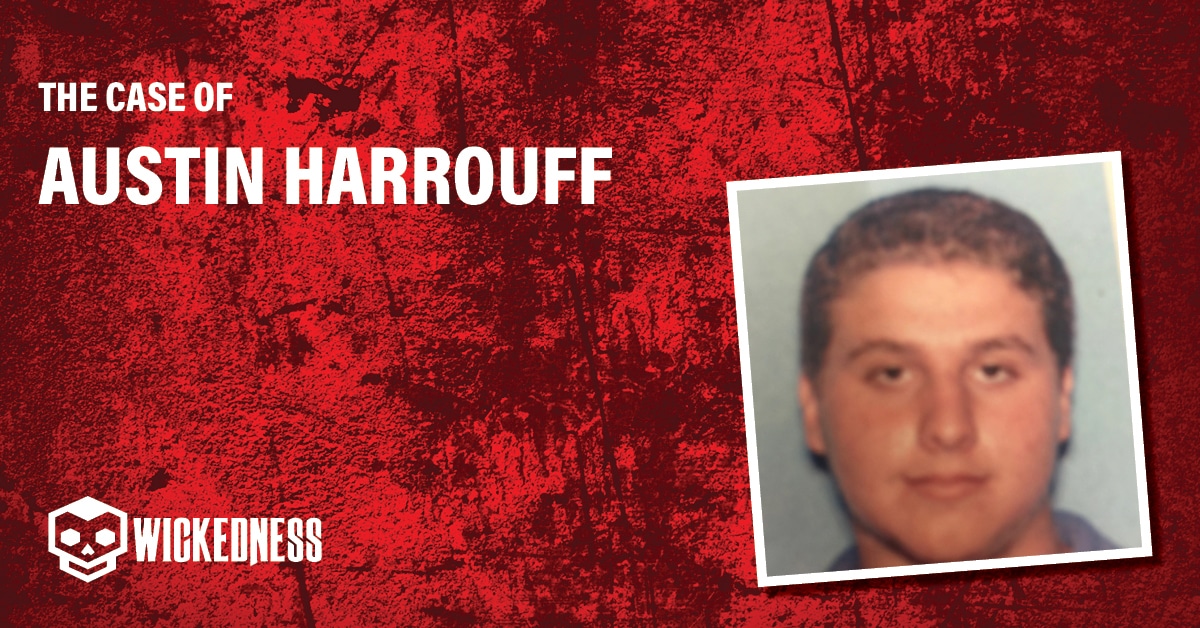 Austin Harrouff was born on the 21st of December, 1996, in Jupiter, Florida, the United States, to parents Wade Harrouff and Mina Harrouff. When Austin was one, Mina and Wade Harrouff had a baby girl named Hayley Harrouff. At the age of 13, Austin’s parents separated, and he lived with his mother and younger sister. However, his father remained in contact with Austin and regularly visited him. Wade and Austin Harrouff would go out fishing together amount many other activities. Austin graduated from Suncoast high school in 2015, where he played on the football team for four years. He was also on the wrestling team. Austin enrolled at Florida State University, where he majored in biology. During his freshman year, Austin Harrouff joined a fraternity, where he partied 2 to 3 times a week. Partway through college, Austin changed his major from biology to sports sciences. In April 2016, Austin met a girl who eventually became his girlfriend. In July of 2016, he started a 6-week internship at his father’s dental practice and moved back home with his mother.

John Stevens was born in South Miami and attended Miami Killian High School before going on to work.

John Stevens and Michelle Mishcon met in 1997 at a financial firm in Miami where they both worked. The pair hit off right away. They bonded over their mutual love for fishing.

Not long after they met, Michelle lost her mother to a heart attack caused by a popular dieting drug called Fen-Phen. The drug was later removed from the market when it was discovered to have caused severe heart effects in a third of all patients. Michelle and John married on June 9th, 1997, the same year they started seeing each other. In 2007 they decided to transform their garage in the home they shared in Florida into a place where family and friends could come to hang out. It featured three couches, a flat-screen tv, a coffee table, a bbq grill, an ice maker, dart boards, and beach-themed decorations. They called it the garage mahal. The only rule was if the garage door was open, you were welcome to join us. They hosted many events and gatherings there, and they would often hang out there together.

On the 15th of August 2016, Austin Harrouff, his younger sister, his father, and his father’s girlfriend went out for dinner at a restaurant. Austin Harrouff had been acting strange lately, and his father had had enough. Austin and his father, Wade, got into an argument, resulting in Austin leaving the restaurant on foot. They called his mother, Mina, assuming he was going home, but he didn’t go home. She called his best friend to see if he had walked there instead-but he also hadn’t seen him. They tried to find him, but they couldn’t locate him. Mina called 911 and said her son was acting weird and now no one could find him, and she was really worried. At 2.30 am, there was a knock at Mina’s door. It was a handful of police officers who told her that her son Austin had been involved in a serious crime and had been arrested and taken to the hospital. So what happened?

On Monday, August 15, 2016, 59-year-old John Stevens and 53-year-old Michelle Stevens were sitting out in their garage with the door open, the lights on, and the radio playing.

According to Austin, when he left the restaurant, he felt invincible. He recalled “running and following the stars.”

Austin stumbled upon the open garage. By the time Austin reached the garage, he had removed his clothes and was in his underwear. He, however, kept his knife on him. He walked into the garage at 9:15 pm. Michelle yelled at him, saying who are you. He started stabbing at her and John with his knife as well as stuff he had found around the garage. He also finds stuff to beat them up with. He was smashing things over their heads.

A neighbor, Jeff Fisher, tried to intervene when he heard the commotion. He saw Michelle on the floor and John being attacked. Austin stopped what he was doing, looked at Jeff, and said, “you don’t want any of this.” Jeff tried to help. However, Jeff was also attacked by Austin. Jeff was stabbed multiple times as he tried to rescue the couple. Jeff Fisher survived the attack. He had stab wounds on his back, neck, and head. His wife called 911. The operator could hear screaming in the background. The police rushed over and were shocked by what they saw.

When the police arrived at the scene, they discovered 19-year-old Harrouff on top of John Stevens, grasping and bear-hugging his dead body. Austin was growling and taking bites out of John’s face and stomach. The officers shouted at Austin, telling him to get off the man, but he started making animal noises and growled at them like a dog. The officer tried to pull Austin off, but he couldn’t, he tried to tase him, but the taser did not affect Austin. He didn’t want to shoot at Austin because he was so close to John, and they didn’t know that he was dead at that stage. The officer kicked him in the head, which also didn’t work. A k-9 officer put a dog on Austin. It ended up taking four officers to get Austin off of John. Austin had to be physically removed from the man’s body as he cried out just kill me. As they were handcuffing him and searching him, they found bits of human flesh inside his mouth. Austin spat out a piece of flesh.

After they had Austin handcuffed, and under control, they went to check on the married couple. It was immediately apparent that they were both dead. Austin had bashed and stabbed the couple to death. Michelle had been stabbed, but none of her wounds were fatal. She had died from being beaten. John had been stabbed to death. Austin was still growing as he was strapped into an ambulance. He told the ambulance staff that he had eaten something bad. When they asked him what he ate, he said humans.

Austin said he had no memory of the events and that the only thing he recalls is waking up in the hospital.

Austin spent over a month in the hospital. His organs were severely damaged. His kidneys were failing.

Was Austin Harrouff on drugs?

Austin began experimenting with alcohol and weed from the age of 17. When he started university, he started experimenting with Adderall and Vyvanse to help him stay awake to study. He did smoke weed daily until he realized drugs were bad and evil. Some dormant mental illnesses can be triggered by weed usage, such as Schizophrenia. He experimented with mushrooms, acid, LSD, and coke at college. Blood samples were taken, and the toxicology report came back clean. Austin had been sober when he committed the crime.

Two psychological evaluations were completed. They diagnosed him with bipolar type one disorder. They also said that he was legally insane at the time of the attacks. Similar cases had been found to involve the use of bath salts. Due to the lack of drug use, it is reasonable to assume a mental illness and a psychotic episode.

What happened to the Stevens family?

The married couple was hanging out in their garage that they had customized together with the door up and the lights on. Austin Harouff stumbled upon the garage and began to attack Michelle and John Stevens. The retired couple was murdered after Austin repeatedly stabbed and bashed them. He then began to take bites out of John’s face and stomach.

Why was Austin Harrouffs trial delayed?

Austin’s trial was delayed as the prosecutor requested a third psychological evaluation.

Was Austin on drugs at the time of the attack?

Blood samples were taken, and the toxicology report came back clean. Austin had been sober when he committed the crime.

What was the result of the psychological evaluations completed by Austin Harrouff?

Two psychological evaluations were completed. They diagnosed him with bipolar type one disorder. They also said that he was legally insane at the time of the attacks. Similar cases had been found to involve the use of bath salts. Due to the lack of drug use, it is reasonable to assume a mental illness and a psychotic episode.