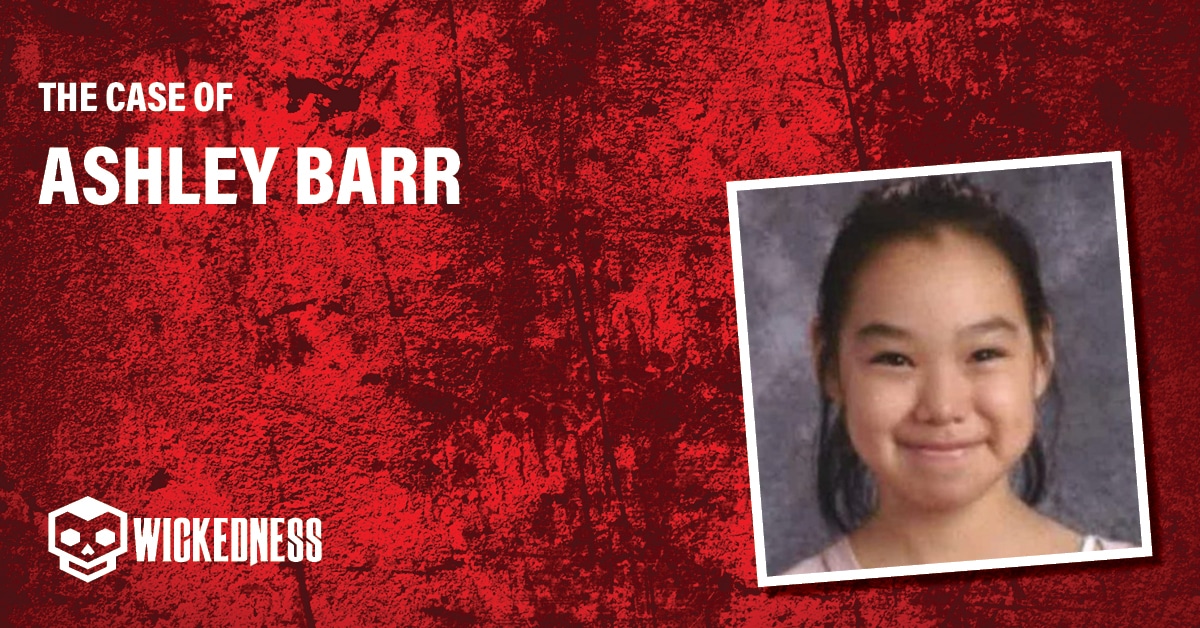 A 44-year-old man was sentenced to 99 years in prison after pleading guilty to kidnapping, sexually assaulting, and murdering an innocent girl—10-year-old Ashley Johnson-Barr.

On March 12, 2008, Ashley Johnson-Barr  (Ashley Barr) was born to parents Walter Scotty Barr and Josie Johnson. In 2018 Ashley was a fun-loving fifth-grader with a passion for basketball. She would play in the school gymnasium at any opportunity she got. Ashley would often play with her friends but would always be home before dark.

Thursday, September 6th, 2018, Ashley spent the afternoon playing with her friends at Rainbow Park. Rainbow Park was a popular place for kids to hang out. It was located in the center of town, 5 miles from Ashley’s family home. Ashley was a mature girl and had her cell phone, so her parents let her go to the crowded playground alone. However, when Ashley did not return home before her curfew, her parents became concerned. It was unlike Ashley Barr not to be home. They began calling her cell phone but got no answer.  Immediately sensing that something was wrong, they headed straight to the park. At the park, a witness told them they had seen her leaving the park in the direction of home.  They began to make their way home searching all the streets Ashely could have taken. They assumed she would be home waiting for them when they didn’t see her. But sadly, she wasn’t. They kept calling Ashely’s cell phone, and then finally, a few hours later, Josie’s phone began to ring. It was a call from Ashley. Josie was so relieved; however, it wasn’t Josie on the other end of the phone. It was a family friend. The family friend JJ had found the phone in a family member’s coat pocket. The jacket belonged to a man named Peter Wilson, who sometimes stayed with JJ and her family. He had only been back in Kotzebue for six months and was homeless. Ashley’s father, Scotty Barr, quickly showed up at the home to collect the phone and question Peter. Scotty knew Peter. The two were related, but they weren’t considered close. According to Scotty, Peter was acting strange from the very beginning and refused to make eye contact. Peter told Scotty he found the phone and picked it up, but Scotty was unsure.

Finally, at 12.45 am, with no sign of Ashley, the family reported Ashley missing. The police searched into the night and the next day. But no sign of the little girl was found. Alaska State Troopers and FBI agents flew into Krotzebue and joined a desperate community-wide search for the young girl.

On the 14th of September at 4.15 pm, eight days after Ashley went missing, investigators tracked her phone and found her body in a remote and rugged area of the tundra about two miles from where she was last seen. The police’s attention now turned towards finding Ashley Johnson-Barr’s killer.

Peter Wilson was arrested on September 14th, 2018. He was charged with making false statements after he lied, saying he did not know who Ashley Barr was. In an interview, he had told police he didn’t know Ashley and had never met the girl. However, this contradicted that police had already heard from Ashley’s family. Ashley’s father had told police that they knew Peter and that he had visited the family home a few times. He and Peter, although not close, were related.

Peter had been in and out of trouble with the law for quite some time. His criminal records showed he had previously been jailed three times. The offenses were mainly alcohol-related.

An autopsy was performed on Ashley’s body and concluded that she had been sexually assaulted. Her cause of death was asphyxia due to obstruction of her airway and constriction of her neck. The DNA evidence found on the little girl matched Peter.

Peter Wilson was also covered in scrapes, bruises, and cuts, that matched those expected of someone who had tracked through the rugged bush scrub where Ashley’s body was found.

After initially pleading not guilty, Peter Wison pleaded guilty to first-degree murder and first-degree sexual abuse of a minor in the Ashley Johnson-Barr case. Peter eventually confessed to the murder after the case investigator confronted him with evidence linking him to the crime. He was offered a plea agreement. He was sentenced to 198 years in prison with 99 years suspended.

What happened to Ashley Barr?

Ashley Johnson- Barr was reported missing after she failed to return home from a crowded city playground on the 6th of September 2018. She was found eight days later, dead.

Who was arrested for the murder of Ashley Barr?

Peter Wilson was linked to the crime through DNA evidence. His DNA was found on the young girl’s body. He also was in possession of her phone.